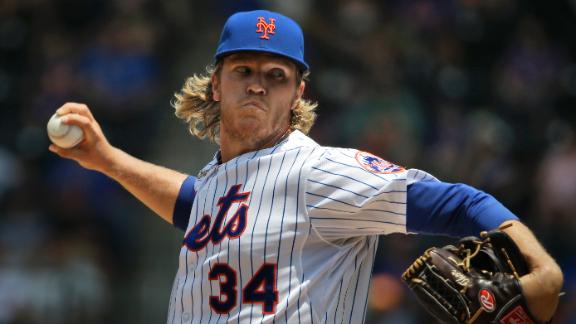 The two-time All-Star outfielder for the Milwaukee Brewers was beaned by a 96 mph fastball from Mets rookie Noah Syndergaard, and he walked off the field with a pair of team trainers at his side Sunday in a 5-1 loss to New York.

"I put my head right in that position to have the ball hit my helmet," Gomez said.

Gomez was struck squarely in the left earflap in the sixth inning and went face down in the dirt for a few seconds.

Syndergaard clapped into his glove when Gomez was helped into a sitting position. A Mets trainer who has known Gomez since his days in New York also came on the field to assist, if needed, and a pinch runner came from the dugout.

"Everything good. No concussion," Gomez said.

Gomez said he hoped to play Monday night at Detroit, though manager Craig Counsell said it was too early to tell.

"Scary," Counsell said of the incident.

Gomez, who has a history of concussions, initially told Counsell he wanted to stay in the game for another at-bat. The manager thought otherwise.

"You're going to be sore for a few days," Gomez said. "I feel fine. No headache and no bleeding, so everything is good."

Gomez said he was certain there was no intent, and he was impressed with Syndergaard.

"He just tried to throw me in. Nobody wants to hit any player right in the head, especially that velocity," he said, adding, "He's really good."

Even before talking about earning his first big league win, Syndergaard started with the statement: "I hope Gomez is OK."

Syndergaard (1-1) shut down the Brewers, giving up just one single, in the first five innings in his Citi Field debut. In the sixth, he gave everyone a scare.

The prized Mets prospect said he hadn't beaned anyone like that before.

"It kind of rattled me a little bit," he said.

While Gomez got assistance, Mets manager Terry Collins went to the mound to speak with the 22-year-old rookie.

"You could tell he was shook up," Collins said.