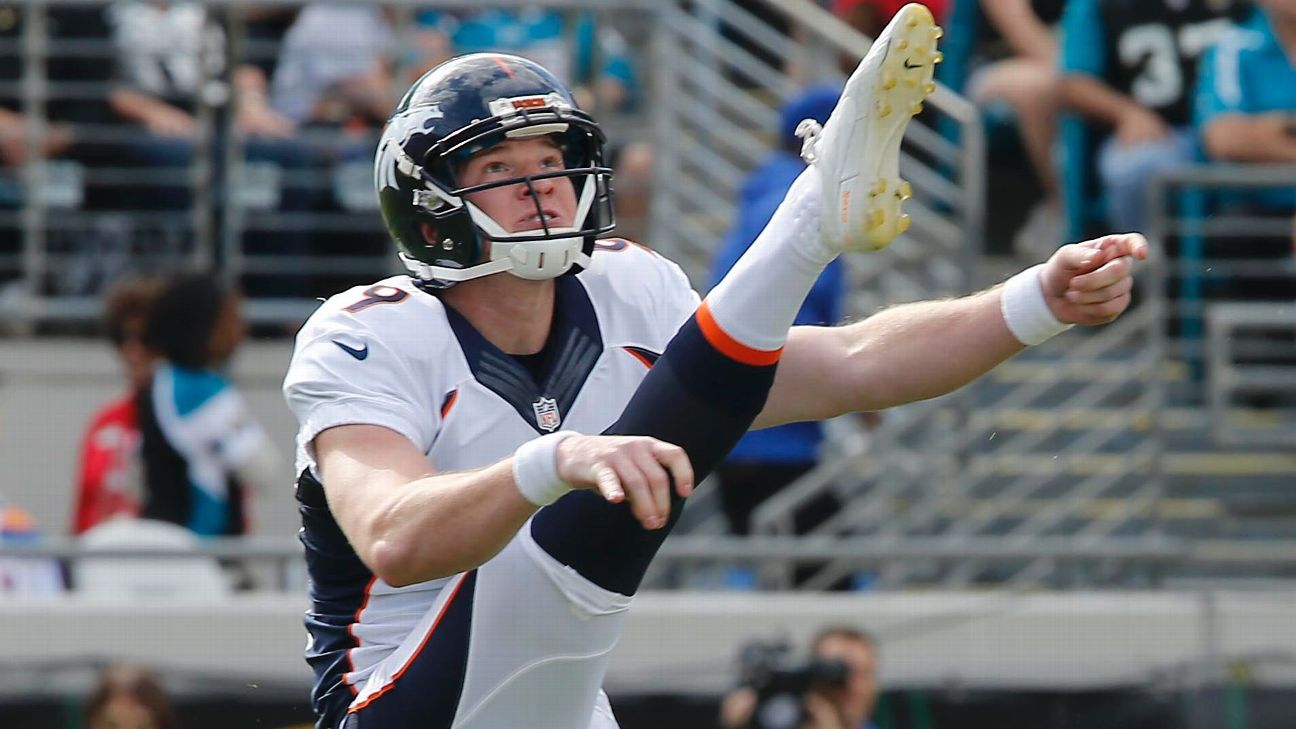 The New York Giants are set to acquire punter Riley Dixonfrom the Denver Broncos in exchange for a future conditional pick, a source told ESPN on Friday.

Dixon became expendable after the Broncos signed Marquette King as a free agent earlier this month. The Giants had an opening after cutting Brad Wingin March following a poor season.

Dixon, 24, had been on the trade block and was looking for a landing spot. He did not report to the start of Denver's offseason workout program earlier this week. There were other teams interested in his services.

A third-year pro, Dixon averaged 45.6 yards per punt this past season. Two of his kicks were blocked last season, as Denver's special-teams units struggled. The Broncos averaged 40.8 net yards per punt last year, tied for 26th in the NFL.

The Giants finished last with an average of 38.6 net yards per punt. They've invested heavily in their special teams this offseason, including signing special-teams ace/wide receiver Cody Latimer from the Broncos.