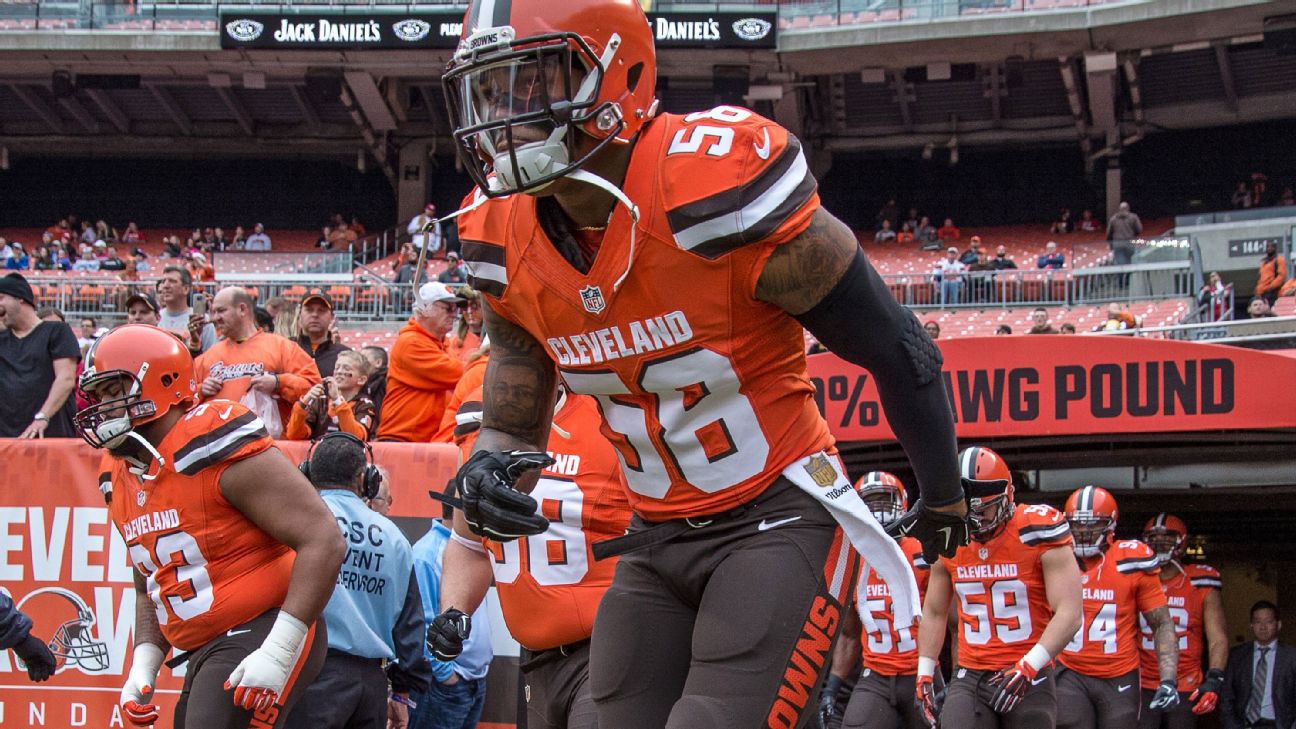 The Cleveland Browns have placed linebacker Christian Kirksey and cornerback E.J. Gaines on injured reserve for the rest of the season.

Kirksey, one of the team's captains, hurt his hamstring in Sunday's loss to the Chiefs. Gaines incurred his second concussion in three weeks in the same game.

Interim coach Gregg Williams would not specify who would start or play for them, citing strategic reasons. "They (opponents) just don't need to know," Williams said.

The Browns are feeling the brunt of injuries on the defensive side of the ball. Starting cornerback Terrance Mitchell is on injured reserve with a broken wrist; he could return for the final four games.

Cornerback Denzel Ward injured his hip and had to leave the game against Kansas City; his status will be clarified when the injury report is released.

At linebacker, Joe Schobert is still recovering from a hamstring injury that sidelined him in a loss to the Chargers Oct. 14. He has missed the past three games.

After a fast start, the Browns' defense has dropped in almost every league ranking as the record has gone from 2-2-1 to 2-6-1. The Browns rank 31st in total defense, 27th in passing yards per game, 32nd in rushing yards per game and 28th in points per game.

Kirksey had started every game this season and played every snap of 2016.

"The experience factor is always a part of anything we do at this level," Williams said. "He did things or has done things that are common sense to the league. As coaches, when they experience them you don't have to go through every little detail. Then his leadership is very good. He's a vocal guy, an inspirational guy, a fun guy and very well respected on the team."