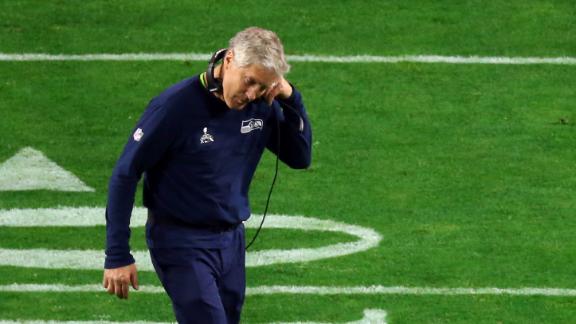 Seattle Seahawks linebacker Bruce Irvin was fined $10,000 for sparking a scuffle at the end of Super Bowl XLIX, one of four players involved in the melee who were fined by the league.

Irvin, who was ejected after the New England Patriotsattempted to run out the clock after thegame-sealing interception, drew the largest fine.

Patriots quarterback Tom Brady was attempting to simply take a knee with 20 seconds remaining at his 5-yard line when Irvin and Gronkowski got into a shoving match. Irvin then got pushed from behind as the unrest escalated.

Irvin, who then locked up with Hoomanawanui and had to be separated, later apologized for his actions.

As was reported earlier in the week, the NFL also confirmed that Seahawks receiver Doug Baldwin was fined $11,025 for unsportsmanlike conduct following his touchdown reception.