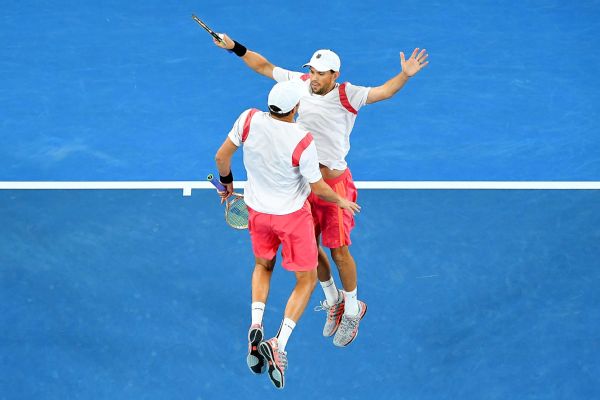 The third-seeded American twins celebrated with their traditional chest-bump leap after closing out the match, their 10th semifinal appearance at Melbourne Park.

Mike Bryan dropped serve in the first game, but the brothers were quickly back on track in what became a tight set decided in a tiebreaker.

The Bryans' variety of shots came to the fore on the critical points as they reeled off the first six points in the tiebreaker.

After a 25-minute rain delay to start the second set, the match resumed under the closed roof on Rod Laver Arena.

At 2-2, Garcia-Lopez found himself under attack on serve, and he double-faulted to hand the Bryans the vital service break.