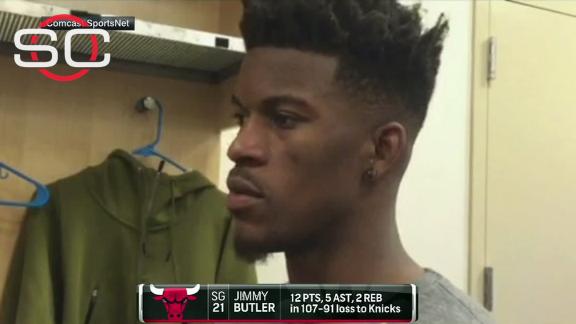 When asked whether a shakeup is needed in order for the Bulls to start playing at an appropriate level, Butler was blunt in his assessment.

"I believe in the guys in this locker room, yeah," Butler said. "But I also believe that we probably have to be coached a lot harder at times. I'm sorry, I know Fred's a laid-back guy, and I really respect him for that, but when guys aren't doing what they're supposed to do, you got to get on guys, myself included. You got to do what you're supposed to do when you're out there playing basketball."

The Bulls (15-10) have struggled in adjusting to Hoiberg's style after five seasons under former coach Tom Thibodeau. Hoiberg has a much calmer demeanor and style than Thibodeau, who ran a tighter ship than most around the league. Thibodeau earned a 255-139 record in five seasons but was fired at the end of the 2014-15 season in part because of a broken relationship with the Bulls' front office and frayed relationships with his players.

Despite all the tension at the end, Bulls players, including Butler, never publicly called out Thibodeau. Now 25 games into his first season, Hoiberg will have to do deal with palpable frustration from within his locker room. Butler acknowledged "it's different" between the two coaches' styles but has repeatedly shown frustration and anger at the way his teammates have performed throughout the season.

"It's not even about being coached a certain way for five years," Butler said. "It's making everybody do their job. We weren't doing what we were supposed to be doing, what we wrote up on that board before the game, and nobody spoke up about it. I did probably not enough times, but I think that he has to hold everybody accountable. From the No. 1 player all the way down to however many guys we got. You got to hold everybody accountable; everybody has to do their job. You win your matchup, you do your job, we win the game."

Butler said he believes Hoiberg can be the coach who calls players out when needed.

"Yeah, he's got to be," Butler said. "He's got to be on me, too. He's got to be on our leaders to call guys out when they're not doing their job. But I just think from the jump it got out of hand, dug ourselves a hole. When we do that, we normally don't come out of that hole."

At the same time, Butler didn't exactly give a ringing endorsement when asked if there is still time for him and his teammates to listen to the message Hoiberg is giving.

"It's on everybody," Butler said. "But I think when it's coming from him, it's a lot different. It's different when a player is telling another player and a coach is telling a player. I know it's really not in him like that, but, at times, that's what we need."

Butler, who has been open over the past six months about his desire to be more of a vocal leader for the group, feels he has to set a better example, as well.

"It's always frustrating whenever you lose," Butler said. "If we would have won, we wouldn't be saying this, but since we lost the way that we did, I think that had something to do with it. ...No matter if we were a veteran or young team, you still got to do your job. But yeah, we have to lead since we are the vets. We got to lead by example and talk everything out out there. We got another one Monday."

Toward the end of his media session, Butler acknowledged the Bulls are indeed struggling with the adjustment between Thibodeau and Hoiberg.

"Basketball is basketball," Butler said. "Players come play the game, but it's different. I'm not going to say it's not."

Butler: 'We probably have to be coached a lot harder at times'
Bulls SG Jimmy Butler addresses coach Fred Hoiberg's laid back style after Chicago's loss to the Knicks. 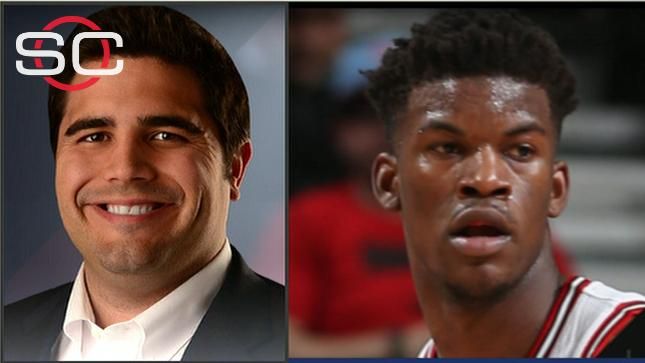