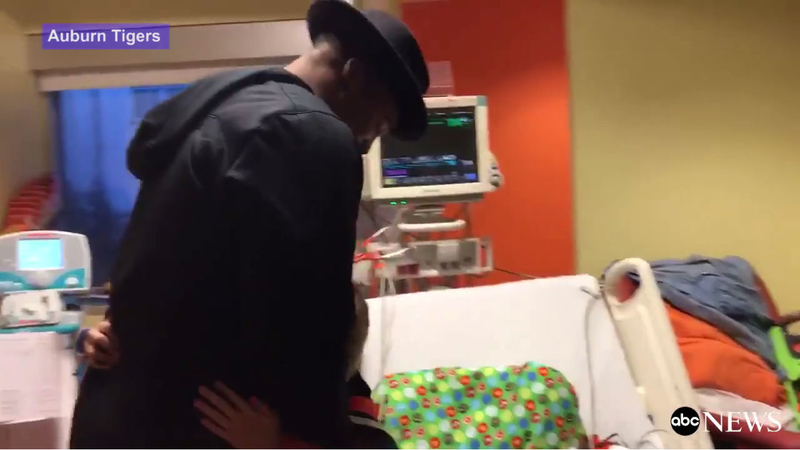 Cam Newton spent part of his day off Tuesday at an Atlanta Hospital granting a Christmas wish for a young Auburn fan with a severe heart condition.

Ten-year-old Austin Deckard, who was diagnosed with advanced pulmonary hypertension, received the visit of the Carolina Panthers quarterback just one day before he was to undergo a risky procedure.

She mentioned Deckard's condition and how he wished to meet his favorite football player.

"Austin told me he 'wished Cam Newton could come to his birthday party,'" Cooper said in her post. "Austin may not ever make it to an Auburn football game but I know social media is a strong force that can make things happen."