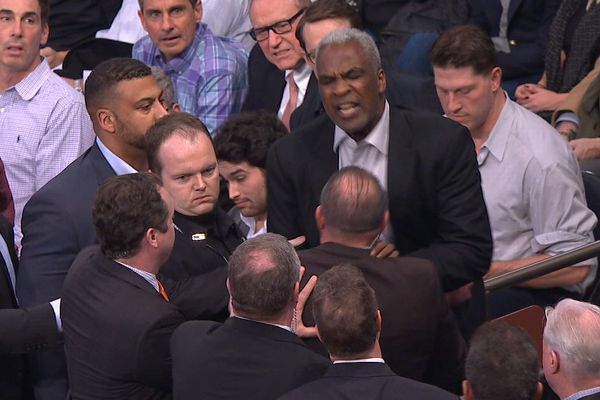 NEW YORK -- Knicks favorite Charles Oakley has made his first court appearance since his arrest and ejection in February at Madison Square Garden.

Oakley was arraigned Tuesday in criminal court in Manhattan on misdemeanor assault and other charges before being released without bail.

Prosecutors have accused Oakley, 53, of striking a security guard in the fracas. They say two other people who intervened were pushed and received cuts.

Oakley says he'll fight the charges. He told The Associated Press in an interview this week that he didn't do anything wrong.