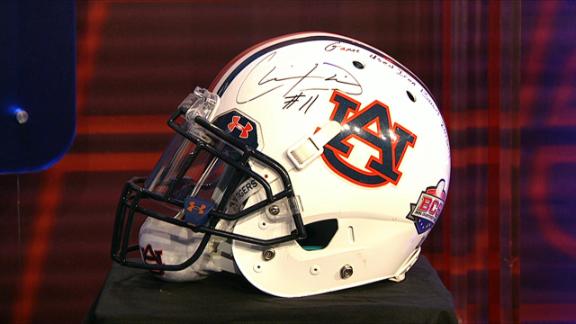 The helmet worn by Auburn'sChris Davisduring his improbable 109-yard return as time expired to beat Alabamain last year's Iron Bowl is being put up for auction.

Ken Goldin, president of Goldin Auctions, said his firm has acquired the helmet from a family friend of Davis. The helmet is inscribed "Game Used Iron Bowl 2013" and signed by the cornerback and kick returner.

"I know there are several Auburn graduates who are big memorabilia collectors who will be bidding on this," Goldin said.

Goldin said the helmet was used throughout the season, including the Iron Bowl, the SEC title game, BCS Championship and the Senior Bowl.

Game-used college football helmets don't come to market often. An Archie Griffin game-used Ohio Statehelmet, believed to have been worn during his 1974 and 1975 Heisman seasons, sold at auction for $28,680 this year.

Perhaps the most famous helmet tied to a moment is the helmet worn by Pittsburgh Steelers defensive end James Harrison. The helmet he wore in Super Bowl XLIII, when he had a record-breaking 100-yard interception return, sold for $53,775 in 2012.

The ball Davis carried during the return was presented after the game to Auburn athletics director Jay Jacobs. Auburn also has the jersey worn by Davis during the game.

Davis was signed as an undrafted free agent by the San Diego Chargers after the 2014 draft. He has yet to see action. 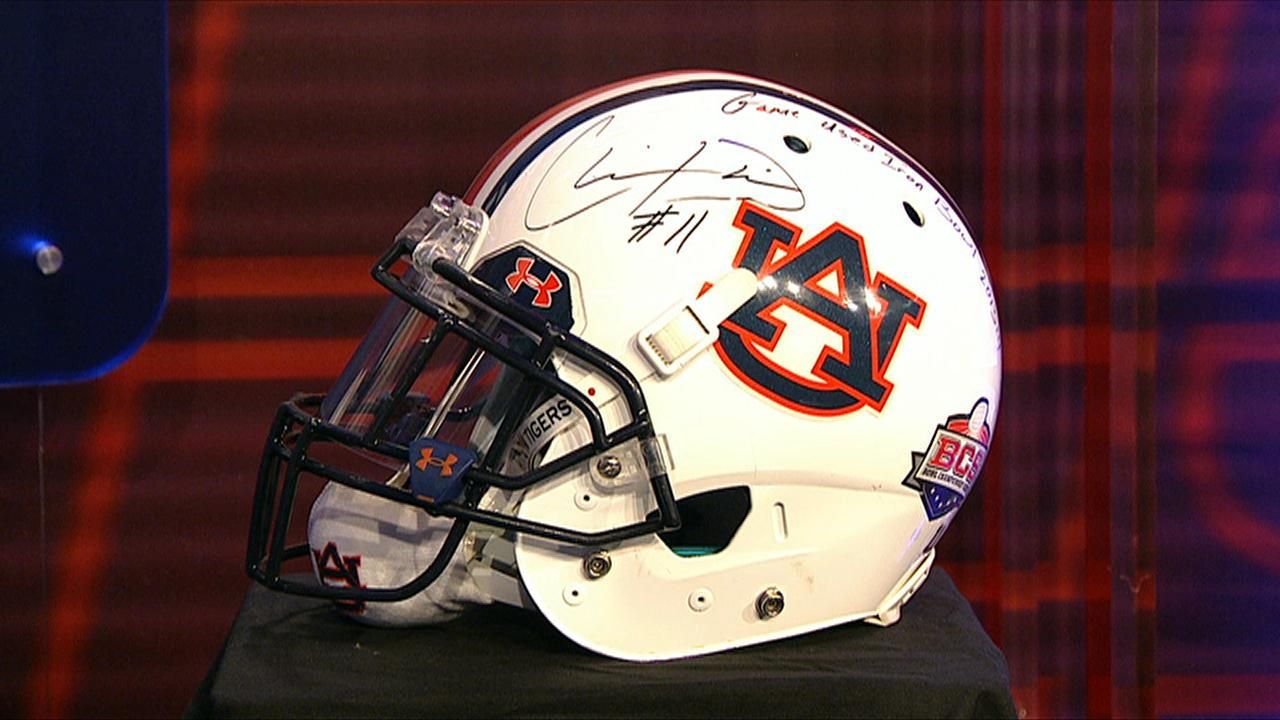