OAKLAND, California -- LeBron James cradled the shiny gold trophy and struggled to sum up what might be his sweetest championship yet, the one he is so proudly bringing home to his native northeast Ohio just as he promised to do when he returned to the Cavaliers two summers ago.

James and his relentless, never-count-them-out Cavs pulled off an improbable NBA Finals comeback, and Cleveland is title town again at long last.

Unfazed by the criticism and chatter all series, James delivered on a vow to his home state and brought the Cavs back as they became the first team to rally from a 3-1 finals deficit, beating the defending champion Golden State Warriors 93-89 on Sunday night to end a 52-year major sports championship drought in Cleveland. 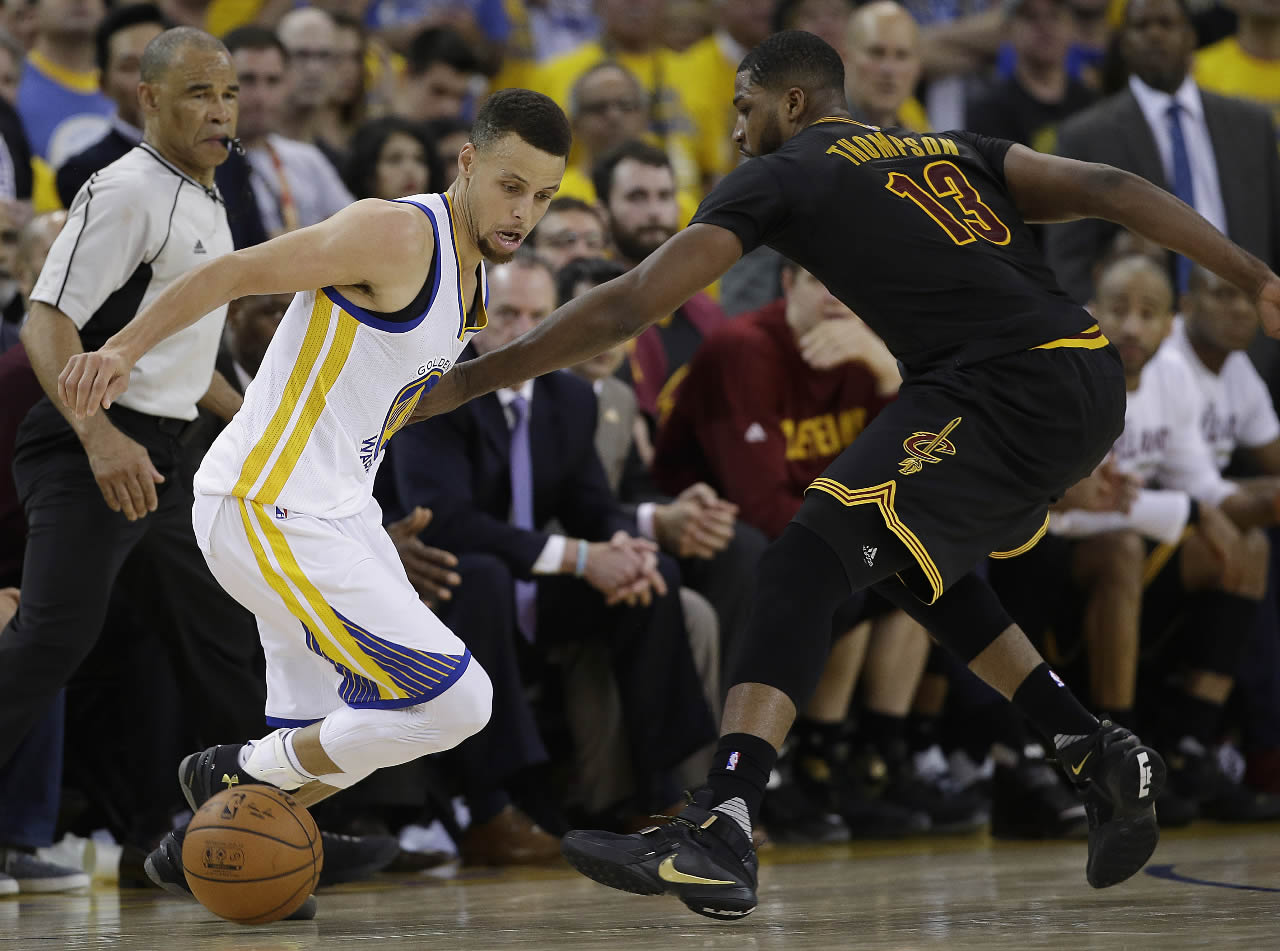 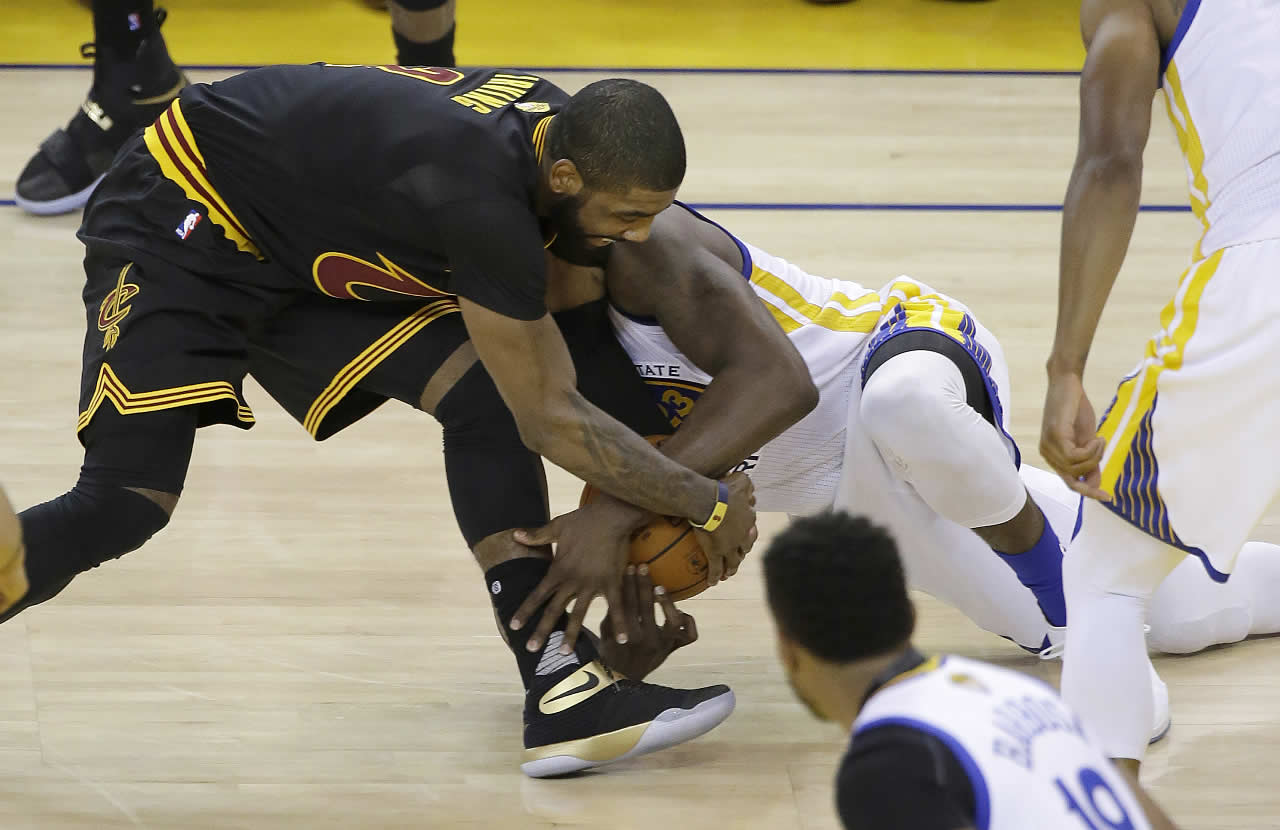 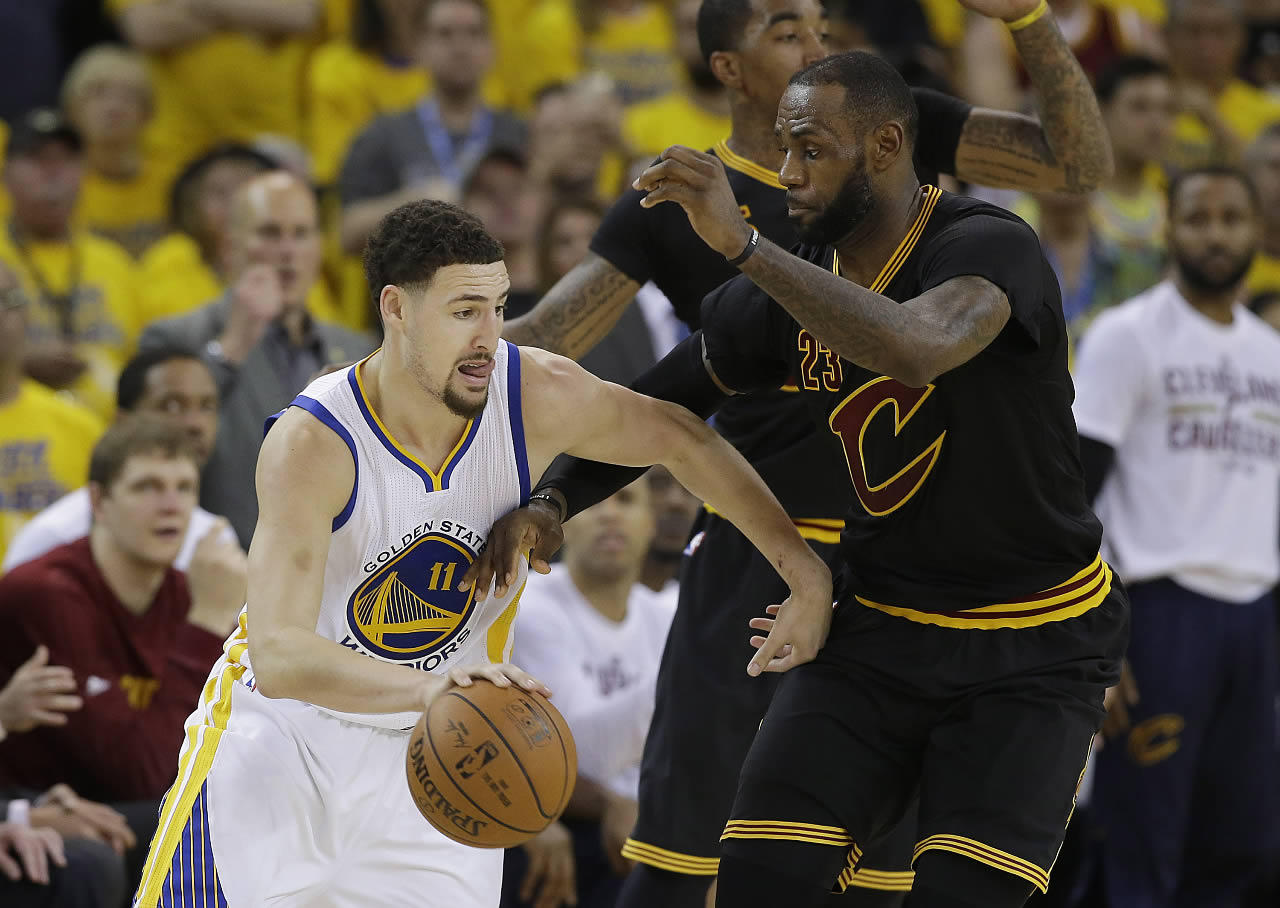 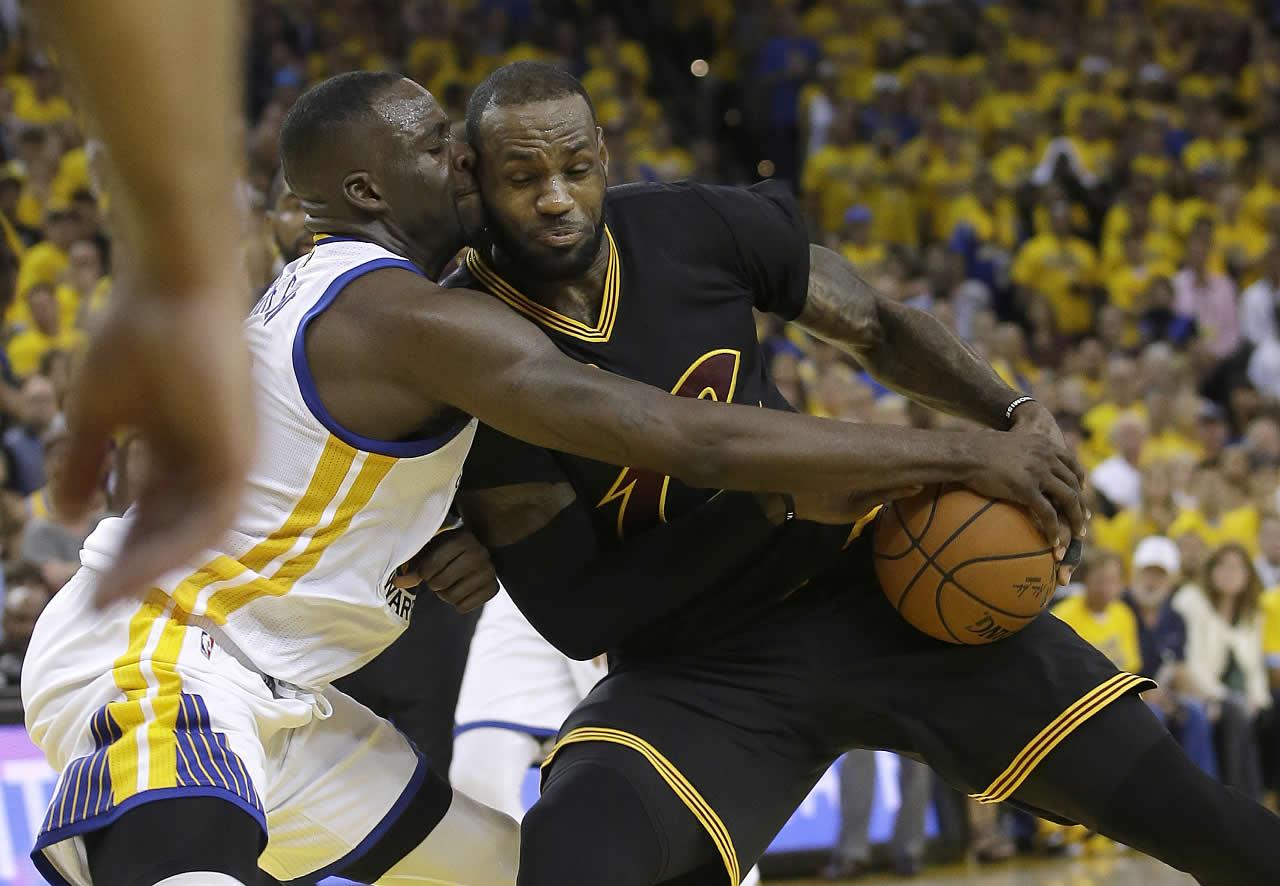 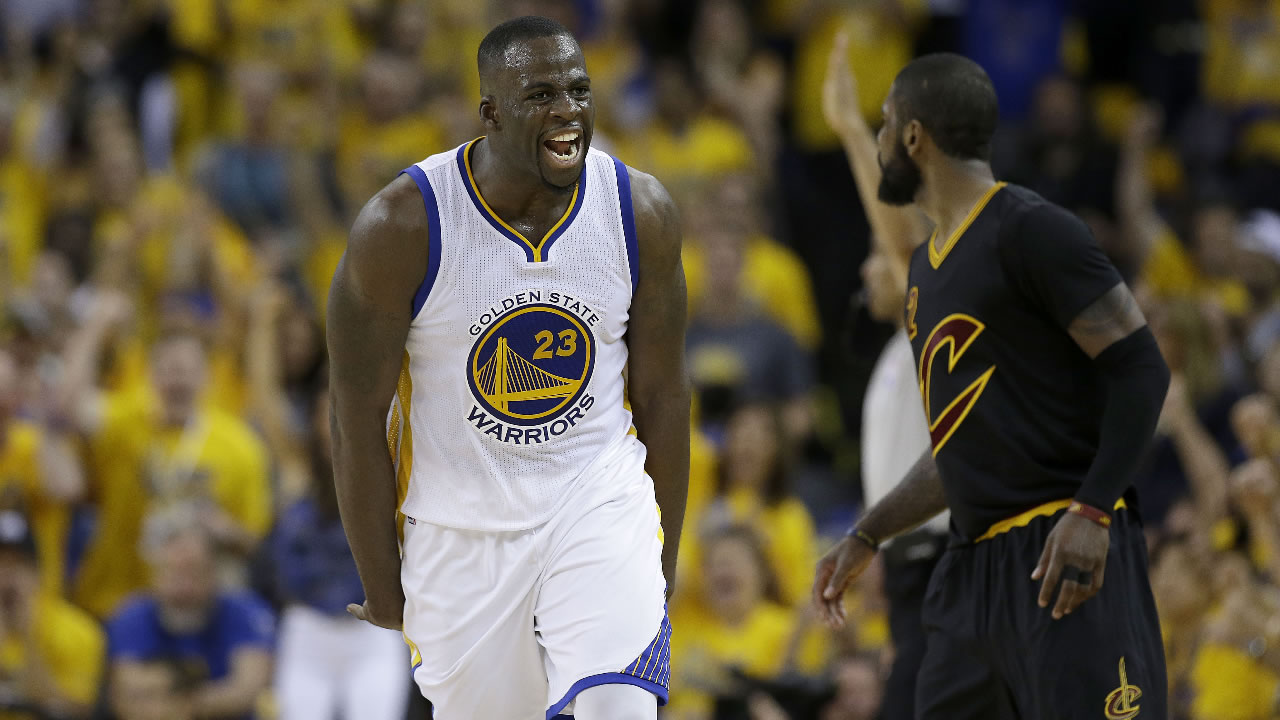 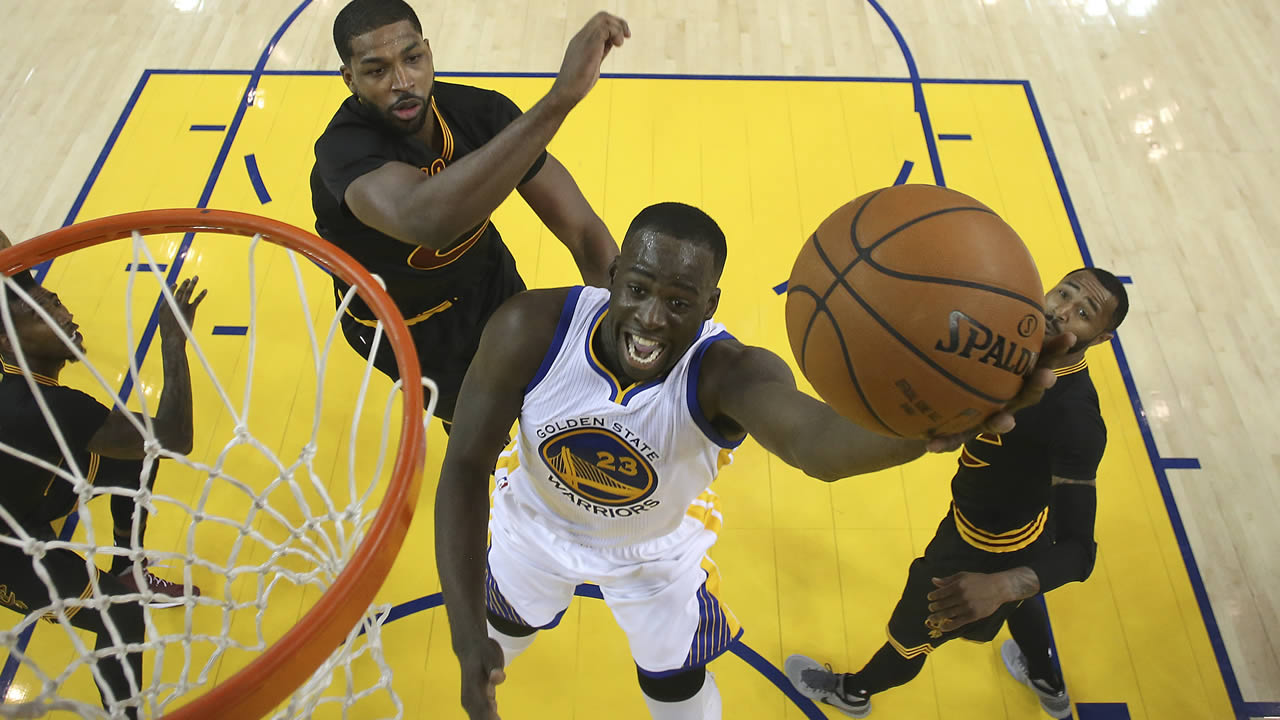 In a testy series of blowouts - and a few blowups - the winner-take-all Game 7 provided the thrilling finale with James as the finals MVP disarming two-time reigning MVP Stephen Curry and his record-setting Warriors.

Playing his sixth straight finals, James almost single-handedly carried the Cavs back into this series and finished with 27 points, 11 assists and 11 rebounds as the Cavs captured their first championship in franchise history and gave their city its first major sports winner since the Browns won the NFL title in 1964. He also had three blocked shots and two steals, overcoming five turnovers.

"CLEVELAND! This is for you!" James bellowed in his postgame interview before being announced as finals MVP.

An emotional James fell to the floor when this one ended with a second win in six days on Golden State's imposing home floor, surrounded by his teammates. Only seconds earlier, he went down in pain with 10.6 seconds left after being fouled by Draymond Green while going for a dunk, then came back out to make the second of two free throws.

After four successful seasons in Miami and two titles with the Heat, James came back to the Cavs in hopes of winning the title this franchise and championship-starved city so coveted. It took a second try against Golden State after Cleveland lost to the Warriors in six games last year.

Cleveland did it after a coaching change, with Tyronn Lue taking over in January for the fired David Blatt.

Kyrie Irving scored 26 points to cap his brilliant finals, including a 3-pointer over Curry with 53 seconds left.

"It was a fairytale ending," Irving said.

Curry sat briefly on the bench to take in the scene after the Warriors made their last basket with 4:39 left.

"It hurts, man," Curry said. "I'm proud of every single guy that stepped foot on the floor for our team this year. ... Hopefully we'll have many more opportunities to fight for championships and be on this stage. This is what it's all about."

Green had 32 points, 15 rebounds and nine assists, but the Warriors' record-setting season ended without the only prize this close-knit "Strength In Numbers" crew cared about from way back in the beginning - through the record 24-0 start as Coach of the Year Steve Kerr was out, Curry's second consecutive MVP campaign, and the 73 regular-season wins to break the 1995-96 Chicago Bulls' mark.

As Cleveland celebrated in the trophy ceremony, Green returned to the floor to congratulate the Cavs. He stopped by the winning locker room, too, and Warriors general manager Bob Myers delivered the winning nets freshly cut down.

The Warriors might always be remembered as one of the best teams ever that couldn't close it out, and Green is taking at least a good share of the blame after he sat out Game 5 on Monday night suspended for flagrant fouls.

The Cavs staved off elimination twice to force Game 7 back at Oracle Arena, where the Warriors went up 2-0 with a pair of lopsided wins to start this series.

This marked the first NBA game decided by five points or fewer since May 11, Golden State's 125-121 victory over the Portland Trail Blazers in Game 5 of the second round.

With its 100th postseason victory, Cleveland became just the fourth team to win an NBA Finals Game 7 on the road.

Curry - who said beforehand he needed the best game of his career - scored 17 points on 6-for-19 shooting, while Splash Brother Klay Thompson added 14 points while making 6 of 17 shots.

"I didn't do enough to help my team win," Curry said. "It will haunt me for a while."

Report a correction or typo
Copyright © 2022 by The Associated Press. All Rights Reserved.
Related Topics
SPORTS
Watch Live
ON NOW