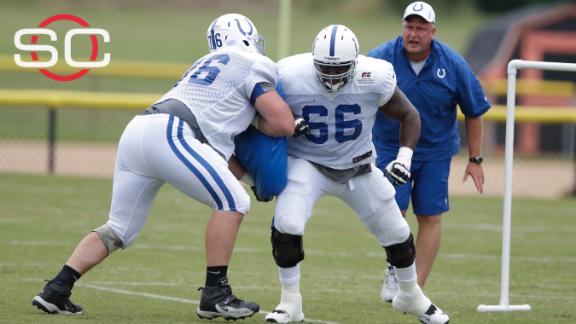 INDIANAPOLIS -- Donald Thomas' time with the Colts came to an end Monday when the guard was released after playing just two games during his two seasons with the organization.

The Colts signed Thomas, 29, to a four-year, $14 million contract in 2013 with the hopes that he would bring stability to their offensive line.

That never happened. He tore his right quad and left biceps in Week 2 in 2013, causing him to miss the rest of the season. Thomas' 2014 season ended before it even started when he tore the same quad in training camp.

Indianapolis just took Thomas off of the physically unable to perform list on Friday.