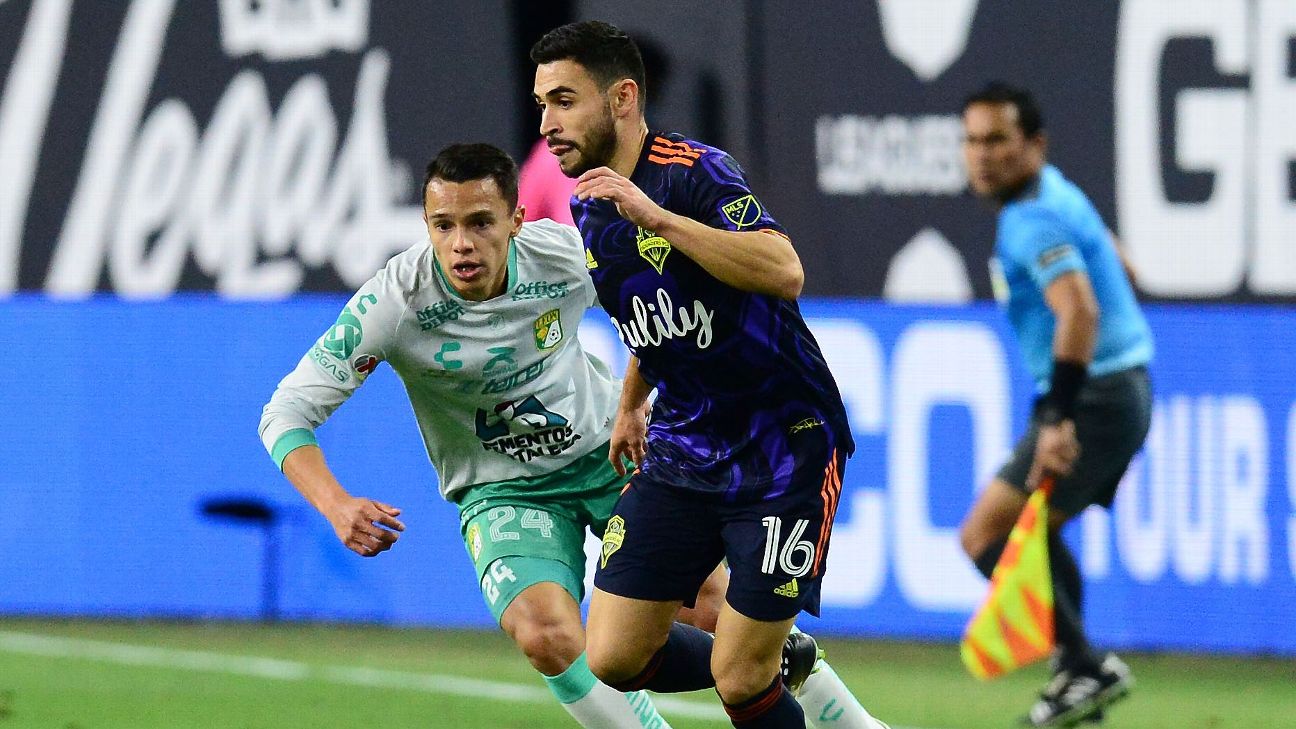 Love is a game that two can play and both win -- unless of course if it's in the CONCACAF Champions League. So it's fitting that on the week of Valentine's Day, several Major League Soccer and Liga MX sides will look to avoid heartbreak inNorth America's premier club competition.

The tournament begins on Tuesday as 16 sides square off in the knockout round. Following two legs this month, the eight winners will advance with hopes of eventually reaching the two-legged finals in April and May.

Per usual, the four Liga MX and five MLS participants lead the pack as the favorites. They are joined by Caribbean Club champions Cavaly AS of Haiti, and the top six Central American sides from the precursor 2021 CONCACAF League competition.

Liga MX sides have gone 13 consecutive seasons with a CCL title, a record that climbs to 16 trophies when counting the Champions' Cup era. It's a dominant streak for Mexican teams, to be sure, but could this be the year MLS finally ends it? With two finals appearances in the last four editions, MLS clubs have come close in recent years. Or, will this be the year in which an up-and-coming club defies the odds and trounces the front-runners?

Could the Seattle Sounders make a deep sprint towards a CCL title? Theoretically, they have all the right pieces in order to do so, including striker Raul Ruidiaz, USMNT winger Jordan Morris, and midfield stalwart Joao Paulo. They've held onto several top names in their well-balanced squad, they've brought in an intriguing reinforcement through Slovakia international Albert Rusnakfrom Real Salt Lake, and earlier this month, defender Nouhou Tolo earned a place in ESPN's "Dream Team" for the Africa Cup of Nations.

Under the leadership of head coach Brian Schmetzer, there's a belief that the Sounders can achieve at least one title this season, but it wouldn't be a shock if Motagua make things more challenging than expected. Motagua were impressive in their CONCACAF League performances that carried them to the final last December, a handful of Honduras internationals populate their roster, and in the frontline, Paraguayan forward Roberto Moreira is a consistent goal scoring threat.

And yet, there's just too much talent and promise within Seattle's setup to confidently say Motagua can get an upset.

There are legitimate concerns about whether the Colorado Rapids could recreate the same magic that made them MLS Western Conference winners in the 2021 regular season: Promising youngster Cole Bassett is now on loan with Feyenoord, U.S. men's national team midfielder Kellyn Acosta has gone to LAFC, and up top, well, a much-needed reinforcement in the striker position has yet to arrive.

Led by Jack Priceand Arsenal signeeAuston Trusty, the Rapids' core of the hard-working team from last year remains but some crucial questions linger, and unlike the other CCL Central American sides, there are fewer questions for Comunicaciones.

The Guatemalan giants should not be taken lightly as regular invitees to the CCL. Last February, Comunicaciones narrowly lost to Liga MX's most successful team, Club America, in penalties in the Round of 16. Comunicaciones qualified by winning the CONCACAF League, having the tournament's top two goal scorers in Juan Anangono and Andres Lezcano.

Despite the fact that NYCFC will be playing the return leg in Los Angeles -- due to Yankee Stadium, Red Bull Arena, and Citi Field all being remarkably unavailable -- things are looking encouraging for the 2021 MLS Cup champions. Golden Boot winner Valentin "Taty" Castellanoslooks likely to stay in MLS for the moment amid reported interest from River Plate, and NYCFC have coasted through three February friendlies. Depending on how quickly things are processed, new defender Thiago Martins might be ready for minutes.

NYCFC aren't alone when it comes to playing their "home" leg on unfamiliar ground either. Similar to NYCFC, Costa Rica's Santos de Guapiles will be playing the first leg in San Jose's Estadio Nacional instead of their Estadio Ebal Rodríguez, due to CONCACAF stadium regulations.

All signs point to a tough outing for Santos de Guapiles, who are the lowest-ranked team from those qualifying from the CONCACAF League. The CCL debutants are in the middle of a tight schedule that will take them through six games in 20 days, which includes the trip to L.A. Whether leading names like midfielder Osvaldo Rodriguez or Jamaica's Javon East will be utilized for both matches, remains up in the air.

Tajon Buchanan has left the Revolution for Club Brugge, but in support the Revs brought in veteransOmar Gonzalez, Sebastian Lletget and Jozy Altidore. There's a lot to like about the 2021 MLS Supporters' Shield winners roster that also has marquee names such as striker Gustavo Bou, Adam Buksa, MLS MVP Carles Gil and goalkeeper Matt Turner, who will move to Arsenal this summer. And while it may have been over 20 years ago and in a different era, manager Bruce Arena guided D.C. United to a CONCACAF Champions Cup in 1998 -- a precursor to the current CCL.

The Revs will also have double home-field advantage and a few days of extra preparation. Both legs will be held at Gillette Stadium due to the "security situation" in Haiti, and visa issues for the visitors pushed back the first leg from Tuesday to Friday.

Guaranteed heartbreak for either team. The luck of the draw has placed Santos Laguna and CF Montreal in the only Liga MX vs. MLS match-up. Both are finalists in previous editions of the tournament and both should be expected to make a decent run this year.

For Santos Laguna manager Pedro Caixinha, there will be an opportunity for redemption after stumbling against Monterrey in the 2012-13 CCL final. All of the stars from that era are now long gone, but in their place, the 2021 Clausura runner-ups have filled their roster with a youthful core that is guided by players like Carlos Acevedo, Alan Cervantes, Eduardo Aguirre, Omar Campos and a few others. However, Caixinha, in his second stint now with Santos Laguna, could use some good news after kicking off 2022 with a few losses in Liga MX play.

As for Montreal, lack of a playoff appearance in MLS' 2021 season isn't a good sign despite a strong finish to the end of the regular season. Their run to the Canadian Championship was a close one as well after going through the semifinals on penalties and narrowly defeating Toronto FC 1-0 in the final.

Nonetheless, there are interesting options within their roster. On loan once again from Bologna, 23-year-old goalkeeper Sebastian Breza was impressive in the Canadian Championship and finished as the tournament's MVP. The winter addition of Canadian international Alistair Johnston could be one of the most impactful signings of the MLS season as well. Djordje Mihailovic is also a decisive figure with his chance-creation in the final third.

Although Leon are far from the Liga MX side that lifted the 2020 Apertura title, there remains an impressive amount of experience within their squad that shouldn't be troubled in the Round of 16. Manager Ariel Holan reiterated that the CCL will be "our focus" and that "our dream is to go to the Club World Cup."

Holan might save some of his best for the two legs against Guastatoya, and if key figures like Rodolfo Cota, Angel Mena, William Tesillo and Victor Davila are given prominent roles, Leon should have no excuses in their journey that begins away to Guatemala on Wednesday.

Guastatoya are on the rise in the Guatemalan league, and are currently undefeated in the the division's 2022 Clausura, but the CONCACAF League semifinalists also lack roster depth and have only taken part in one previous CCL run. Fingers will be crossed that their 35-year-old Mexican forward Luis Landin has the Liga MX familiarity to sneak a goal or two past Leon.

Even with a few high-profile names stepping out during the winter, the argument could be made that Cruz Azul have the deepest squad in the CCL. The 2021 Clausura champions made a gamble with their recent roster changes, but it has so far paid off with their 3W-1D-1L record in the current Liga MX season. Despite a front office shakeup this weekend and the reported absence of Carlos "Charly" Rodriguez, Angel Romero and Adrian Aldrete, Cruz Azul have enough roster options within their squad to remain the heavy favorites.

The chance creation and finishing from new signing Rodriguez will be greatly missed, but in support, other recent additions such as winger Uriel Antuna, midfielder Erik Lira and fullback Alejandro Mayorga have been influential in Cruz Azul's 10-point run from their first five matches. Elsewhere, veterans like Jesus Corona, Rafael Baca and Pablo Aguilar have been imposing with their control in their own half of the pitch.

Will Canada's Forge FC be able to keep up? Similar to Santos de Guapiles and Cavaly AS, this will be a first introduction into the CCL for the Canadian Premier League side. Their best bet is making things tough in their chilly first leg in Hamilton, Ontario, this Wednesday, but they'll be doing so without 2021 leading goal scorer Molham Babouli, who has since joined Muaither SC in Qatar's second division.

Pumas are here thanks to their place as finalists in the 2020 Apertura season, but since then, the Mexico City squad have been disappointing. They didn't qualify for the playoffs in the subsequent Clausura campaign and were then lucky to make a playoff run in the 2021 Apertura after an 11th place finish in the regular season.

There's an inconsistency to manager Andres Lillini's setup, which could make them vulnerable to Costa Rica's Saprissa. Despite their poor start to the year in domestic play, three-time competition champions Saprissa have more CCL experience than any other team in the current competition. In the recent CONCACAF League, they painstakingly lost to eventual champions Comunicaciones through away goals after a thrilling 5-5 series in the quarterfinals.

Let's not forget Ticos defender Kendall Waston either. In the latest round of World Cup qualifiers for Costa Rica, Watson was a game-changer in wins over Panama and Jamaica, as well in a scoreless draw at Mexico. 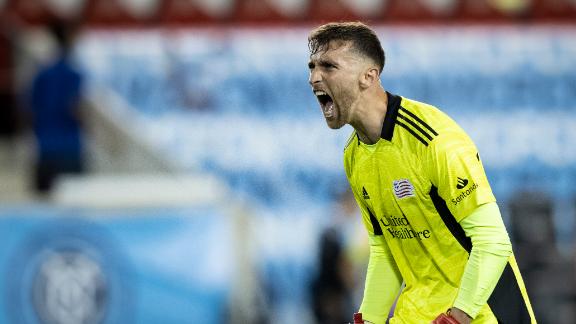 Matt Turner's best saves from the 2021 MLS season
With reported interest from Arsenal in the English Premier League, check out some of the best saves of Matt Turner's 2021 season with the Revs. 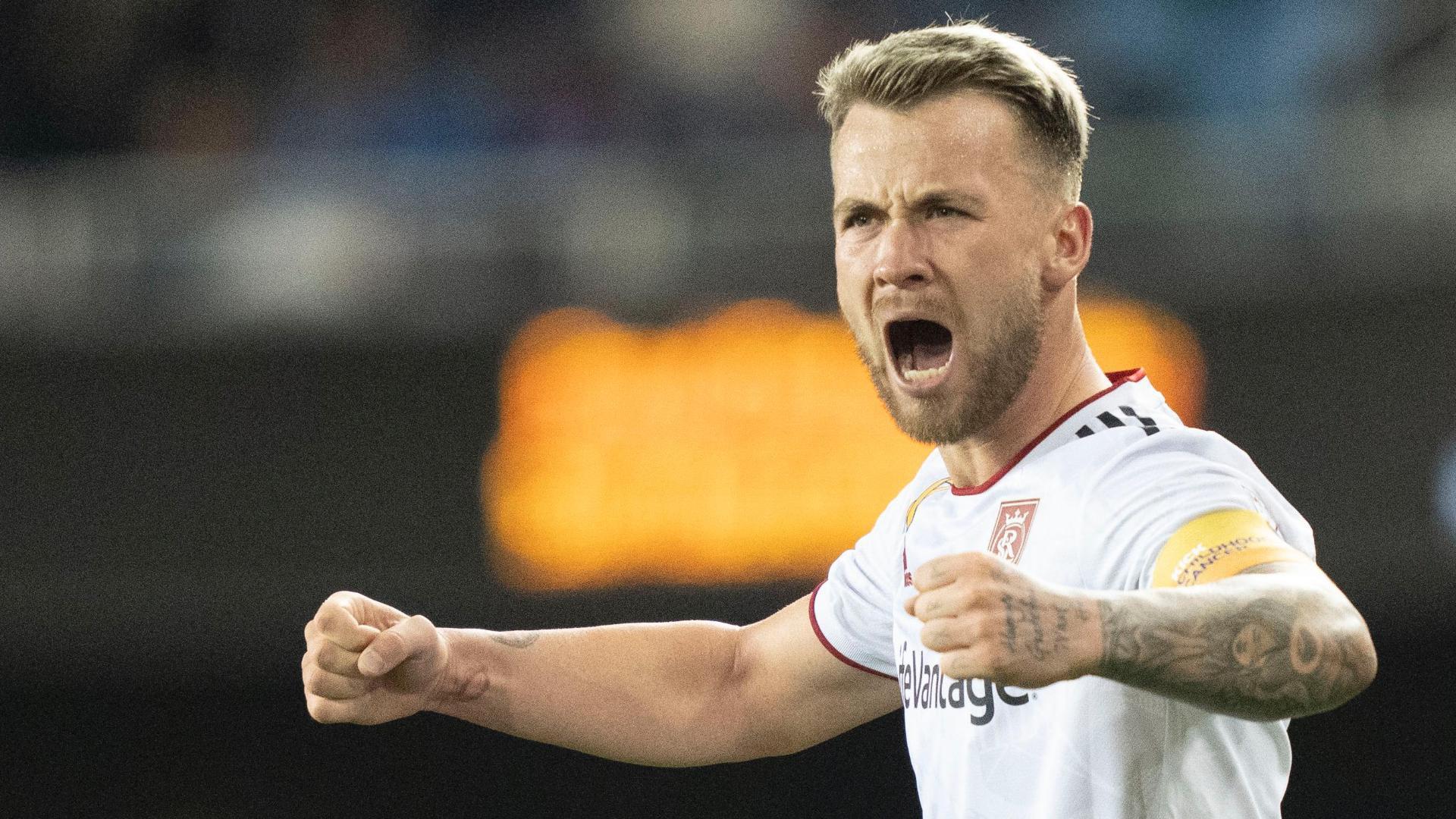