Conn Smythe Watch: Which Round 2 players have MVP cases? 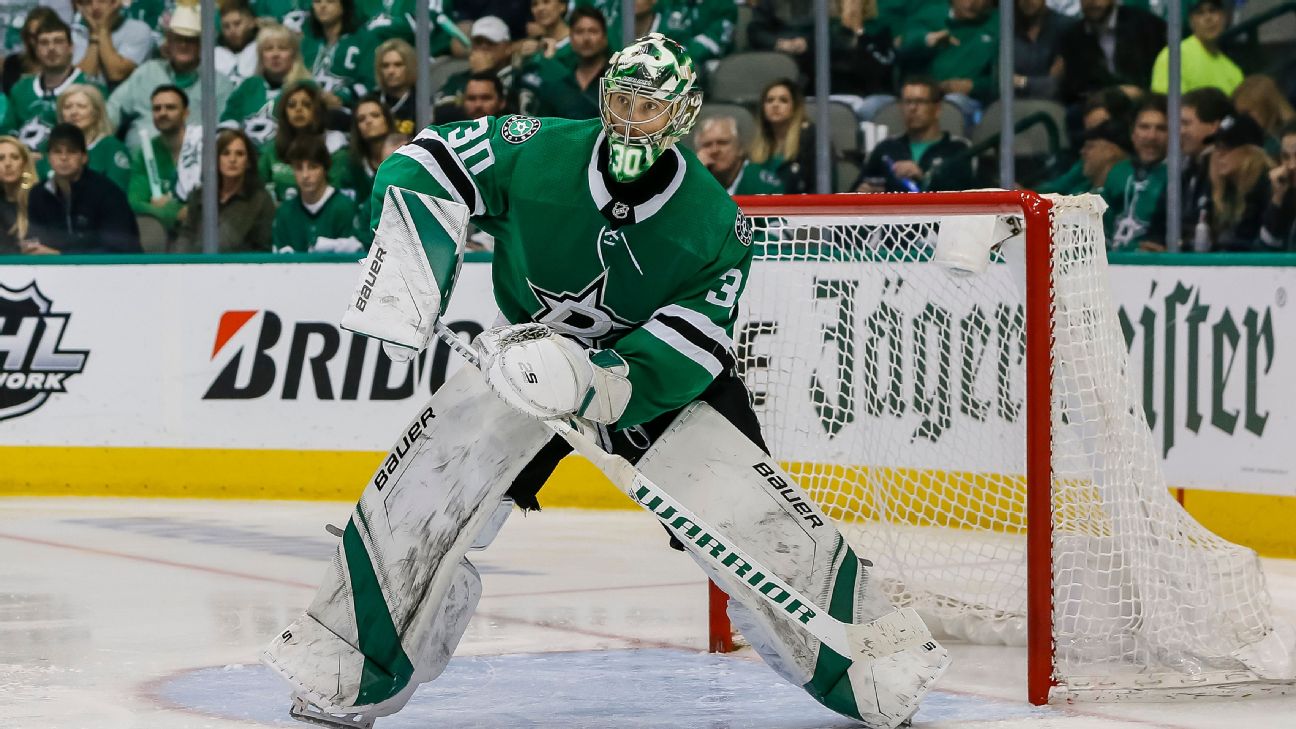 As we clear the rubble from millions of busted brackets, and survey the surprising entrants in the second round of the 2019 Stanley Cup playoffs, we begin to get a sense of the playoff MVP race and the players currently on track for the Conn Smythe Trophy.

Here are some early MVP candidates in the Stanley Cup playoffs:

For the first time in his career, Bob is putting it together in the postseason. He posted a .932 save percentage and a 2.01 goals-against average in the Jackets' sweep over the best offensive team since the 1995-96 season. He didn't steal the series, but he was there when they needed him.

If the Avs continue on in the postseason, it'll be fascinating to see whether Rantanen or linemate Nathan MacKinnon pull ahead in the Conn Smythe Watch. We'll give the nod right now to Rantanen, who leads in goals (5) and points (11) and scored the winning overtime goal in Game 4 against the Calgary Flames, which was a real knockout blow in the series.

There are a lot of surprising things about the Hurricanes in the postseason -- like that whole "eliminating the defending Stanley Cup champions" thing -- but one of them has to be Slavin popping off for nine points in seven games after the defenseman averaged 0.38 points per game in the regular season. He's also averaging 26:59 minutes per game.

Prior to this postseason, Duchene had last appeared in a postseason game in April 2014. Suffice it to say, he's savoring his return to the playoffs: He has three goals and four assists through four games. That included a point on four of the Jackets' five goals in their stunning Game 2 win at Tampa.

The precocious San Jose forward is best known for (sort of) guaranteeing a win in Game 6 with the Sharks down 3-2 in their series, and then scoring the double-overtime goal to send it back home for a Game 7. He's tied for the postseason lead with six goals, with four of them coming in the Sharks' three-game rally to eliminate the Knights.

The Blues forward has only five points in six playoff games, but his Game 5 winning goal and his Game 6 hat trick -- accounting for all the St. Louis goals in their elimination game win over Winnipeg -- put him on the MVP track from a narrative standpoint.

The Avalanche goalie posted a .939 save percentage and a league-best 1.90 goals-against average in thwarting the Flames, one of the NHL's most potent offensive teams, in five games. He's played the kind of goaltending that elevates his team to a championship level.

Seven playoff games with nary a face lick for the Bruins forward. Marchand had a hand in three of the Bruins' victories against the Maple Leafs. In Game 2, he had a goal and an assist and in Game 4 he tallied one goal and two assists. In their critical Game 6 win, he had two goals and an assist. The Bruins separated their dynamic top line in the first round, but Marchand didn't skip a beat.

The comeback story of the season continued in the postseason, as Lehner helped the Islanders sweep Sidney Crosby out of the playoffs for the first time in his career. Lehner posted a .956 save percentage to lead the postseason, turning back 130 of 136 shots.