Dabo Swinney says players have right to protest, even if it polarizes 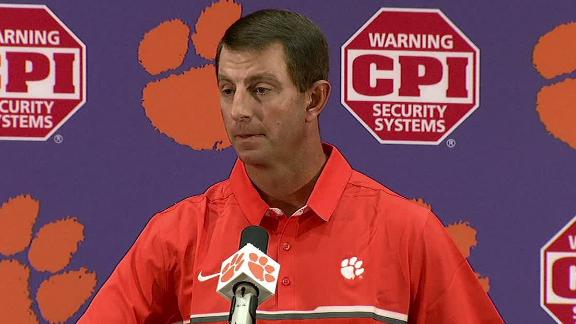 But Swinney said Tuesday he disagrees with Kaepernick's actions because they create divisiveness among people and muddy the message. After Swinney was asked if he would discipline one of the players on the fifth-ranked Tigers for an anthem protest, he said Kaepernick should have found another way to express his opinion without the polarizing gesture.

"I think everybody has the right to express himself in that regard," Swinney said, as quoted in The Post and Courier of Charleston. "But I don't think it's good to be a distraction to your team. I don't think it's good to use the team as a platform. I totally disagree with that. Not his protest. But I just think there's a right way to do things. I don't think two wrongs make a right. Never have, never will. I think it just creates more divisiveness, more division."

The coach noted that too often "things get painted with a broad brush" and people take sides and bar potential dialogue about issues. The coach says he hates "to see what is going on with our country."

Swinney said he certainly recognizes Kaepernick's right to protest, but he doesn't necessarily agree with the way he sought to get his point across.

"How about call a press conference?" Swinney asked. "Express your feelings. Everybody will show up, talk about it. Go and be a part of things, and protest them. That's great. I think everybody has that right. I certainly respect that. But I just think that this just creates more division. That's what I hate to see."

Kaepernick has protested what he says is the oppression of blacks and other minorities. 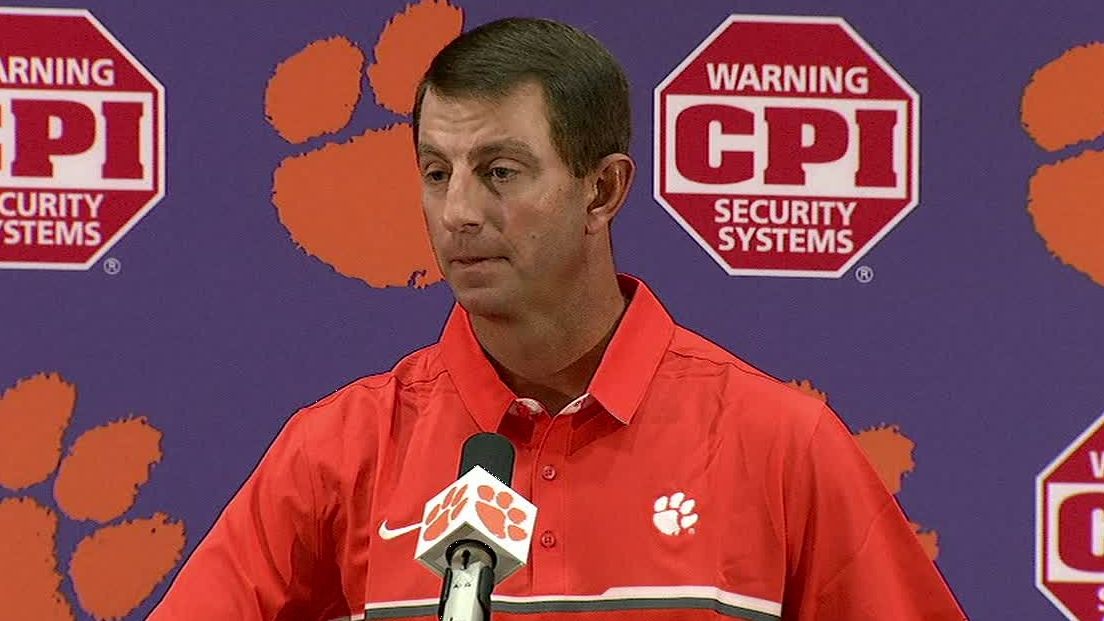