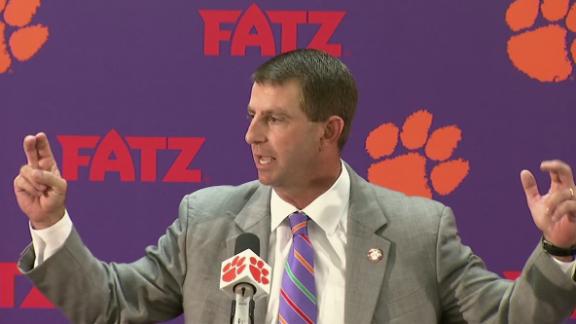 No. 6 Clemson had no trouble handling Georgia Tech on Saturday, but a question about the Tigers' reputation for letdowns put coach Dabo Swinney in a sour mood.

Swinney was asked by an ESPN reporter if his team had put aside "Clemsoning" -- a term detractors created to explain why bad things happen to good Tigers teams -- for good after a 43-24 victory. He bristled.

"This football team has shown up. What else do we have to do?" Swinney said. "I can't believe I have to come here with a 5-0 football team and talk about 'Clemsoning.' It shouldn't be in the conversation."

Heading into Saturday, many wondered if the Tigers would get caught in a Yellow Jackets trap after a 24-22 win over then-No. 6 Notre Dame the week before. Players and coaches discussed their focus on avoiding a letdown leading into the game.

No such issue. Clemson jumped out to a 19-3 advantage in the first quarter and led 33-10 at halftime before coasting in the second half.

The Georgia Tech victory was Clemson's 33rd straight over an unranked opponent and proved perhaps these Tigers have more staying power than in the past. It was also Clemson's 13th straight victory at home, tying the school record set from 2011 to 2013.

"The rhetoric was, 'How can you possibly be ready to play the game?'" said Swinney, who was frustrated by "Clemsoning" references in the media throughout the week, including Saturday on ESPN's College GameDay. "I don't understand that, and I'm proud our guys didn't buy into that."

"Our past has nothing to do with us, but we get all the credit for it," Mac Lain said. "So I hope this game is a little bit of statement that we won't overlook anybody this season." 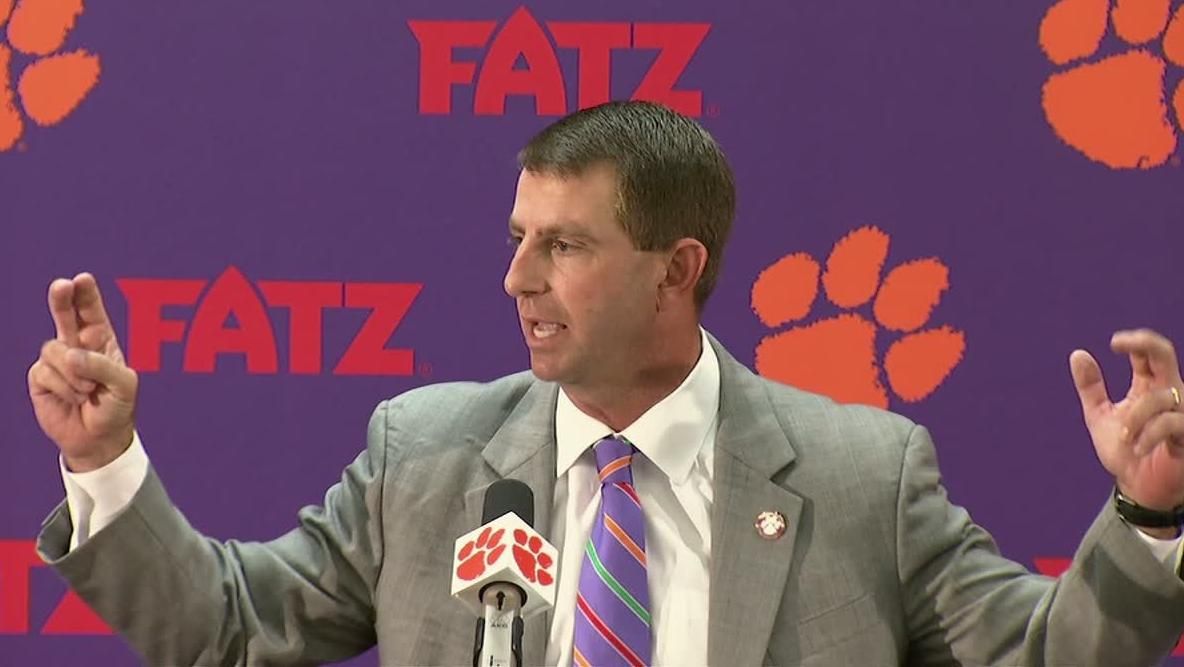 Dabo Swinney sounds off on 'Clemsoning' jabs
Clemson coach Dabo Swinney goes on a tirade about the Tigers' critics and the term "Clemsoning," in reference to the team's reputation for letdowns.