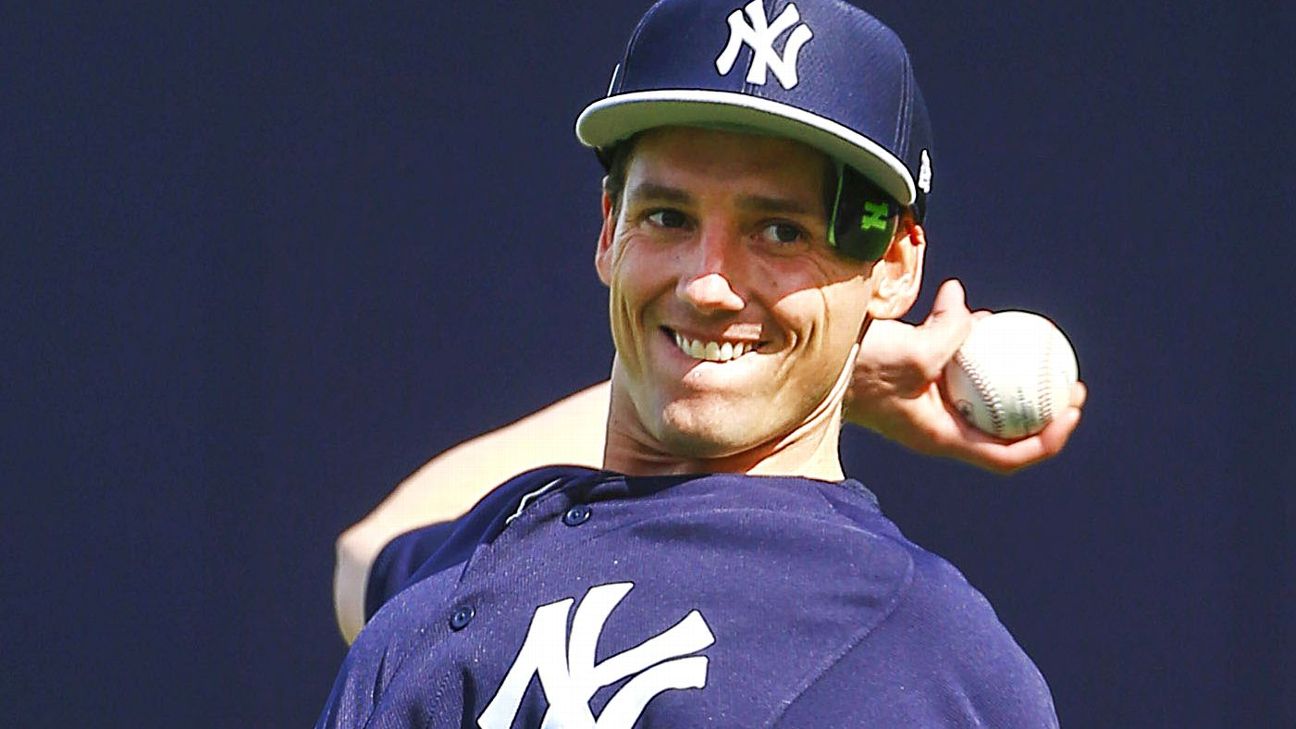 TAMPA, Fla. -- Danny Farquhar's inspirational return to the pitching mound took another step Sunday, going in what he called "a positive direction," as the New York Yankees reliever faced live hitters during a simulated game at George M. Steinbrenner Field.

With his wife and children watching from the stands, it was the first simulated game for Farquhar since April 2018, when he suffered a brain hemorrhage from a ruptured aneurysm while pitching for the Chicago White Sox.

"It went extraordinarily successful," Farquhar said of Sunday's outing. "Obviously it's still early and there's a few kinks to work out, but overall, I felt very good."

During the four at-bats -- two each against teammates Giovanny Urshela and Francisco Diaz -- Farquhar recorded two strikeouts and a walk and induced a weak fly ball to right that likely would have been caught had fielders been present.

"This is as close as you could possibly get to a game with balls and strikes and batters switching out when they get out," Farquhar said. "Super encouraging to have batters with some coaches around, who aren't trying to swing and miss to boost my confidence. They're trying to impress coaches for their careers, too.

"So to see guys step in the box and want to hit a home run off of you, and to have that success that I had today, it's in a positive direction."

Pitching coach Larry Rothschild came away from the outing impressed. He was doubly impressed knowing what Farquhar has been through to even get to this stage of his recovery.

"It's good for everybody to see," Rothschild said. "It's kind of special."

Rothschild said he'll want to see Farquhar in another simulated game before the team proceeds any further in his development. That could come in the next couple of days. If all goes well from there, an appearance in a spring training game could be on the horizon.

While this was his first simulated game since the injury, Farquhar, 32, had previously faced live batters twice. In those outings, hitters were given five swings against him. Comparatively speaking, Sunday's workout was more like pitching in a real game.

Because of the importance this milestone held for Farquhar, he wanted his wife, Lexie, and children Madison (7 years old), Landon (3) and Liam (1) in the stands. The only other people present in the ballpark besides reporters, coaches and a few players were stadium personnel getting the ballpark ready for Monday's spring training home opener.

Whenever Urshela and Diaz fouled Farquhar's pitches into the stands, his kids would go running after the balls.

"Just to see my family and my kids so happy and just enjoying themselves gives me that extra boost of energy," Farquhar said.

To keep his head protected following the surgery he had following the ruptured aneurysm, Farquhar is pitching with a custom-made hat that's lined with foam and Kevlar. The Yankees worked with Unequal Technologies to create the hat.

After pitching in three live-batter scenarios while wearing the hat, Farquhar said he doesn't find it distracting or cumbersome.