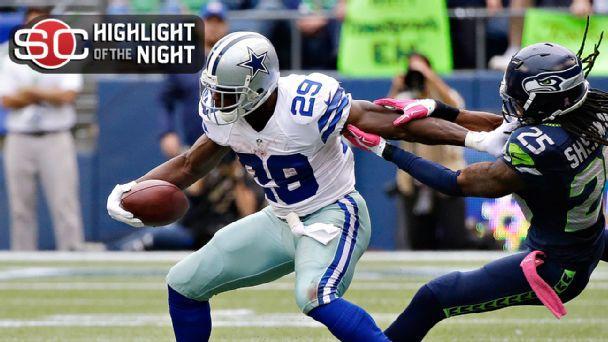 SEATTLE -- The wide receiver known as "Angry" Doug Baldwin lived up to his reputation after the Seattle Seahawks were upset by the Dallas Cowboys 30-23 Sunday at CenturyLink Field.

The Seahawks, now 3-2 after they lost for only the second time in their past 19 homes games, had only one offensive touchdown Sunday. That came after a muffed punt by the Cowboys gave the Seahawks possession at the Dallas 14-yard line. Quarterback Russell Wilson scored on a 9-yard run.

Baldwin was asked if that was a factor.

Baldwin had two receptions for 32 yards but was only targeted three times.

"I'm not mad at Russ," Baldwin said. "It's a collaborative thing." 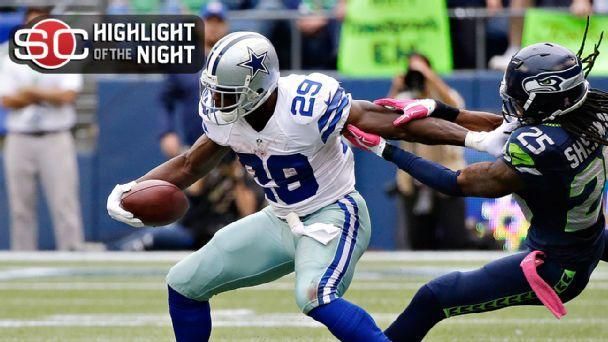 Romo And Murray Strong In Cowboys' Win
SportsCenter Highlight of the Night: Tony Romo threw for 250 yards and two touchdowns and DeMarco Murray ran for 115 yards and a touchdown in the Cowboys' 30-23 win over the Seahawks.