Down 2-1 in ALCS, Yankees leaning on Masahiro Tanaka's big-game experience 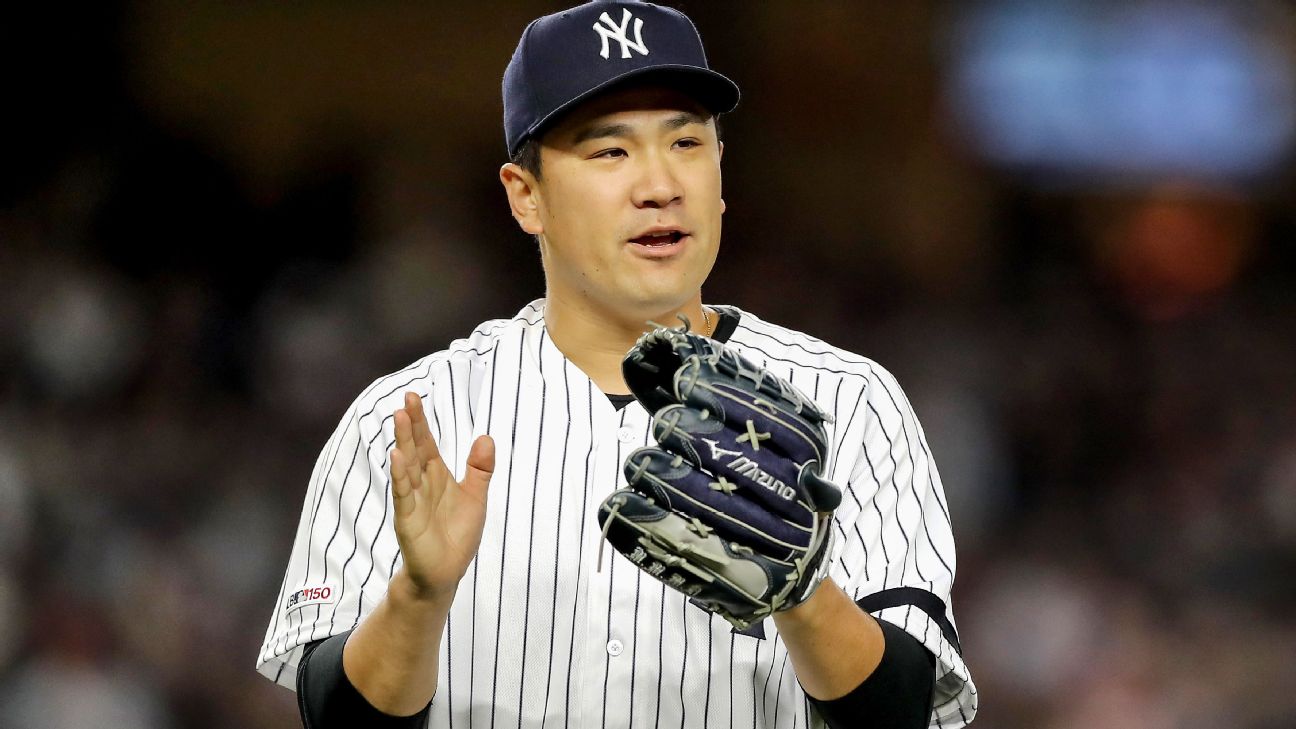 NEW YORK -- Masahiro Tanaka would never say the student has become the master, but Yu Darvish would.

As Tanaka, the New York Yankees right-hander, prepares to take the mound Thursday night in a pivotal Game 4 against the Houston Astros in the American League Championship Series, Darvish knows his guidance is no longer necessary.

"If anything, Tanaka has posted better numbers in the postseason than myself, so I don't think I have much advice to give him," Darvish told ESPN. "It may be because his sense of personal responsibility is strong, and he competes with the mentality of going to kill his opponent."

Tanaka -- slated to start opposite Zack Greinkewith the Yankees trailing the series 2-1 -- has posted a 1.32 career ERA in the postseason, the third-lowest in history among pitchers with at least 40 innings (since earned runs became an official stat in 1913), with a 5-2 record in seven career starts. In six career postseason starts with the Rangers and Dodgers, Darvish is 2-4 with a 5.81 ERA.

This role reversal has been well over a decade in the making.

In 2004, Darvish, seen as Japan's top high school pitcher after he threw a no-hitter in the country's legendary Koshien tournament, was the No. 1 pick for the Nippon Ham Fighters of the Pacific League in the first round of the amateur draft. Two years later, Tanaka would follow, becoming the Rakuten Golden Eagles' first pick after his own standout high school career and Koshien performance.

Tanaka went 11-7 with a 3.82 ERA in his first season, winning the Pacific League's top rookie award, the first pitcher to earn the honor out of high school since Japanese legend Daisuke Matsuzaka in 1999. But Tanaka's numbers paled in comparison to those of Darvish, who posted a 15-5 record with a 1.82 ERA as a 20-year-old that season.

It was the start of a yearly on-field battle for the honor of being Japan's best pitcher, and also the start of their senpai-kohai relationship. The expert and the novice. The master and the apprentice. The teacher and the student.

Darvish was the senpai, Tanaka the kohai.

Both won the Eiji Sawamura Award, given annually to the best pitcher in Japan, that country's equivalent to the Cy Young. In 2011, at 22, Tanaka finished 19-5 with a 1.27 ERA to edge Darvish for his second Sawamura. He won it a day after pitching a complete game and striking out 12 batters in his Japan Series debut.

According to Darvish, Tanaka's splitter already was the stuff of legend.

"I saw his splitter, as well as his control, were so off the charts I thought he would probably be successful in outer space, too," Darvish said.

That same year, 2011, the Texas Rangers would pay a $51.7 million posting fee for the rights to sign Darvish. Tanaka would not be far behind.

Tanaka saved his best for what turned out to be his final season with the Golden Eagles in 2013. He was named the Nippon Professional Baseball League's MVP after going a record-setting 24-0 with a 1.27 ERA. Including the postseason, his record that year was 30-1.

The one defeat came in a 160-pitch performance in the sixth game of the Japan Series, a 4-2 loss to the mighty Yomiuri Giants. Rakuten would go on to defeat Yomiuri in the seventh and final game to win its first title.

Tanaka moved on by signing a seven-year, $155 million contract with the Yankees, the largest deal for a Japanese player to date.

Despite suffering a slight ulnar collateral ligament tear during his rookie year with New York, Tanaka has established himself as the Yankees' most durable starter, leading the club with 870 innings pitched over the past five seasons, sixth most in the American League. That, of course, in addition to being a consistent October standout.

What makes Tanaka, who earned the win in Game 1 with six shutout innings, so successful when it counts most?

"Well, first, he's really good. So that's a good place to start," Yankees manager Aaron Boone said after the series opener. "And I think he does a good job clearly of not necessarily making more of the moment but really -- I think the guys that can lock in and are in command of their body and their mechanics have a chance to be better when the stakes are high. And he's very good at that."

Tanaka doesn't like to talk about his playoff stats. When he was asked after Game 1 about that 1.32 postseason ERA, he mostly shrugged it off. "Yeah, obviously the number's there and I guess I'm flattered," he said. "But the happiest thing for me is us being able to get the W. And knowing that you went out there and you gave everything you had, that's the feeling that you're looking for. And so that's kind of where I'm at with that."

Said Darvish of how Tanaka has handled his tenure with the Yankees: "I've heard he willingly puts himself in uncomfortable and tough situations, and has held himself very accountable, which is very admirable. In addition to that, the fact that he never makes excuses is truly incredible."

And as for their senpai-kohai bond, that relationship is now reciprocal.

"I often go to him for advice during the season as well," Darvish said. "If anything, he takes care of me." 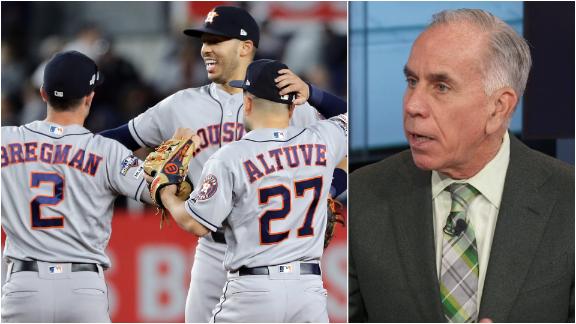