Eli Manning's best: The moments that made him a Giants legend 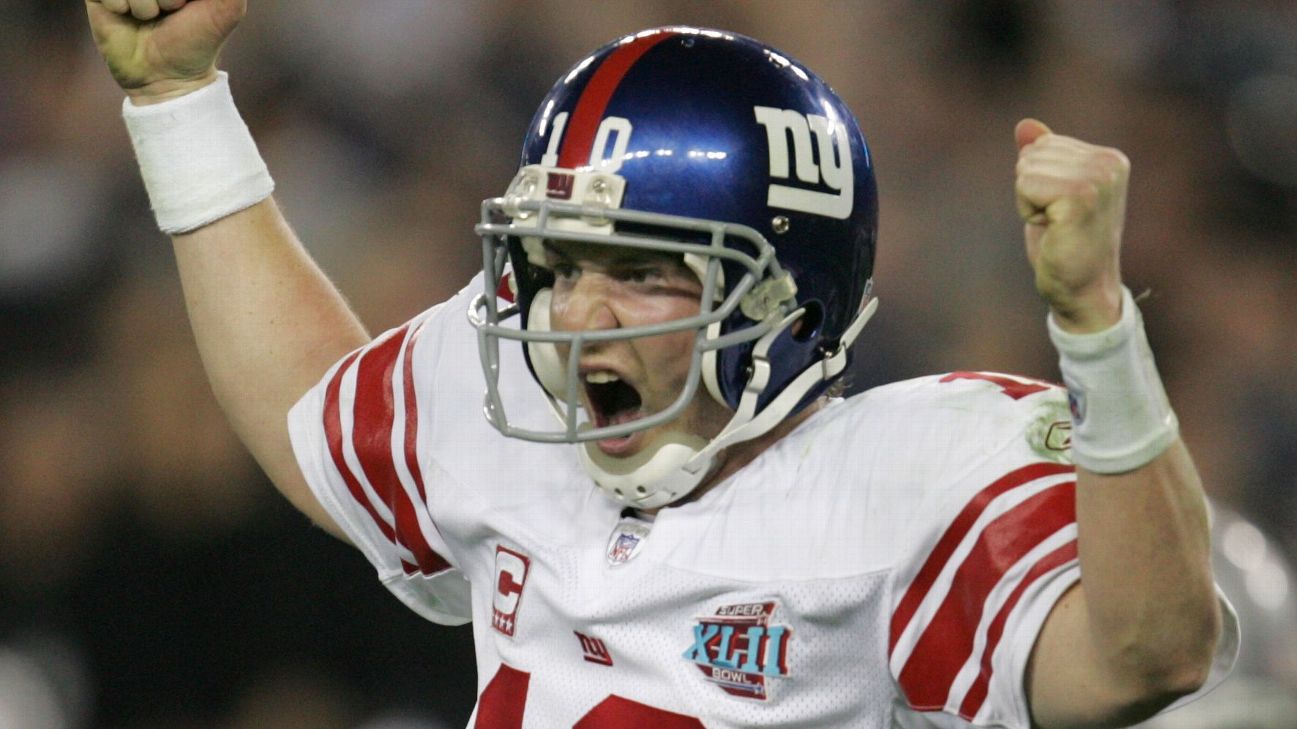 It's a career like no other.
New York Giants quarterback Eli Manning finished with a .500 record in the regular season but won a pair of Super Bowl MVPs. Along the way, there were some other magical moments, such as his welcome-to-the-NFL moment in the season finale of his rookie year against the Dallas Cowboysandhis playoff win on the road in bitter-cold Green Bay.

Those were just the appetizers, though. These are the biggest and best moments and plays of Manning's legendary career.

It's a play that needs no qualifier. If someone mentions the helmet catch, you know exactly what they're talking about.

It's the fourth quarter of Super Bowl XLII, and the Giants trail the undefeated New England Patriots. The playcall is "62 Sail-Y Union," and David Tyree is running a post route after a week during which Manning said he could "not catch a pass" in practice.

Manning drops back but faces pressure from the left side. He steps up into two rushers up the middle, including New England's Richard Seymour, who gets his hands on Manning but can't bring him down. The Giants' quarterback spins away and spots Tyree down the middle of the field. He chucks the ball toward Tyree, despite Patriots safety Rodney Harrison being in the area.

Tyree, mostly a special-teams standout, grabs the ball with one hand and pins it to his helmet. It goes for a 32-yard gain, and four plays later Plaxico Burress catches the winning touchdown pass (more on that later).

"History could have been a lot different for me," Manning once said in an interview with his brother Peyton.

Instead, the Giants took down the undefeated Patriots 17-14 and Manning won the first of his two Super Bowl rings and MVPs -- all because of what Peyton called "arguably the greatest play in the history of football."

This is again against the Patriots. The Giants trail in the fourth quarter of Super Bowl XLVI. They get the ball with 3:46 remaining at their 12-yard line. Patriots coach Bill Belichick tells his defense to make the Giants throw the ball to Mario Manningham.

The play is "streaks shallow," according to Manningham. It is something the Giants ran over and over during the season. Manningham is the flanker out left who runs a streak along the left sideline. The window for Manning to fit the ball between cornerback Sterling Moore and safety Patrick Chung is minuscule. But Manning throws the ball to Manningham, who is the third option on the play.

The whole game was on the line on this drive. Manning fit the ball over Moore's outstretched fingertips and into the arms of Manningham, who tiptoed along the sideline to keep his feet in bounds.

"Were you in, Rio?" Manning asked afterward as they went to the huddle and the play was reviewed.

"Yeah, I was in!" Manningham said.

Manning smirked. It was the longest play of the game, at 38 yards. Manning went to Manningham on each of the next three plays on a drive that ended with an Ahmad Bradshaw touchdown with 1:04 remaining.

The Giants held on for a 21-17 victory. Manning earned his second Super Bowl MVP, with the spectacular throw by Manning and catch by Manninghamthe play of the game.

The legend of Eli continued to grow, as he became one of five players with two Super Bowl MVPs.

This is to win the 2007 Super Bowl and take down the undefeated Patriots. The Giants are in a formation with three receivers on the right. Burress is the only receiver on the left, matched against cornerback Ellis Hobbs.

The Patriots are playing a Cover 0 defense. Burress runs a slant-and-go, leaving Hobbs in the dust. He's open in the end zone for an easy 13-yard touchdown with 35 seconds remaining.

It was Manning's second touchdown pass of the fourth quarter. At the time, Joe Montana was the only other quarterback to throw a pair of fourth-quarter touchdown passes in a winning effort. 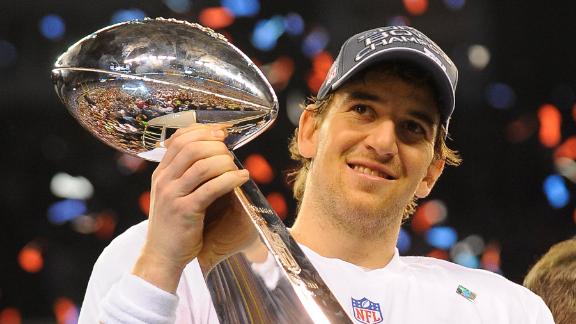 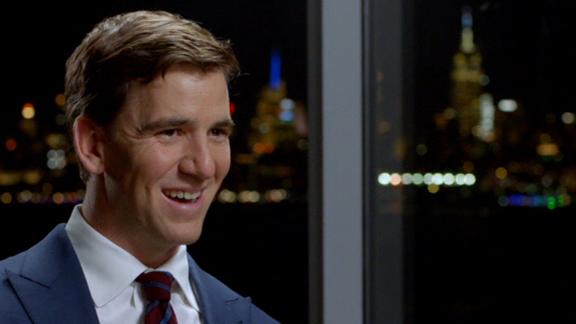