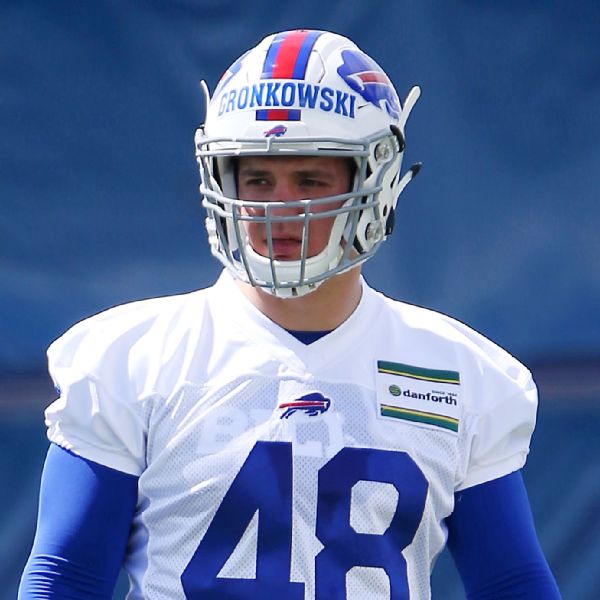 FOXBOROUGH, Mass. -- Two Gronkowskis in the same locker room? This could be fun.

Glenn Gronkowski had signed with the Buffalo Bills as a free agent in late April after going undrafted out of Kansas State. He made the Bills' initial 53-man roster and played eight total snaps in the team's 13-7 season-opening loss to the Baltimore Ravens, but then was waived Sept. 12 when Buffalo re-signed veteran fullback Jerome Felton.

This marks the second time the Patriots have signed one of Rob Gronkowski's brothers. In 2011, tight end Dan Gronkowski played five games for the team.

As for the 6-foot-2, 239-pound Glenn Gronkowski, he is the youngest of five brothers -- Rob, Chris, Dan and Gordie Jr. While Gordie played professional baseball until 2011 (he was a first baseman drafted by the Angels in the 49th round in 2006), Dan, Chris, Rob and Glenn all made it to the NFL.

In May, Glenn Gronkowski said of comparisons to Rob, "I think a lot of people have already realized that I'm not as crazy as him. It's not easy to be that crazy and wild, but I think people are already starting to realize that. I'm a little more tame."

The Patriots, who have fourth-year player James Develin as their fullback on the 53-man roster, host the Bills on Sunday at 1 p.m.