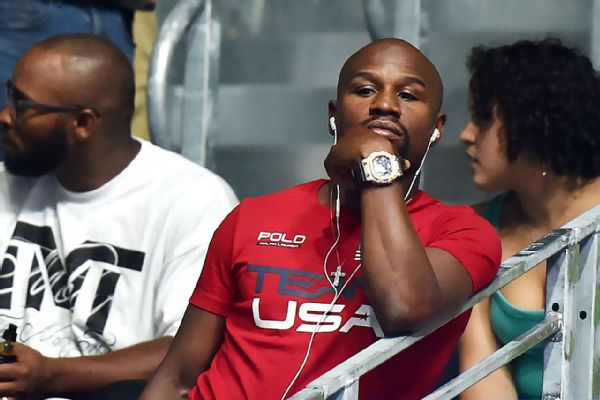 Mayweather, who is retired, took a seat in front of the ringside media during the final undercard bout, featherweight titlist Oscar Valdez's defense against Hiroshige Osawa.

Mayweather, flanked by a security detail, was with his daughter, and his arrival sent a jolt of electricity through the crowd. He has never been one to attend fights other than those his Mayweather Promotions puts on.

When asked why he was at the fight, Mayweather smiled, pointed to his daughter and told ESPN, "I'm just taking her to the fight."

After his unanimous decision win, Pacquiao saidhe invited Mayweather to the fight.

Mayweather's presence certainly would lead many to believe that a rematch with Pacquiao, whom he defeated in 2015 in the richest fight in boxing history, is on the agenda if he is to come out of retirement. Pacquiao has said since the defeat that he was interested in a rematch, but he made no such proclamation Saturday.

"I'm gonna go back home to the Philippines and back to work in the senate, and then I'll talk to [Top Rank promoter] Bob [Arum] about my next fight," Pacquiao said. "I don't know who the fight will be -- whoever the people want me to fight. I am not picking an opponent. Whoever my promoter gives me, I will fight. Anybody at 147. [Junior welterweight champion Terence] Crawford at 140? Not a problem." 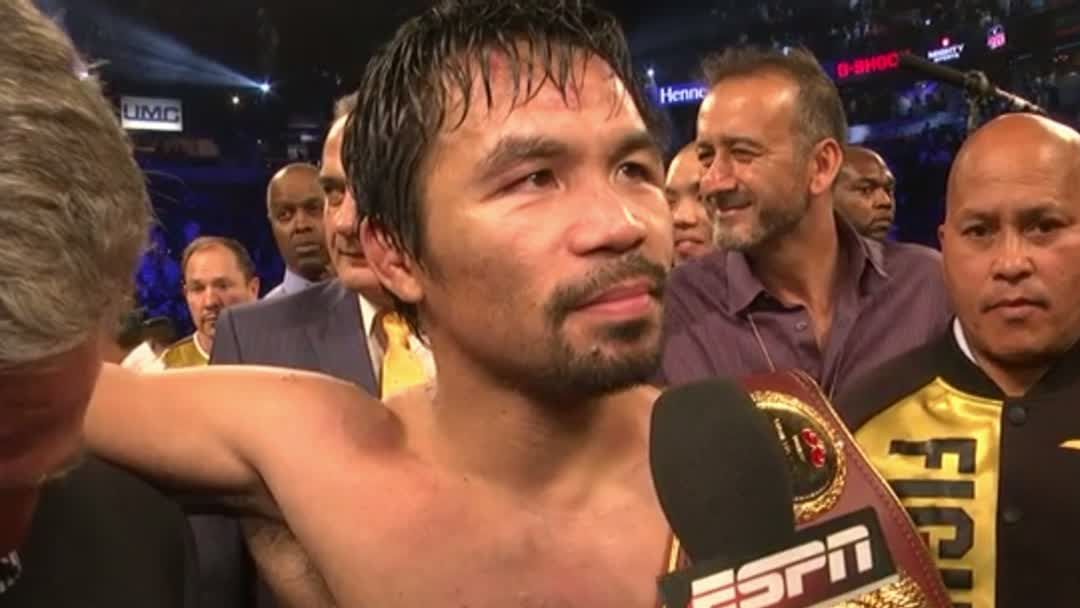