For Derek Jeter, facing fallout from the Giancarlo Stanton deal, it's a whole new ballgame 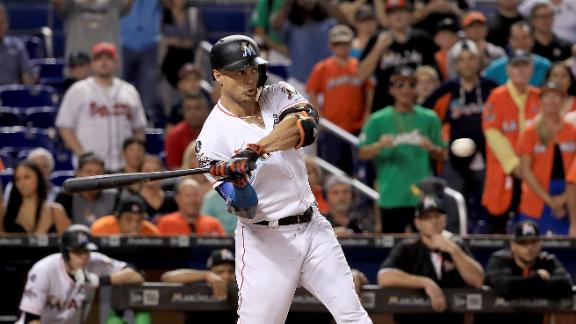 It's not Derek Jeter-esque. It's not The Captain racing into the hole and making his trademark jump throw or, at the plate, using his inside-out swing to line a big late-inning single.

No, this start for Jeter, as part-owner of the Miami Marlins, has lacked his two greatest assets as a player: timing and winning.

And now with the Giancarlo Stanton trade, Jeter, known for delivering championships in New York, has already raised a flag for 2018 in Miami -- a white one.

"You are already hearing the comparisons to [loathed former owner Jeffrey] Loria," said Miami Herald reporter Clark Spencer, who has covered the Marlins for 18 years. "Jeter's honeymoon lasted about a day and a half."

As far as honeymoons, Jeter's in South Florida has been nothing like his 1996 beginning in the Bronx, when he won a World Series and the Rookie of the Year award. But by dealing Stanton, the reigning NL MVP and home run king -- to, of all teams, the Yankees -- Jeter is again the center of the baseball world as the winter meetings begin in earnest. Just not in a way he's used to.

Much of his predicament preceded his arrival in Miami. There was support to tear down the Marlins before last year, but with Loria planning to sell the club, the Fish gave a playoff push one more try. That left the prospective new owners with the task of trying to right the ship.

"The fan base, what is left of it, is very jaded," Spencer said. "They are tired of rebuilds. They haven't had a team in the playoffs since '03. Only the Mariners have gone longer without a postseason appearance. They haven't had a winning season since '09, so it's been an eight-year drought, presently the longest drought in the majors without a winning season. Anyone who owned this team right now, be it Jeter, if Loria kept it or some new owner, would be doing exactly the same thing."

Jeter reportedly put in just $25 million of the $1.2 billion cost of the franchise. Besides being a future Hall of Fame player, he doesn't have much of a background as an executive, unless you count his publisher title at The Players' Tribune.

"They need someone with experience," one major league executive said. "They are in a Catch-22. They will take $25 million off the books with the Stanton trade, but what does it do to revenues? Who is going to go to the games?"

Jeter's handling of the Stanton situation was questioned; two executives said the proper way to go about it would have been to find the teams Stanton would go to and work from there. But the Marlins put together the parameters for deals to San Francisco and St. Louis, while Stanton preferred the Dodgers and the Yankees.

"The player drives the situation with a no-trade clause," the executive said.

Yankees owner Hal Steinbrenner has twice chatted with Jeter, albeit briefly, about being in charge. Before the Yankees and the Marlins made the Stanton deal, Steinbrenner said he felt Jeter would be able to handle the pressure, but there is one important aspect of the job Jeter needs to get right.

"To me, whether you are a player or not a player, you have to know what your fans' expectations are, because they are the reason you are there," Steinbrenner said.

There is a narrative that Jeter was doing Steinbrenner and the Yankees a favor with the lopsided trade, but that's not accurate. Stanton, because of his right to veto destinations, controlled the trade board. After he knocked the Giants and Cardinals off the table, the Dodgers passed on first crack, leaving Jeter desperate -- and the Yankees pounced.

It was more coincidental, because Jeter has kept his distance from the Yankees since his playing career, rarely returning to visit during spring training (even though he resides in Tampa) or coming to Bronx to check out a game. He was honored in Monument Park when his uniform was retired in May, but beyond that, he has been a ghost around the Bronx.

Another longtime executive said that Jeter faces a new reality as a former player who now finds himself in the front office. He's responsible for an entire organization now, and he has to clearly explain the plan if he wants to get his fan base behind it.

"It is a long-term play," the executive said.

Jeter is being crushed in Miami, with former Marlins president David Samson -- whom Jeter fired -- piling on.

"Maybe he has a plan," Samson told Dan Le Batard and Jon Weiner on Miami's 790 The Ticket. "I just can't figure out what it is."

Jeter declined comment for this story, but it would be easy for him to argue that he and majority owner Bruce Sherman bought a mess left by Loria and Samson.

The Marlins had a payroll of $115 million last season, and even after unloading most of Stanton's $295 million (what's left of the 13-year, $325 million contract extension he signed in 2014) and dropping Dee Gordon's $38 million (the amount left on his five-year, $50 million deal signed in 2016) on the Mariners, they likely aren't done.

"I think the fans were hoping that a white knight would roll in and throw money at the roster and go get some pitching," Spencer said.

The Marlins were fifth in the NL in runs last year. In theory, if they could have found some semblance of a staff, they might've been good in '18. But that's clearly not Jeter's plan.

While Jeter has attempted to make inroads with corporate leaders, he and the team had some very bad PR, even before the Stanton deal: some from un-Jeter-like timing and some seemingly from simply being clueless.

The team let go of Mr. Marlin, Jeff Conine, as well as three special assistants, Jack McKeon, Tony Perez and Andre Dawson. The Miami Herald reported that it was Jeter's call, although he didn't actually make the phone call, having Samson do it before Samson was fired.

After the bad publicity from that, Jeter tried to hire the four men back, but at a much reduced rate. They all declined.

The Marlins told longtime scout Marty Scott they would not renew his contract as Scott sat in a hospital hoping for a kidney transplant after surgery for colon cancer. Scott was just another incumbent the Marlins were letting go, but the story, broken by Yahoo!, made Jeter look less than classy, even if it was more a case of bad timing and optics than depravity.

"They had no idea," Spencer said. "They would have never done something like that. They didn't explain it that way. That's the problem."

Canning the Marlins' TV broadcast team didn't help, either. Play-by-play commentator Rich Waltz and analysts Conine and Preston Wilson were dismissed. The year before, Fox Sports Florida let go of analyst Tommy Hutton. Thus, it might've been bad timing for Jeter, but Jeter never seemed to have bad timing before he got to South Florida.

We all know that Jeter is one of the game's most legendary players. But that hasn't helped the Marlins much. In fact, there have been a lot of errors, and he has been on the job for only a few months.

He has a bad hand, which is a weird position for him. Stanton's no-trade clause gave the Marlins little leverage because, although their baseball people want talent, the books matter more.

"The money always wins out in the end," one of the executives said.

With Stanton gone, the new CEO is the biggest star on his own team. And so far, Jeter looks like he's playing out of position.

Olney: Yankees get 'relative bargain' with Stanton
Buster Olney analyzes why the Yankees jumped on the chance to get Giancarlo Stanton and how his big contract affected where he ended up. 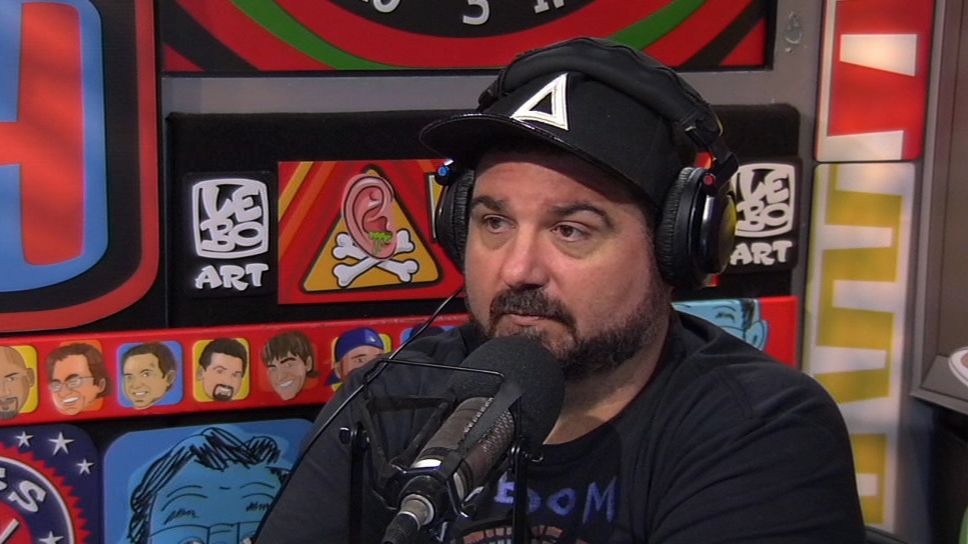