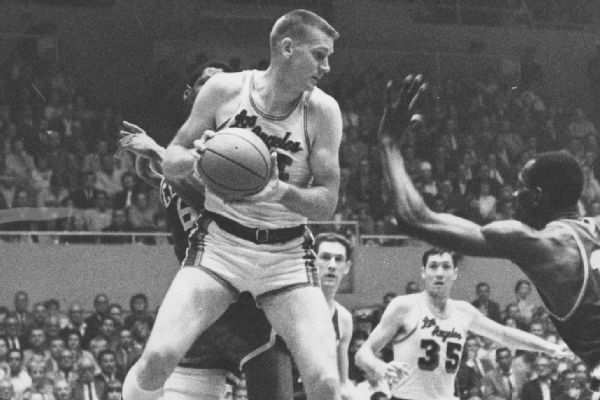 Former NBA player Darrall Imhoff died Friday of a heart attack in Bend, Oregon. He was 78.

A 12-year veteran of the NBA, Imhoff starred as a center for the University of California, where he led theBearsto a national championship in 1959 under coach Pete Newell. The 6-foot-10 Imhoff was also a member of the 1960 U.S. Olympic team, which won a gold medal in the Rome Olympics. The entire 1960 team was inducted into the Naismith Memorial Basketball Hall of Fame.

Imhoff was the third overall pick by the New York Knicks in the 1960 NBA draft.

In addition to the Knicks, Imhoff played for the Detroit Pistons, Los Angeles Lakers, Philadelphia 76ers, Cincinnati Royals (now the Sacramento Kings) and Portland Trail Blazers. He averaged 7.2 points and 7.6 rebounds per game in his career.