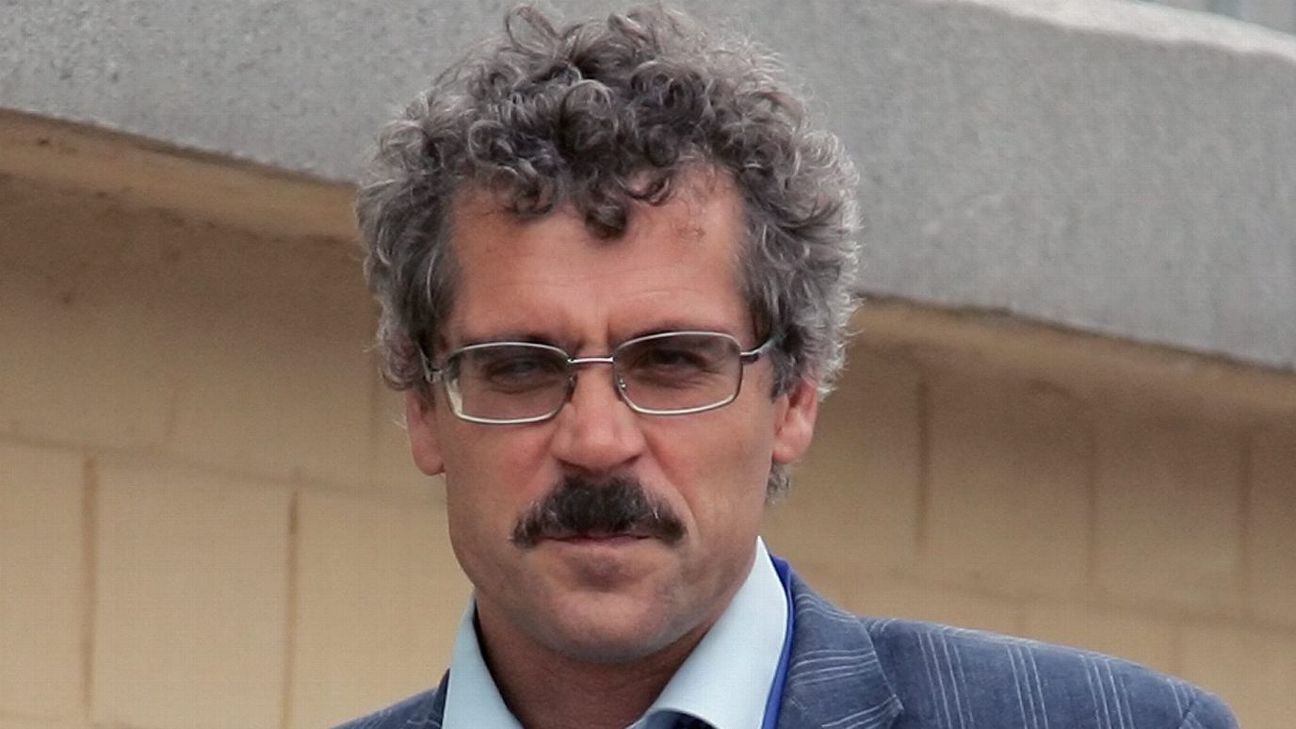 The whistleblower who exposed Russian cheating at the 2014 Olympics filed a motion Monday to dismiss a libel lawsuit against him, which his lawyers portrayed as a ploy led by the Russian owner of the Brooklyn Nets to reveal his whereabouts.

Former Moscow lab director Grigory Rodchenkov has been living in hiding in the United States, fearful of Russian retribution since revealing his country's elaborate scheme to cheat at the Sochi Games.

Rodchenkov seeks dismissal of the libel lawsuit supported by Nets owner Mikhail Prokhorov on behalf of three Russian biathletes whose medals from the Sochi Games were stripped for doping.

He also filed a countersuit against Prokhorov, the former president of Russia's biathlon federation. Rodchenkov's lawyers say Prokhorov's support of the biathletes is part of a scheme to flush out Rodchenkov from hiding.

"We have every confidence that this litigation was not started to vindicate the athlete, but to try to locate and identify Dr. Rodchenkov's location," said his attorney, Jim Walden.

Walden said if any depositions are needed in the cases, they will happen remotely so nobody can find Rodchenkov.

"I think it would be foolhardy for us to lump ourselves into a false sense of security" regarding Rodchenkov's safety, Walden said.

Rodchenkov, the former director of the Moscow anti-doping lab, released a statement saying he is "healthy, well and well-protected."

The countersuit is called an anti-SLAPP lawsuit -- "Strategic Lawsuit Against Public Participation" -- that is designed to protect whistleblowers who get sued for making libelous remarks.

"We categorically deny the accusations in this suit,"a representative for Prokhorov told The Associated Press. "But instead of trading in rumors and baseless accusations via the media, we will await our fair hearing in a court of law, where facts and evidence will take their rightful place as the only means of determining the truth."

The Russian government has repeatedly undermined Rodchenkov's claims about the complex doping scheme that has been corroborated by several investigations and led to a ban of the Russian Olympic Committee from this year's Olympics.

The International Olympic Committee allowed 168 Russian athletes who passed a detailed vetting process to compete in Pyeongchang as "Olympic Athletes from Russia."

In February, during the Olympics, Russia appealed 39 doping cases, 28 of which were overturned after the Court of Arbitration for Sport found insufficient evidence of an anti-doping violation. Those athletes were not completely exonerated, and 11 remained disqualified. CAS did not hear the biathletes' cases.

Rodchenkov's testimony was central to the CAS hearings, and Russia portrayed the 28 overturned cases as evidence that Rodchenkov's credibility was in doubt.

Walden said the cases were overturned on technicalities and were more about the "high burden of proof" required in a CAS decision.

He said filing the libel lawsuit against Rodchenkov in the United States was "probably the stupidest thing someone could've done."

"We have a court system where someone cares about the truth," Walden said. "Unlike the CAS and IOC processes, a court will look at all the evidence and won't lose the forest from the trees. ... We very much look forward to prosecuting this."
Report a correction or typo
Related topics:
sportsespnrussiagrigory rodchenkovolympic sportsnews uk athleticsdopingmikhail prokhorovnews uk olympicsbrooklyn nets
Copyright © 2020 ESPN Internet Ventures. All rights reserved.
More Videos
From CNN Newsource affiliates
TOP STORIES