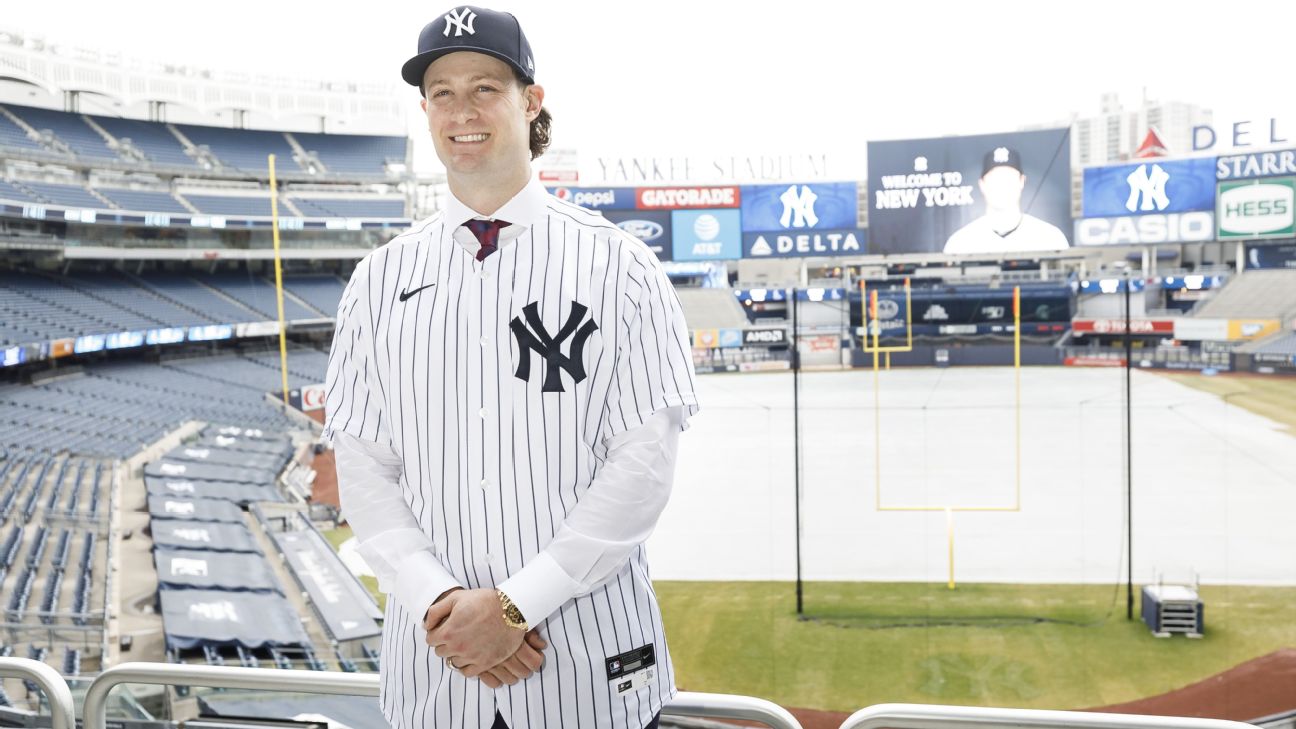 When we last saw Gerrit Cole on the mound, he was sporting a beard and long curly locks. Today, he showed up at his New York Yankees introduction with a new clean-shaven look.

He's not the first to shave and/or get a haircut before joining the Bronx Bombers in adherence to an appearance policy the club has enforced for its players since owner George Steinbrenner instituted it in 1973.

Here are a few of our favorites:

Gerrit Cole has been a Yankees fan for almost his entire life and sported facial hair going back to his days as a college ace at UCLA. This offseason, his desire to join his childhood favorite team -- and $324 million -- won out. Cole showed up at his introductory news conference with a fresh shave and trimmed hair, though it remains to be seen whether the still-lengthy flow meets Yankees standards for the upcoming season.

Cutch had already cut the trademark dreadlocks he sported during his MVP days with the Pirates long before being dealt from the Giants to the Yankees late in the 2018 season, but landing in the Bronx meant McCutchen also had to ditch his beard for a clean-shaven look for his 25-game stint in pinstripes. Upon signing with the Phillies for the 2019 season, the veteran outfielder grew out the beard again in Philadelphia.

Like Johnny Damon before him (see below), Youkilis won big in Boston before ultimately landing in New York. Though Youk's Yankees career lasted just 118 plate appearances over 28 games, it was still an unsettling sight for Boston fans to see their former third baseman wrap up his career without his signature goatee in the Bronx.

Before cleaning up to join the Yankees in 2009, Swisher was all-in on facial hair. During his time with the White Sox, he sported a beard with a dyed section on his chin and even went as far as turning all of his facial hair blue on Father's Day. In Oakland, where he started his career before spending 2008 with the White Sox, Swisher grew out his hair for almost an entire year before having it cut behind home plate for charity.

Damon defected to the Bronx from Boston before the 2006 season, leaving his beard and long-flowing locks behind. Going clean-cut was especially jarring from a member of the famed Red Sox "Idiots" squad -- a freewheeling group that prided itself on being everything the corporate Yankees weren't. In 2004, that team completed a historic rally -- beating the Bombers in the ALCS after trailing 3-0 -- en route to ending Boston's 86-year title drought.

The Hall of Famer and co-MVP of the Diamondbacks' 2001 World Series victory over the Yankees, the Big Unit arrived in New York via a blockbuster trade in January 2005. Besides being 6-foot-10 and one of the premier fireballers of his era, Johnson became famous for his mane early in his career, when he achieved superstardom in Seattle.

When Giambi joined the Yankees as a free agent 18 years ago, his Oakland goatee had to go. So too did the slugger's long locks, which had been prominently featured on the front page of Sports Illustrated in 2000 with the headline "The New Face of Baseball."

Donnie Baseball came up with the Yankees, so he never had to change his locks to look right in pinstripes ... well, for the most part. Mattingly's mullet got him benched before a game in 1991 when he and three other players were told by manager Stump Merrill they were violating team rules by letting their hair down. Mattingly refused a trim, but soon acquiesced.

When Gossage's beard drew Steinbrenner's ire, Goose got creative. By taking liberties with the exception to the Yankees facial hair rule allowing mustaches, the reliever grew his 'stache all the way down to his chin and sported what became his signature look for the remainder of his career. 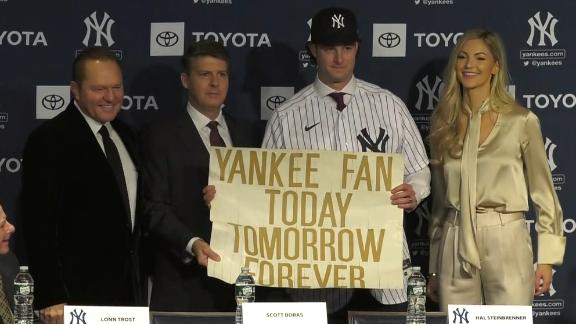