Giancarlo Stanton: Ovation in Miami return one of highlights in my career 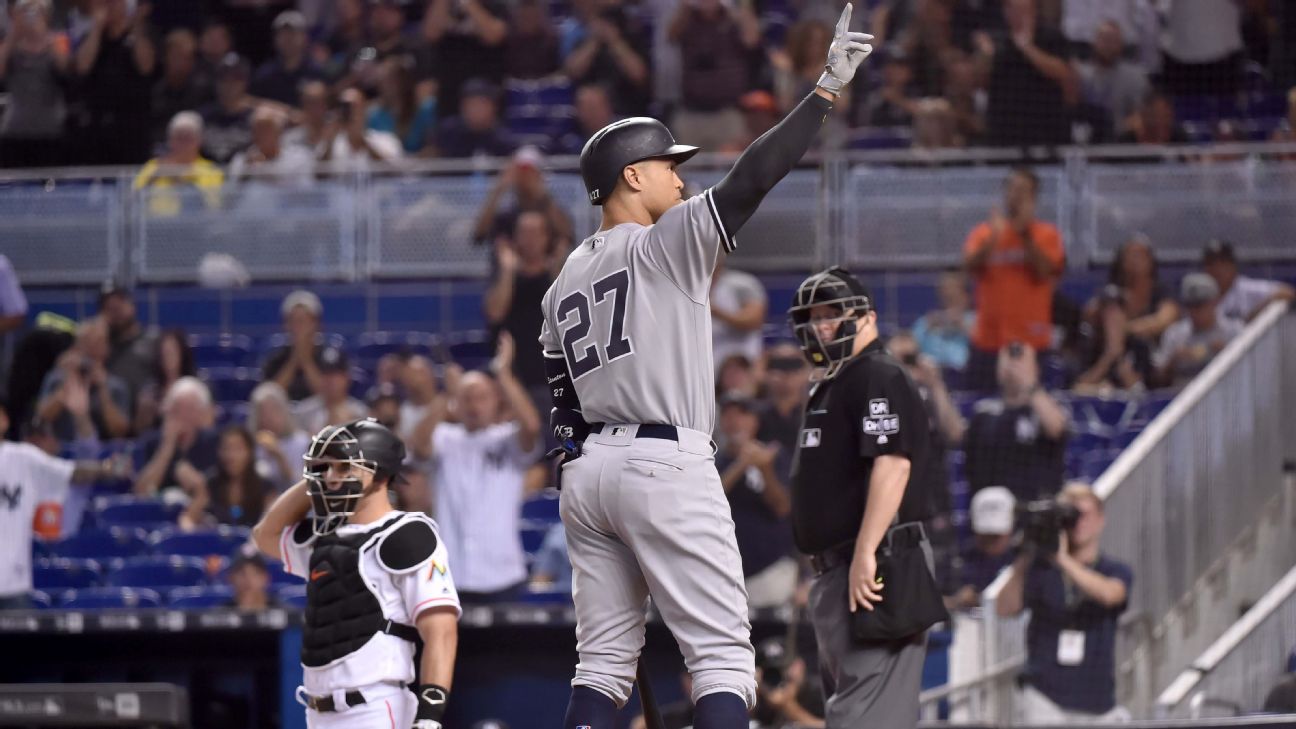 MIAMI -- Giancarlo Stanton fully soaked up the moment Tuesday night as he stepped into the right-handed batter's box at Marlins Park for the first time since he was traded from the Miami Marlins in December.

Before digging into the box in the top of the first inning, the New York Yankees right fielder/designated hitter paused, turned around to a loud, adoring crowd and waved as he pounded his chest to let the fans -- many of them Yankees fans -- know he appreciated their standing ovation.

After taking a first-pitch strike from Marlins starter Pablo Lopez, Stanton rapped a hard 2-2 single to left field for his first hit in the ballpark while wearing a visiting uniform. With a 117.3 mph exit velocity, it was the latest in a string of similarly hard-hit balls he has had throughout his career.

"That was really cool, more than I could have asked for," Stanton said after going 2-for-6 with three strikeouts in the Yankees' 2-1, extra-inning win. "One of the more special moments of my career, for sure."

A nine-year major league vet, Stanton had previously spent every one of his big league seasons with the Marlins, before the Yankees acquired him in the offseason.

"It feels weird, for sure. Especially turning right instead of left to go to the visitors side," Stanton said before the game. "But yeah, I'm going to enjoy this experience. This place was a big part of my life. And so I'm just going to enjoy it out there."

Stanton entered Tuesday's game with seven home runs in his previous 13 games. He also came in with 299 career home runs. Of them, 267 were hit while he played for Miami.

The Yankees and Marlins conclude their two-game series Wednesday night.