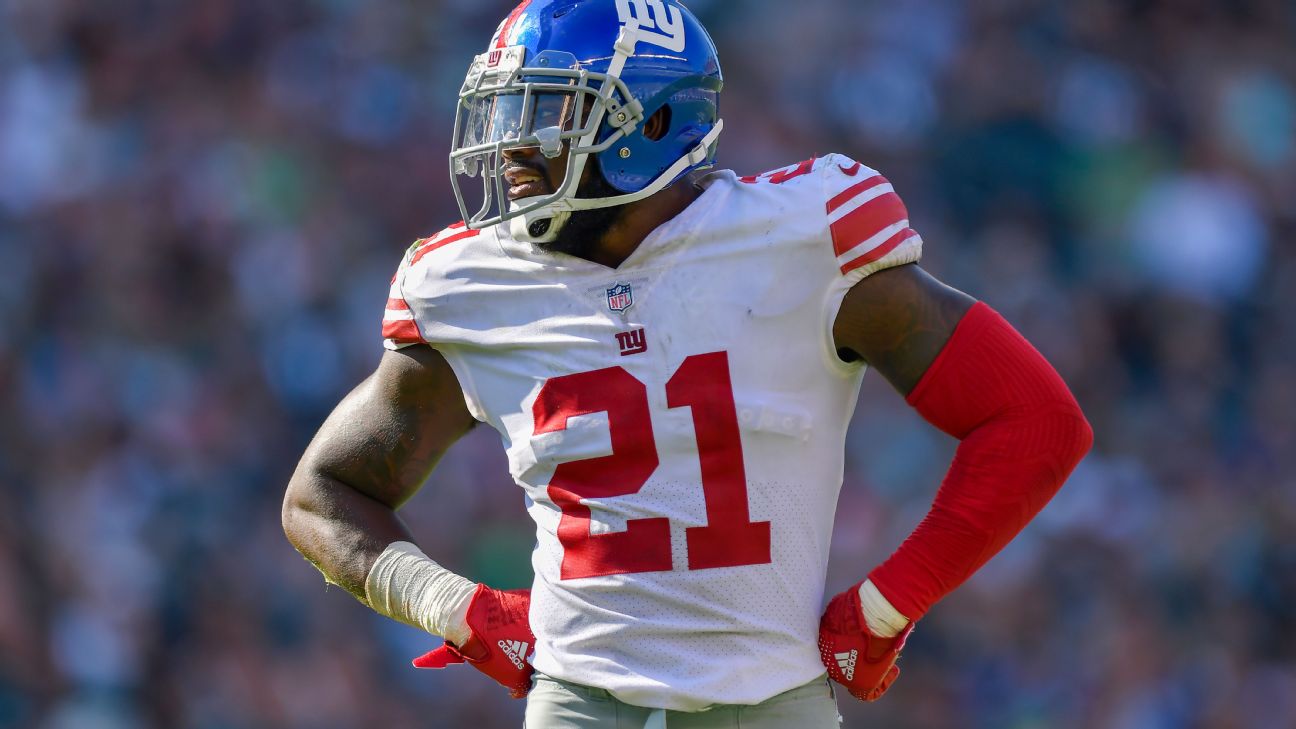 The procedure, which sources told ESPN is for a partially torn labrum, is likely to take place next week and could involve a four- to six-month recovery period, which could complicate his future.

Coach Pat Shurmur said earlier in the day that Collins would "most likely" need surgery, which would end his season prematurely.

Collins will land on injured reserve and miss the final four games of the season. It's possible -- although not likely -- it could end his Giants career. He is set to become a free agent at the end of the season, but there is a strong belief he could be re-signed or retained with the franchise tag this offseason.

The two-time Pro Bowl safety leads the Giants and is tied for 11th in the NFL with 96 tackles, including five for a loss. He had topped 100 tackles in each of his first three professional seasons, when he missed just one game.

Collins was injured early in Sunday's 30-27 victory over the Chicago Bears, but he finished the game despite leaving the field on multiple occasions. Collins was visibly in pain after the game.

"That just speaks about who he is," safety Michael Thomas said. "I wouldn't want to play with anybody other than him at that position. He's going to leave it all out there on the field."

Collins' teammates want him to return next season.

Collins was named a first-year captain earlier this season. He has been viewed as a young leader on the team. His presence on defense has been noticeable ever since the Giants traded up to select him with the first pick of the second round in the 2015 NFL draft. He had started 59 of 60 games since being drafted.

Thomas and undrafted rookie Sean Chandler are expected to play bigger roles without Collins in the lineup. The Giants (4-8) play Sunday on the road againstWashington.

They will then have a decision to make this offseason. Collins struggled at times in coverages but is among the Giants' top defensive playmakers. He is also still just 24 years old. The team denied overtures from teams -- including the Kansas City Chiefs-- about Collins at the trade deadline. That would seem to indicate they view him as part of their future.

"I think Landon displayed what he is. He's a very tough guy, very good tackler," Shurmur said Wednesday. "I mean, he's made a lot of plays for us, especially close to the line of scrimmage. I've said it numerous times: In a sport where toughness is required, he has a lot of it. That's what I appreciate about him."