Giants TE Evan Engram leaves in first half due to concussion 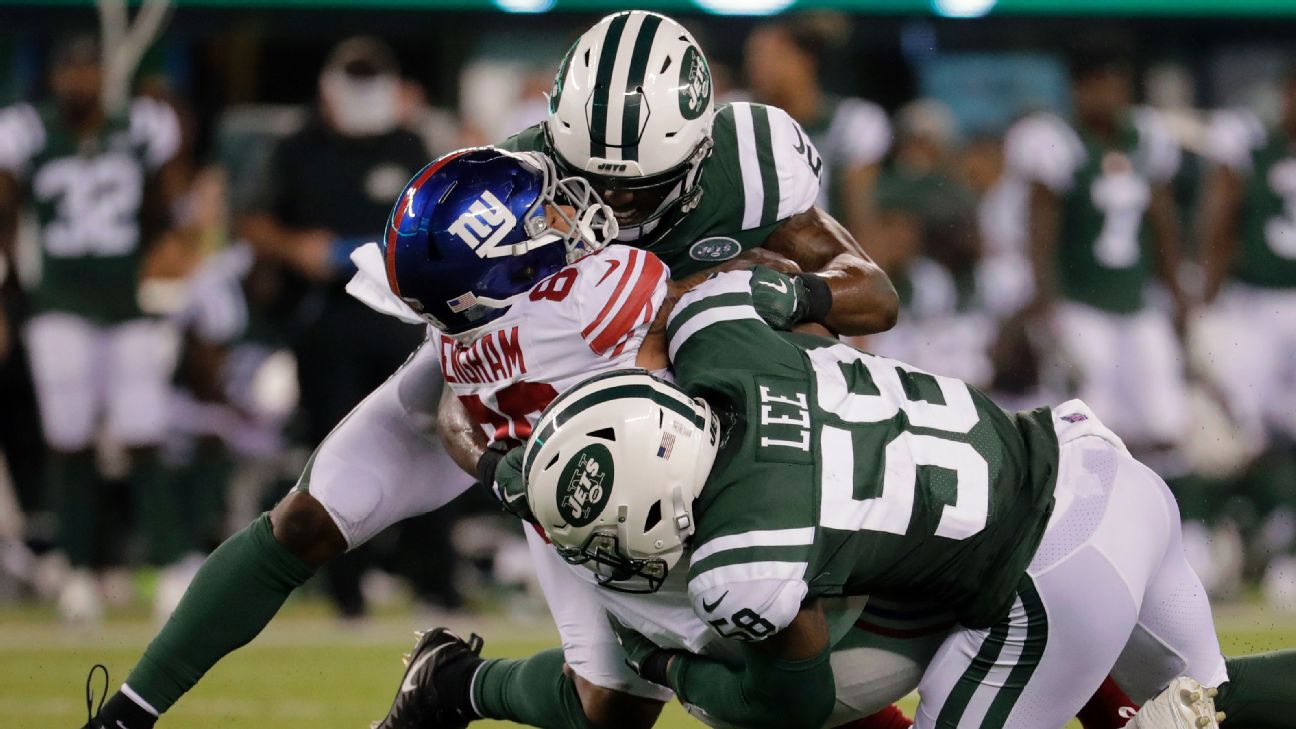 Engram suffered the injury after he caught a pass and was sandwiched by Jets linebackers Darron Lee and Avery Williamson in the second quarter. Engram lost the ball at the end of the play. It was originally ruled a fumble before being overruled in a review.

In addition to losing Engram, Giants tight endRhett Ellisonleft the contest with an eye injury.

After the game, Ellison said he was poked in the eye in the first half and his vision became progressively blurrier. He felt better after the game.

Meanwhile,Odell Beckham Jr. and Saquon Barkleywere not in the Giants' lineup Friday night. Barkley is dealing with a tweaked hamstring, and Beckham, who continues to seek a new deal, hasn't played in a game since breaking his ankle last season.

When asked about the decision to not play Beckham, coach Pat Shurmur said Beckham is "not quite ready yet" and the Giants are playing it safe. Shurmur told ESPN with a slight smile, "We'll see," when asked if there was any concern for Beckham by Week 1.

Engram is expected to play a significant role in the offense this season. He had 64 catches for 722 yards and six touchdowns as a rookie; it was the second-most productive season for a rookie tight end in Giants history.

The Giants open the regular season on Sept. 9 at home against the Jacksonville Jaguars.