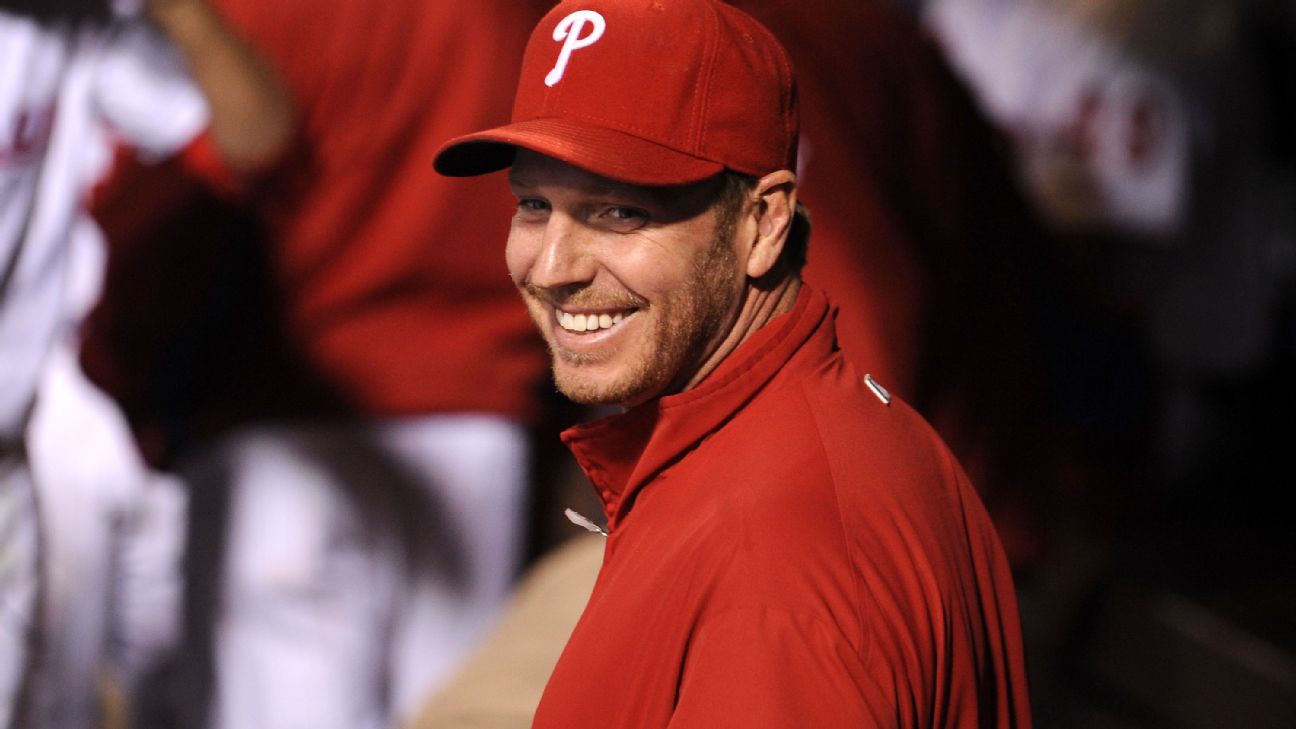 The Baseball Hall of Fame class of 2019 produced a lot of victories, strikeouts, saves, home runs, big hits and -- like most Cooperstown classes -- many, many stories. Here are a few.

Princeton baseball coach Scott Bradley, a catcher in the big leagues from 1984 to 1992, says the best hitter he ever played with -- better than Ken Griffey Jr., Don Mattingly and Harold Baines -- was Edgar Martinez. Martinez's approach, his forearm strength and his vision were legendary.

"And he had a lazy eye," Bradley said. "On a plane, he'd take 30 minutes on the flight looking at these cards he carried with him to exercise his eye. He did that every day to keep his wandering eye in focus. He saw everything. There used to be a camera shot from the top of the SkyDome. We watched one pitch that was two inches off the inside part of the plate. There was no chance that Edgar wouldn't get sawed off, jammed, and instead, he stayed inside the ball and went Point A to Point B with no effort. He hit a 450-foot home run. I looked around at our guys and said, 'How can he do that? How can anyone do that?'"

When Bradley retired, he had the Mariners' video coordinator, Karl Hamilton, make a tape of Martinez's fundamentally perfect swing. "It ran five or six minutes, and the music of Kenny G. was put to it. It was so smooth, that beautiful trumpet with that beautiful swing," Bradley said. "For years, back when VHS tapes were used, I showed the video to my players. I would tell them, 'I played with a lot of great players, but without a doubt, not even close, the best hitter I ever played with was Edgar Martinez. Just take a glimpse.'"

Soon after Mariano Rivera signed to play pro ball in 1990, he was in extended spring training in Sarasota with the Yankees.

"We'd play these three-inning games," said Buck Showalter, then the Yankees manager. "Mariano would play center field one inning, shortstop the next, another position next. Everything he did was fluid. I asked our guys, 'What do we have here?'"

They had a pitcher who threw only one pitch, a fastball, but his movement was incredible.

"Whitey [Ford] and [Ron] Guidry would go on the backfield and play catch with Mariano," Showalter said. "They'd keep passing him off to the other guy because they had trouble catching him. They would always catch the ball in the pocket because the ball moved so late. They would have to catch him from the side, not from straight on, because 10 feet before they caught it, the ball just darted. They would come in and have the trainer ice their hand. I asked, 'What happened?' They said, 'We were playing catch with Mariano.'"

"This is vintage Doc," said Brian Schneider, one of Halladay's former catchers. "In Philly, they were going to take him out after he walked off the mound after the top of the eighth. They'd called the bullpen and told [closer Brad] Lidge that he had the ninth. In between innings, Doc always went down the steps of the dugout and sat alone below the dugout.

"When he got there, [manager] Charlie [Manuel] and [pitching coach] Rich [Dubee] were there with their hands extended to tell him what a great job he did. Doc shimmied around them. He ignored them. He didn't even acknowledge they were there. He sat in his chair. No words were exchanged by anyone. There was no confrontation. They weren't scared of Doc, but they respected him so much. The look on the faces of Charlie and Rich were priceless. It was like, 'I'm not taking him out.' And, 'Well, I'm not taking him out.' They called the bullpen and sent the message to Lidge that Doc was going to take the ninth."

What separated Mike Mussina from other pitchers was his athleticism and intelligence -- he graduated in three years with a double major from Stanford.

"No matter what it was, whether it was a change of his grip or an adjustment of his feet, I only had to show him once, and he had it," former Orioles pitching coach Dick Bosman said. "I've had some other pitchers that you could tell them the same thing 100 times, and they still wouldn't get it."

Mussina used to insist the left-center-field fence at dinky Oriole Park at Camden Yards was closer to home plate than the sign on the outfield wall indicated. So one day, he walked it off with a tape measure, and lo and behold, it was 8 feet shorter than advertised.

Mussina's intelligence and wry sense of humor weren't always appreciated. He once walked through the Yankees' clubhouse before a game and saw two teammates playing a board game. Mussina looked at the board and said, "Perfect for you guys -- ages 8 and up."