ESPN
By Joe McDonald
GOTHENBURG, Sweden -- Even professional hockey players get excited about playing their first game of the season.
For Team Sweden goalie Henrik Lundqvist, when he laces up his skates against Team Finland in a World Cup of Hockey pretournament game Saturday at Scandinavium (noon ET, ESPN3), it's an opportunity to play at his hometown rink. More importantly, he considers it a chance to begin his season strong.

"Yeah, I'm excited," Lundqvist said. "It's a very special place for me to play here. Growing up, 5 years old, this is the first place I watched a real hockey game. [Vastra Frolunda HC] was my favorite team growing up and I played here for a lot of years, so to come back here and have the camp here and get the opportunity to play for Team Sweden is very special to me and I look forward to it."

The 34-year-old goalie has not played in a game since April 23, when he allowed six goals on 23 shots and was pulled after two periods in the New York Rangers' 6-3 loss to the Pittsburgh Penguins in the series-clinching Game 5 of the first round of the Stanley Cup playoffs. It was a frustrating finish to what he thought was a good overall season for the Rangers. He took time during the summer to reflect and refocus his efforts to prepare to represent his country at the World Cup in hopes it will be a springboard to the regular season with the Rangers.

Lundqvist has been competing extremely hard during practices. He's even trying to stop the third and fourth chances to try to simulate the game action. Most of the drills he's been doing have been in small groups, so now it's about getting his timing back.

"I needed [those reps]," he said. "I've been skating for over a month, but it's been with five guys, 10 guys, 12 guys. I talked to the goalie coach [Stefan Ladhe] and it's important for me to get a lot of pucks and a lot of pucks in speed."

Before training camp, he was practicing with local college, AHL and NHL players in Gothenburg. He described it as beneficial in different ways. Most would think when a college or minor-league player gets on the ice with a world-class goalie like Lundqvist, those young players might try to do too much and compete over the top to get the best of a veteran goalie. Maybe even buzz the tower a few times. But that wasn't the case. Working with younger players gave him a different look.

"They're out there flying and personally I need some time to work on my game. They might score a few early on, but hopefully after a while it's hard for them to score," Lundqvist said with a smile. "But it's a good challenge. Guys that come up now, they're hungry, they're fast and have great techniques. Sometimes they do different things compared to the veteran guys with the puck and it's like you have to be ready for anything, especially when you do one-on-one stuff."

Finland defeated Sweden 3-2 in overtime in the first preseason game Thursday at Hartwall Arena in Helsinki, Finland. Lundqvist made the trip with the team but did not dress for the game. Training camp began Monday and he's been getting plenty of practice.

"I've worked really hard the past month. I've been skating extremely hard and I hope it's going to pay off," Lundqvist said. "I feel like I've done everything I can and now it's about focusing on the details. A lot of it comes down to making good decisions.

"It's not easy to get right back into things. You need to be patient. It's a process to get your game back on track. You work hard in practice but you need to play to get reminders of what you need to work on."

He did practice after the team's morning skate Thursday, but it was important for him to make that trip to show how unified Team Sweden has become. If it had been a preseason NHL road game that he wasn't playing, he might have stayed in New York. But playing for your country is a different situation, especially for a player such as Lundqvist.

"It's fun playing in this tournament and being with the guys," he said. "It's a lot of guys you've known for a lot of years, played with them and against them. Just being around the team is a big part of why it's fun to play for the national team, so you want to travel. You want to sit by the dinner table and talk about stuff because there are new faces too, and you don't see them that often, but when you do see them, it's good times."

When the puck drops Saturday, it won't be the first time he's heard the fans at Scandinavium chant his name. Not only did he play for Vastra Frolunda HC earlier in his career, he also played an exhibition game for the Rangers in this building on Sept. 30, 2011.

"That game with the Rangers was one of the most unique and special games I ever played," he said after Friday's practice at Scandinavium. "It was right where I wanted to be. I played for the Rangers, but to come back and play here in front of people who helped me so much to reach that point of my career, and my parents were here and I played against my brother, there were so many things to take in that it was so hard to focus that game, but afterwards I was so grateful to have that opportunity.

"Now, to be here with [Team Sweden], it's an important time to prepare for the World Cup, so you think about that. This will be just a little, not little but you try to put it aside a little bit, the fact that I'm here in my old place."

It's been a productive few weeks of practice for Lundqvist and now he'll get a chance to finally sharpen his skills in a game for Team Sweden. 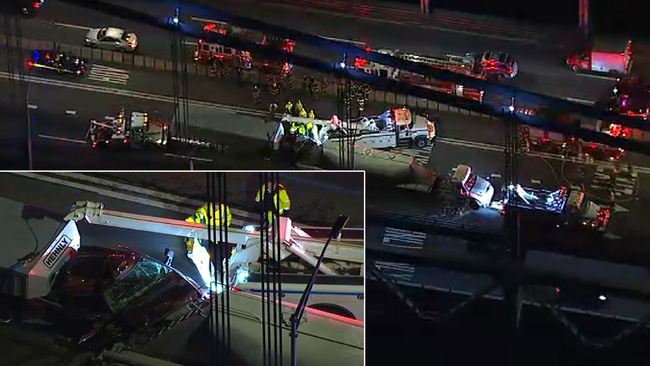