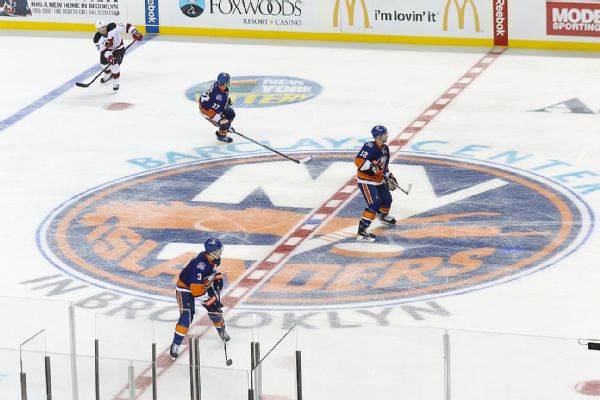 The New York Islanders are looking at Belmont Park as the site for their new hockey arena and plan to submit a bid to the state of New York, NHL commissioner Gary Bettman said Friday.

Bettman also mentioned the land next to the New York Mets' Citi Field in Willets Point as a possible spot for the team, while noting that the team's former home, a renovated Nassau Coliseum is "not a long-term option."

"Yes, there is an RFP [request for proposal] for Belmont and I know they are going to participate in that," Bettman told a group from the The Associated Press Sports Editors in New York, according to Newsday. "I believe that everyone thinks there is a terrific opportunity there, if not at Willets Point, to create a more hockey friendly environment for the Islanders, which is something [Islanders co-owner] Scott [Malkin] is committed to do."