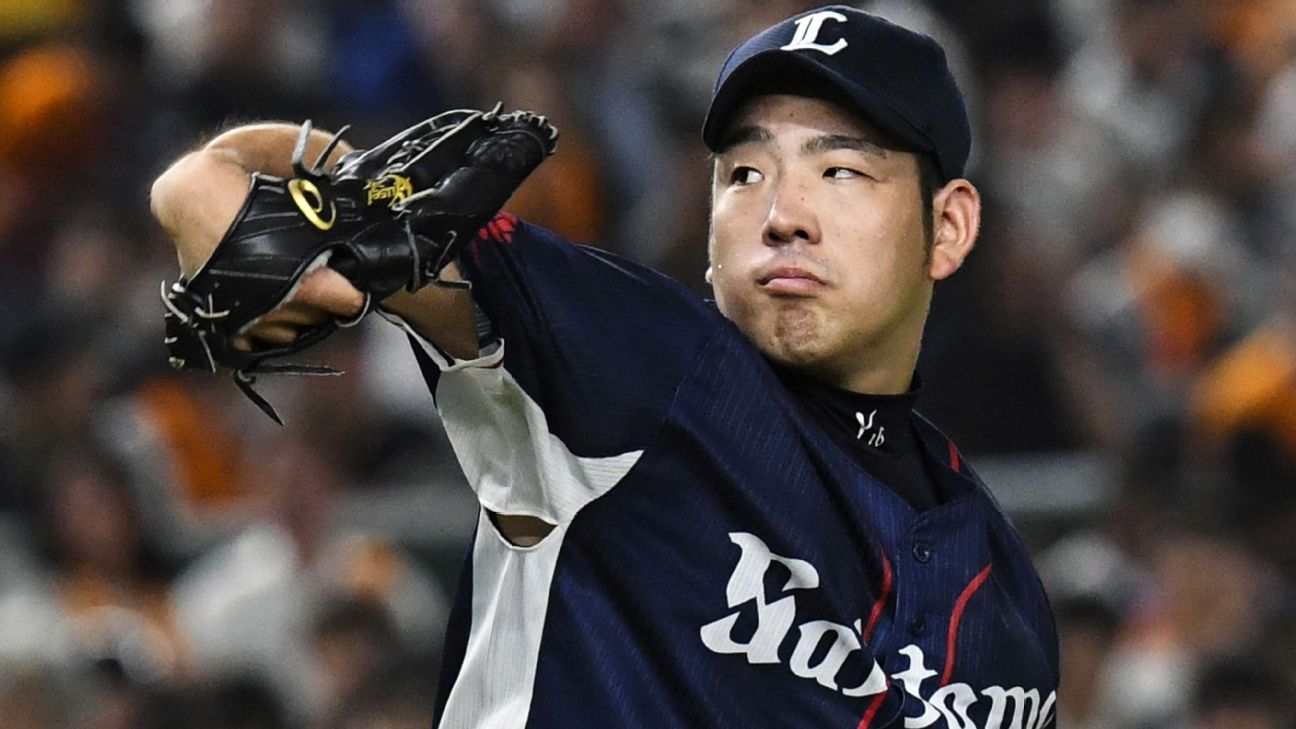 NEW YORK -- Star Japanese left-hander Yusei Kikuchi will be available to major league teams starting Tuesday, with the New York Yankees expected to be among those interested.

The 27-year-old Seibu Lions ace will have until Jan. 2 to sign a contract with a big league club. The Lions would then receive a posting fee based on the dollar amount of the pitcher's contract.

If Kikuchi doesn't reach a deal with an MLB team, he'll remain with Seibu.

Kikuchi, who played for the same high school as two-way star Shohei Ohtani of the Los Angeles Angels, is 73-46 with a 2.77 ERA in eight seasons in Japan.