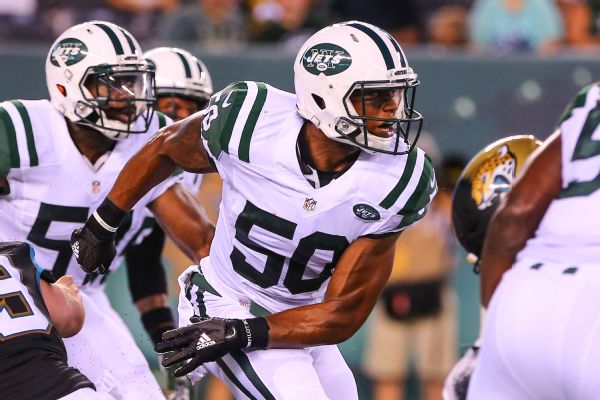 ESPN
By Rich Cimini
FLORHAM PARK, N.J. --New York Jets linebacker Darron Lee won't be disciplined by the NFL for an altercation with a woman that occurred in June at a New York City music festival, the league said Monday.

"Following a review, we concluded there was insufficient evidence to support a finding that there was a violation of the personal conduct policy," league spokesman Brian McCarthy said in a statement to ESPN.

Defensive lineman Leonard Williams also was involved, but he played the role of peacemaker.

Lee, a first-round pick in 2016, got into an argument with a woman later identified by coach Todd Bowles as Lee's girlfriend. Williams interceded and forcibly removed Lee from the altercation.

The incident was caught on video by an eyewitness and posted on Twitter.

No arrests were made, but that doesn't prevent the NFL from investigating potential violations.