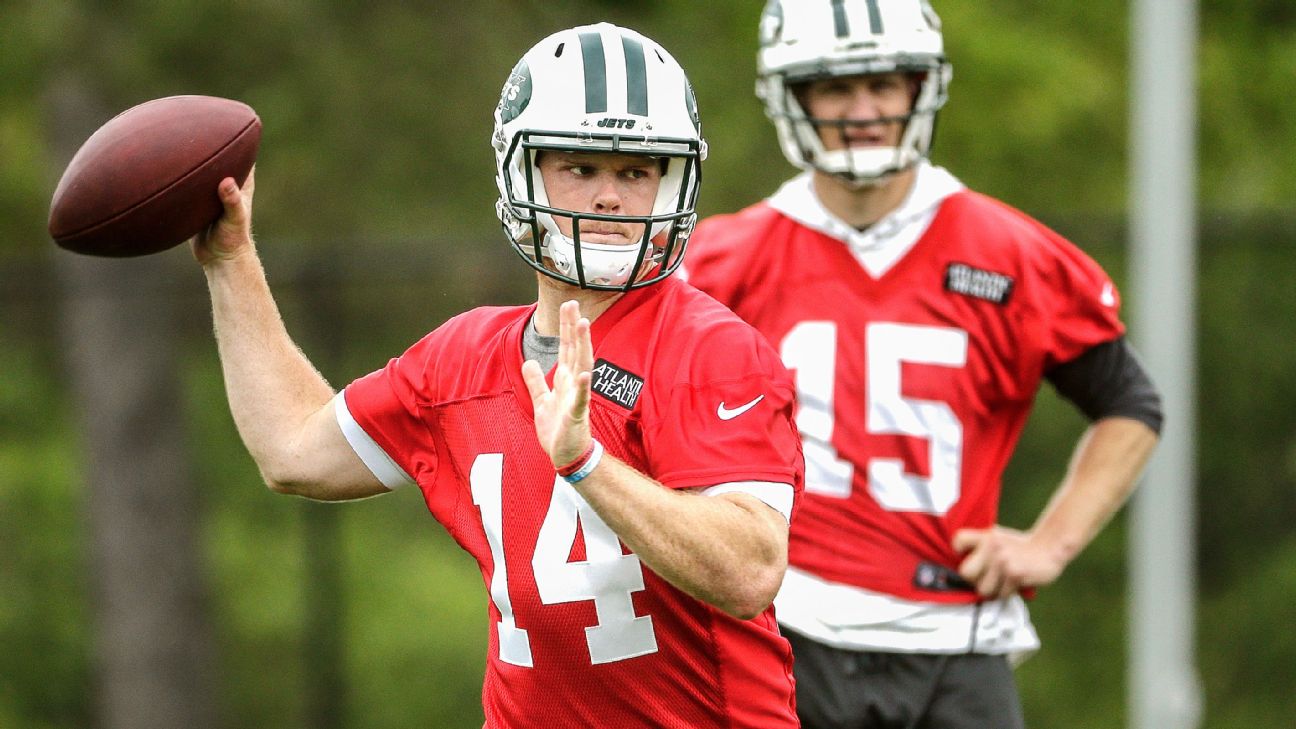 Darnold, the third overall pick in the draft, worked against the Redskins' No. 1 defense during practices.

"Someone asked me about him the other day, and I was like, yeah, whatever, he's just a guy," Norman said. "Then you go out here and see him making these throws and you're like, all right. That's not so much a college-level throw. He's putting them on the money."

Darnold is competing against Josh McCown andTeddy Bridgewater for the starting job. Both worked against the Redskins' defense in various situations, from full-team work to 7-on-7s and one-on-ones. But even if Bridgewater ends up starting, Darnold is the Jets' future.

Norman said he was impressed that Darnold didn't make mistakes and was accurate.

"It's like, dang," Norman said. "You get rookies in here, and you try to mess them with a little bit and bait them a little bit into thinking they're throwing a route, and you can make a play and he's not having it. It's so crazy to see that at an early age. Dak [Prescott] has that; Carson [Wentz] has that. So it's like, man, they must come in here not wanting to screw it up, and he's so far impressed me and I didn't want him to. I wanted to break all rookies. He's been doing a great job."

Norman said that on one play Tuesday, he tried to fool Darnold into a throw, playing a little tighter on an underneath route, knowing another receiver was just a little behind him.

"I gave him some cheese," Norman said. "He held it, and he was going to throw it, and he pulled it back and I jumped back real fast, and I was like, you little devil. OK, I see you working really good right now. I couldn't bait him like I wanted to, and he saw it and he read it out, and he read it out like a vet. You tip your hat to a guy like that, learning at an early age when guys are messing with him and when they're not. It's pretty awesome."

When asked about the Giants' passing on Darnold, Norman said, "I don't know why. But it is what it is. I don't coach teams, but from what I'm seeing with that kid, he's all right, man. He really is. It's going to be interesting to see. He has the smarts and wittiness about him, and he'll make the plays when it comes his way. He'll be successful in this league if he keeps doing that."