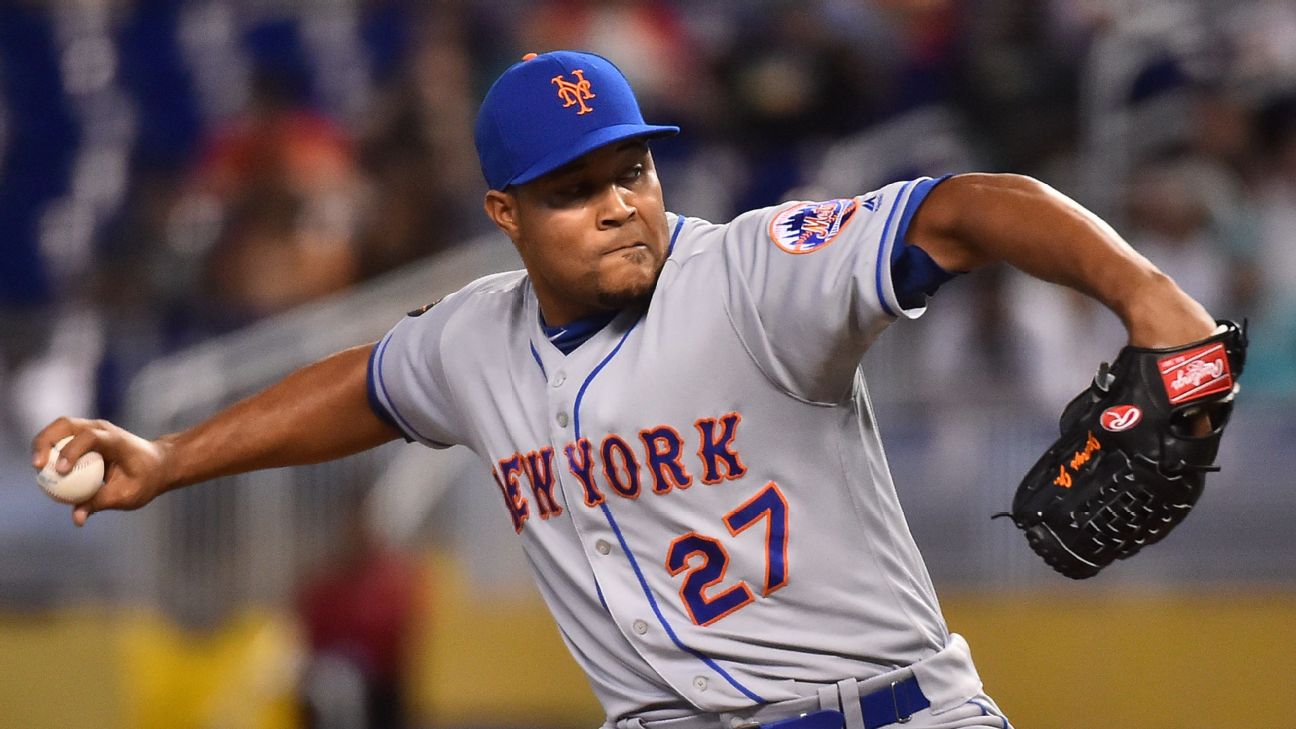 Reliever Jeurys Familia has agreed to a deal to return to the New York Mets, according to multiple reports.

Wednesday's deal, which is pending a physical, was first reported by Yahoo Sports.

The deal is for three years and $30 million, as first reported by The Athletic.

A 29-year-old right-hander, Familia had a 3.13 ERA and an 8-6 record in 70 relief appearances last season for the Mets and Oakland Athletics, who acquired him on July 21 in hopes of enhancing their playoff prospects. Overall, he struck out 83 batters and walked 28 in 72 innings and converted 18 of 24 save chances.

Familia served a 15-game domestic violence suspension at the start of the 2017 season and missed a large chunk of time because of a blood clot in his right shoulder. He had surgery in May 2017 to repair a blocked artery near his right armpit and didn't return until late August. He finished 2-2 with a 4.38 ERA and six saves in 26 games while earning a salary of $6,694,672.

The native of the Dominican Republic saved 94 games for the Mets from 2015-16. He was an All-Star in 2016, when he set a club record and led the majors with 51 saves. But he's also had a couple of costly hiccups in the postseason, giving up a tying home run to Alex Gordon in the 2015 World Series opener against Kansas City and a tie-breaking homer to Conor Gillaspie in the ninth inning of a loss to San Francisco in the 2017 National League wild-card game.