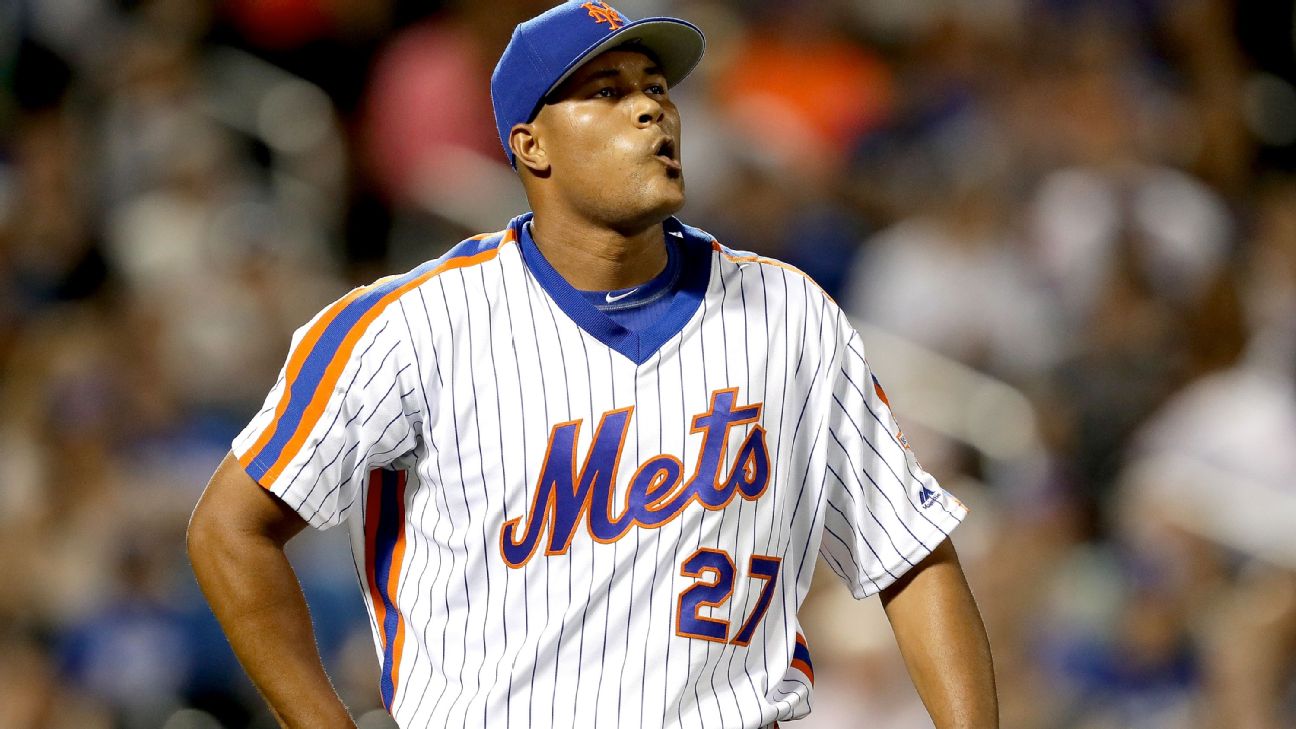 New York Mets closer Jeurys Familia will not pitch in Saturday's game against the New York Yankees as the team continues to work on a trade that would send the right-hander to the Oakland Athletics.

Familia, who also didn't pitch in Friday's game against the Yankees, was still on the Mets' roster Saturday but remained unavailable, leaving the Mets with just 24 players for their matinee contest against their crosstown rivals.

The Mets and Athletics are reviewing medical records of the players involved in the trade, sources told ESPN's Jerry Crasnick.

Mets manager Mickey Callaway told reporters that it was unlikely that Familia would be traded before the 1:05 p.m. ET start of Saturday's game.

After he became aware of his involvement in the pending deal, Famila said Friday that "it's tough for me" to leave the Mets, who signed the right-hander as a 17-year-old in 2007.

Familia, 28, is eligible for free agency next offseason. The former All-Star is 4-4 with 17 saves and a 2.88 ERA in 40 appearances for the Mets this season.