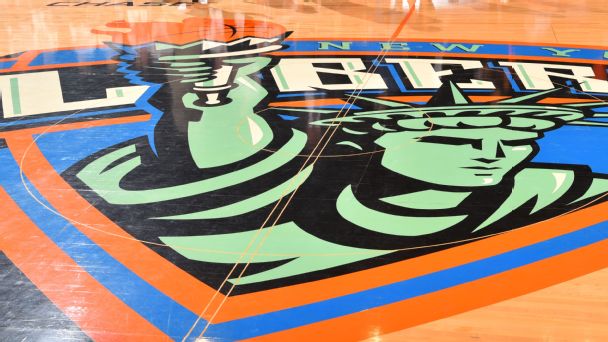 The news that Madison Square Garden Company was putting the New York Liberty up for sale perhaps caught WNBA fans by surprise more for the timing than anything else.

The answer to both might be pretty straightforward: MSG has gone through business challenges the past few years that reflect the ongoing issues that other companies with media-based assets are facing.

The Liberty have existed since the launch of the WNBA in 1997. MSG, headed by James Dolan, owns them. MSG also owns the NBA's Knicks and the NHL's Rangers, along with properties such as Madison Square Garden Arena and Radio City Music Hall.

MSG split its entertainment and media businesses into separate companies in September 2015. There had been talk in recent months of MSG struggling in attempts to sell off the media component, MSG Networks, as "cord-cutting" continues among viewing consumers and impacts the entire media world.

On Monday, MSG's chief executive officer, David O'Connor, stepped down without any reason given. Dolan, the executive chairman, was named interim CEO.

On Tuesday, MSG released its statement about putting the Liberty up for sale. MSG continues to be in a transition mode. Although it doesn't appear that MSG has any plan to sell the Knicks or Rangers -- at least for now -- the Liberty are on the block.

Will the WNBA stay in New York, and if so, who will own the Liberty, and where will they play their games? Those are big questions facing the league now.

On one hand, Dolan deserves credit for being the last original owner involved with the WNBA. On the other hand, it never seemed like the Liberty mattered a great deal to him. In the statement released by MSG on Tuesday, the only person Dolan thanked by name in connection to the Liberty was Isiah Thomas. That made more than a few eyes roll among WNBA followers.

Thomas was controversially named Liberty president in 2015, a move that drew scorn because of his involvement as a defendant in a sexual harassment lawsuit against MSG while he was previously with the Knicks organization. Anucha Browne Sanders was awarded a judgment of $11.6 million in 2007.

Thomas' move to become Liberty president in 2015 was also supposed to be linked to his having an ownership interest in the team. But that ownership application was tabled indefinitely by the league after opposition from other owners. There was speculation at the time that Dolan might get out of the WNBA in part because of irritation about the Thomas situation.

There have been other times over the past two decades when rumors sprang up about MSG potentially selling the Liberty. There have been stretches in which it seemed like the Liberty ran on inertia as much as actual leadership.

One example occurred just after the 2010 season ended. Carol Blazejowski, who had been the Liberty's general manager from the team's inception, had been let go. Anne Donovan had left after a season and a half as coach, and the media relations position was vacant as well. It was difficult to pinpoint who was actually in charge of the Liberty for a while.

Blazejowski took her share of criticism from Liberty fans who second-guessed her moves, though that's just part of pro sports. But you had to give her points for longevity. She was in the position for 14 years, and in the seven years since, three people -- John Whisenant, Kristin Bernert and Bill Laimbeer -- held that role.

Laimbeer was also coach the past five seasons, but he left the Liberty in October to take over as coach and president of basketball operations for the Stars franchise that is moving from San Antonio to Las Vegas. Did Laimbeer see the writing on the wall before he walked away from the Liberty?

Katie Smith is now the team's head coach, but she faces a very new landscape with the Liberty, provided the team gets new ownership.

The Liberty finished this past regular season on a 10-game win streak and entered the playoffs feeling confident. But for the second year in a row, they lost in the single-elimination second round. In the last year of the previous playoff format, 2015, the Liberty fell at home to Indiana in the decisive game of the Eastern Conference finals.

The Liberty have never won a WNBA championship, but they are usually in the playoffs, having made the postseason in 15 of their 21 seasons. That is something for a potential new owner to consider.

So is this: The Liberty fans might have voiced perpetual gripes about everything from customer service to front-office decisions. But they have still loved their team. I mean LOVED their team. The Liberty's true fans cared as much as any fan base in the league. It would be heartbreaking to see them lose their team.

It would seem that the NBA and WNBA should be extremely committed to keeping the Liberty in New York. If the team's time at the Garden has indeed ended, that seems quite sad, but the priority has to be staying in the Big Apple -- on the New York or New Jersey sides -- if at all possible.

Another original WNBA franchise, the Los Angeles Sparks, appeared potentially in danger of leaving L.A. between the 2013 and '14 seasons, but the Magic Johnson/Mark Walter-led group that owns the Dodgers stepped forward to buy the Sparks and keep them in place.

We can hope that there's an owner or ownership group who will do the same for the Liberty.
Report a correction or typo
Related topics:
sportsespnmsgwnbanew york libertymadison square garden companybill laimbeerjim dolannews au espnwliberty for saleespnwkatie smith
Copyright © 2020 ESPN Internet Ventures. All rights reserved.
More Videos
From CNN Newsource affiliates
TOP STORIES