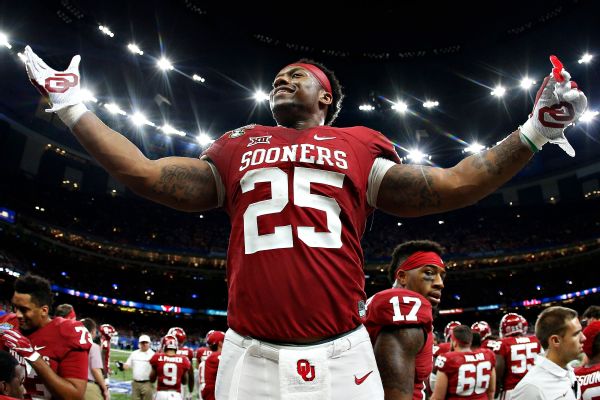 "I'm going to tell them the complete truth," Mixon said in a phone interview. "That it's never OK to be in the situation I was in or to ever hit a woman. I'm looking for them to get to know the actual me."

Mixon's controversial career in Norman came to a close with Oklahoma's 35-19 victory over Auburn in Monday's Sugar Bowl, in which he scored two touchdowns and gained 180 yards from scrimmage -- 91 rushing on 19 carries and 89 receiving on five catches.

A third-year sophomore, Mixon was suspended for the 2014 season for punching a woman at a Norman deli. The ramifications of the incident resurfaced in December, more than two years later, when Mixon's attorneys released surveillance video of the incident.

The video showed the victim, Amelia Molitor, shoving Mixon and then slapping him. Mixon then punched her in the face, breaking her jaw, eye socket and cheekbone. He received a deferred sentence and community service at the time.

Mixon made a tearful public apology in December, saying he wanted to address the issue earlier but that his legal team advised him not to. Previously, Mixon said in an interview with police that racial slurs were hurled at him by Molitor's friend, which he said initiated the incident.

Mixon said he flew to Oklahoma from his home state of California on Thursday morning to deliver the news to his coaches in person. Mixon met with several Oklahoma assistants individually, then spoke over the phone with head coach Bob Stoops, who was out of town.

"I told him I had prayed with my family, and we came up that the best decision was to enter the draft," Mixon said. "I just thanked him for everything he did with me, giving me a second chance, sticking by me, never giving up on me."

Mixon noted the decision whether to leave or stay was his alone, and that Stoops wished him well.

"He said, 'Just keep being the person you are -- you're a great person. Keep your head straight,'" Mixon said. "Basically, that I'll have a great career in the NFL."

Mixon, who finished the season second nationally in all-purpose yardage and was an All-Big 12 selection,said he received a first-round grade from the NFL advisory committee. As to where he might actually get drafted, Mixon said, "We're just going to have to see."

On ability alone, ESPN NFL draft analyst Mel Kiper Jr. ranks Mixon as his fifth-highest-rated running back behind Leonard Fournette, Dalvin Cook, D'Onta Foreman and Christian McCaffrey. But Mixon is not on Kiper's Big Board or his list of top 10 running backs in his latest ranking.

Mixon's agent, Peter Schaffer, told ESPN.com it's going to be on Mixon to prove to teams that he's worthy of being selected, but that he believes that will happen.

"What the NFL teams have said is they all have an open mind to try and explore who Joe Mixon is, and Joe is going to have the next ostensibly five months to prove to people that he's worth it, the second chance he's been blessed with," said Schaffer, adding that he's confident Mixon will be invited to the combine. "The ball is in his court. What he does between now and the draft will determine his draft position.

"From everything I've seen I think he's going to impress a great deal, every team. I think that as long as they have an open mind to explore the type of person he is and how remorseful he is for his actions, I think that not only is he going to have a great career, but he's going to be able to make a great impact to any community he goes to." 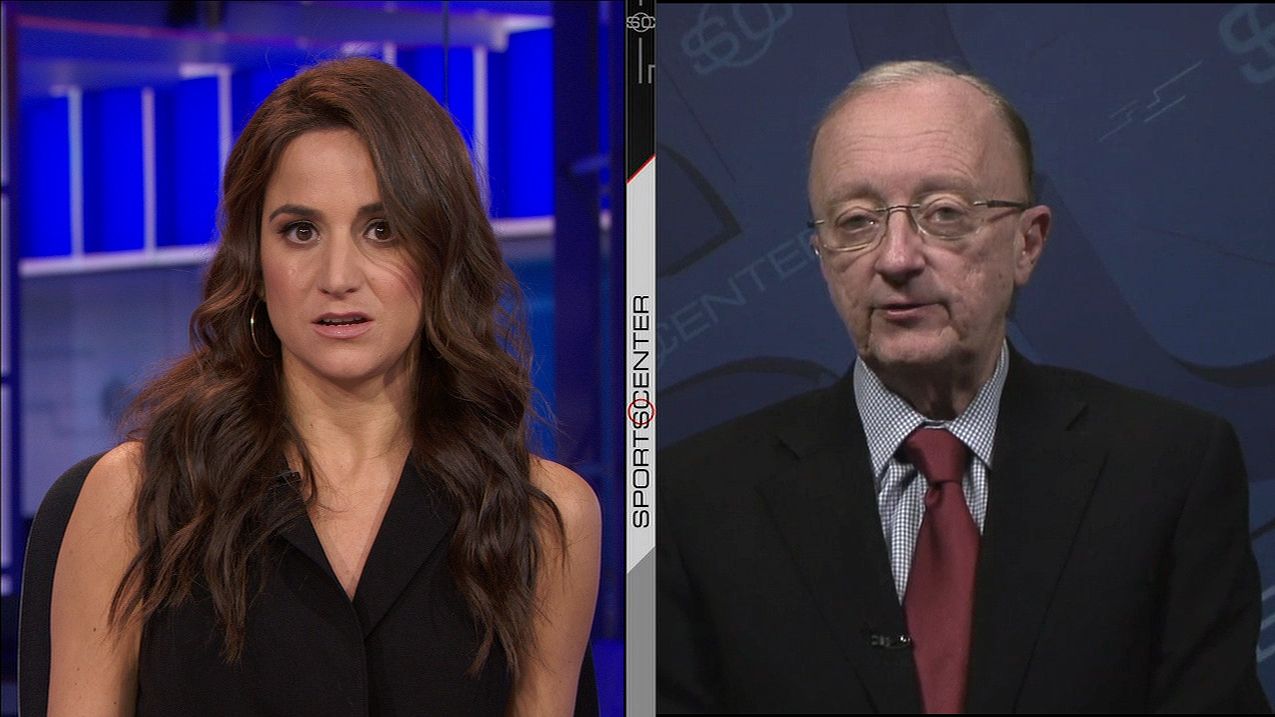