ESPN
By Jeff Dickerson
LAKE FOREST, Ill. -- Bears coach John Fox would not guarantee that Jay Cutler will be the team's starting quarterback when Cutler receives the necessary medical clearance to return from a right thumb sprain.

"I don't think there are any givens. And that's no indictment on anybody," Fox said when asked directly about Cutler.

"This is a day-to-day, week-to-week, what-have-you-done-for-me-lately league, and so we're just trying to get the best 11 guys out there regardless of the position to where we can play a full 60 minutes and get a victory."

Cutler was inactive in Week 3 after he suffered thumb damage on his throwing hand in losses to Houston and Philadelphia. Cutler started versus the Eagles last Monday night (a 29-14 loss) but removed himself from the game following a third interception. The 33-year-old admitted he had a difficult time gripping and controlling the football.

Fox started Brian Hoyer--30-of-49 pass attempts for 317 yards and two touchdowns -- in Dallas on Monday, but Cutler pushed hard behind the scenes to play in that game.

"I mean, a year ago I think he had a hamstring injury in the Arizona game, I think Game 2 here at home," Fox said. "The quote 'reports' was he'd be out six weeks. He came back and was healthy the rest of the season. I believe he missed the Seattle game. Jimmy Clausen started in his place. And then he returned after one week. It's hard to predict. We'll just see and evaluate him every day."

Fox must now decide if the Bears (0-3) are better off with Hoyer or Cutler on Sunday against the Detroit Lions (1-2).

"I think first of all the medical people have to clear him. I don't think we want to have setbacks with any player who is injured, including Jay," Fox said. "You know we'll evaluate it like I said, with all the questions I get with injuries, we're not playing yet. This is my Monday press conference. Players have tomorrow off. And we'll have a better idea on everybody come Wednesday."

Since the Bears' Week 2 debacle againstCarson Wentz and the Eagles, Cutler's future has been debated in Chicago. The veteran quarterback has no guaranteed money left on the seven-year extension he signed in 2014. The Bears would open up $13 million worth of cap space if they release or trade him next offseason. While Cutler is the most decorated passer in franchise history, he has reached the playoffs only one time (2010) since the club traded for him.

Hoyer, 30, signed a one-year deal in June. The only other quarterback on the roster is former USC star Matt Barkley, who was elevated off the practice squad last week. 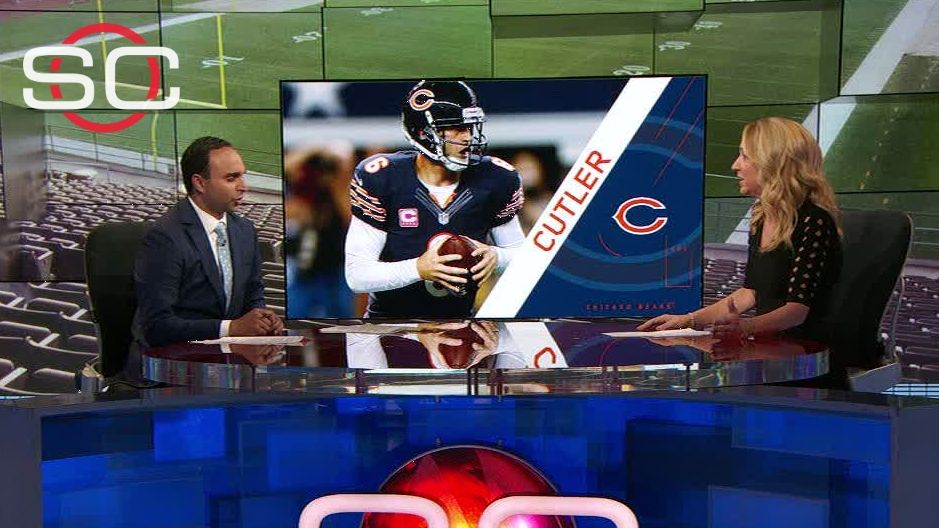