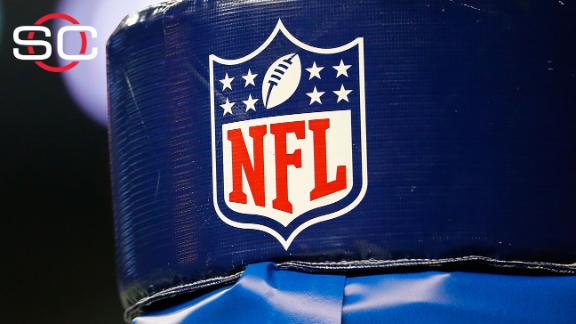 PHILADELPHIA -- A federal judge has approved a settlement agreement that is expected to cost the NFL $1 billion over 65 years to resolve thousands of concussion lawsuits.


NFL actuaries project about 6,000 of the league's nearly 20,000 retired players could someday develop Alzheimer's disease or moderate dementia over the life of the deal approved Wednesday by a federal judge in Philadelphia.


The average award would be about $190,000. Awards could reach $1 million to $5 million for those diagnosed in their 30s and 40s with Parkinson's disease or Lou Gehrig's disease, or for deaths involving chronic brain trauma.

Shawn Wooden, former safety for theMiami Dolphins and Chicago Bears, expressed satisfaction with the outcome of the deal.


"This settlement represents peace-of-mind to me, and to the thousands of other retired players who do not have serious symptoms but worry about what the future may hold," Wooden said in a statement. "We can rest easier knowing that this agreement gives us access to important medical testing now, and provides a guaranteed safety net for those who develop severe neurocognitive illnesses in the future."


The benefits process could start this summer, but any appeal would delay all payments indefinitely.


"What matters now is time, and many retired players do not have much left," said plaintiff Kevin Turner, a former New England Patriots and Philadelphia Eagles running back who has Lou Gehrig's disease.


The league has been dogged for years by complaints that it long hid the risks of repeated concussions to return players to the field.


Senior U.S. District Judge Anita Brody approved the settlement after twice sending it back to lawyers over concerns the fund might run out. The negotiators did not increase the original $765 million plan, but agreed to remove that number as the cap.


The settlement approval, a week before the NFL draft, ends a nearly four-year legal fight.


A trial could have delayed the financial awards and medical testing for years, plaintiffs' lawyers Christopher Seeger and Sol Weiss said.


"Today, these courageous men and their families have made history," Seeger and Weiss said in a statement.


"With over 99 percent participation, it is clear the retired player community overwhelmingly supports this agreement," the lawyers added. "Indeed, throughout this settlement process, we have heard directly from countless retired players who are in dire need of these benefits."


The deal means the NFL may never have to disclose what it knew when about the risks and treatment of concussions. The settlement, Brody wrote, is not an admission of liability or wrongdoing or recognition of the validity of the plaintiffs' claims.


But the NFL has acknowledged the concussion epidemic publicly, changing protocols for evaluating injured players during games and launching an advertising and social media campaign to promote safe play at all levels of football.


The league's top lawyer said Brody's approval "powerfully underscores the fairness and propriety" of the settlement.


"Retirees and their families will be eligible for prompt and substantial benefits and will avoid years of costly litigation that -- as Judge Brody's comprehensive opinion makes clear -- would have an uncertain prospect of success," NFL general counsel Jeff Pash said in a statement.


The total NFL payouts over 65 years, including interest and $112 million sought for lawyer fees, is expected to exceed $1 billion.


Critics contend the NFL is getting off lightly given annual revenues of about $10 billion. But plaintiffs would have first had to fight their way into court -- instead of getting booted to NFL mediation under their players' contracts -- to prevail.


"From a business point of view, (the NFL has) ... avoided what may have been the biggest risk to their continued prosperity," said Andrew Brandt, director of the sports law program at Villanova University law school. "Removing this as a threat is extraordinary."


The NFL lawsuits, and similar suits filed later against the NHL, the NCAA and others, have fostered debate, discussion and safety reforms about sports concussions. Yet NFL games seem to be as wildly popular as ever.


Participation statistics also show only a slight decline in the overall number of high school students playing football, and only 5 percent of parents polled last summer by Associated Press-GfK said they have discouraged their child from playing in the past two years as concern over head injuries has increased.

More than 5,000 former players were plaintiffs in the lawsuit.


About 200 NFL retirees or their families have rejected the settlement and plan to sue the league individually. They include the family of Junior Seau, the popular Hall of Famer who killed himself at his San Diego-area home in 2012 after several years of increasingly erratic behavior. An autopsy showed he suffered from chronic traumatic encephalopathy, or CTE.


Brody most recently asked for several tweaks, including partial credit for time played in NFL Europe and other developmental leagues, to broaden the settlement. Negotiators quickly agreed to her suggestions.


She rejected other complaints raised in 83 written objections and at a November hearing, including those who say the agreement does not cover future deaths from CTE, a degenerative brain disease that can only be diagnosed after death, or contemplate the day when it might be diagnosed in the living.


Others oppose the award reductions for older men and those who played fewer than five years in the league.


"Although objectors insist that there must be compensation for CTE, the NFL parties were unwilling to settle claims based solely on a (diagnosis) ... rather than on manifest neurocognitive deficits," the lead negotiators wrote in a March court filing urging Brody to approve the deal. "Many of the behavioral and mood conditions claimed to be associated with CTE are prevalent within the general public."