Klay Thompson: I wanted to play Clips, 'they couldn't handle their business' 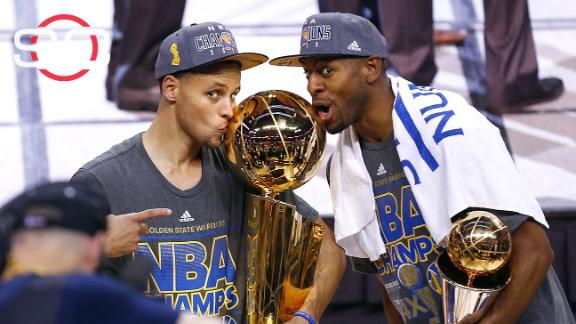 OAKLAND, Calif. --Warriors guard Klay Thompson opened up about an assessment of how lucky Golden State was in winning the 2015 championship -- specifically in regard to comments made by Los Angeles Clippers coach Doc Rivers.

In a recent interview, Rivers told Grantland's Zach Lowe: "You need luck in the West. Look at Golden State. They didn't have to play us or theSpurs."

When asked Friday about Rivers' comments, Thompson said, "That sounds pretty bitter to me."

Then he noted Golden State's 3-1 series record against Los Angeles last season, saying, "If we got lucky, look at our record against them last year. I'm pretty sure we smacked them."

Thompson continued, noting that the Clippers lost to theHouston Rockets, whom the Warriors bested in the Western Conference finals.

"Didn't they lose to the Rockets?" Thompson asked. "So that just makes me laugh. That's funny. Weren't they up 3-1, too? Tell them I said that, too."

Thompson's final word on the topic was, "I wanted to play the Clippers last year, but they couldn't handle their business."