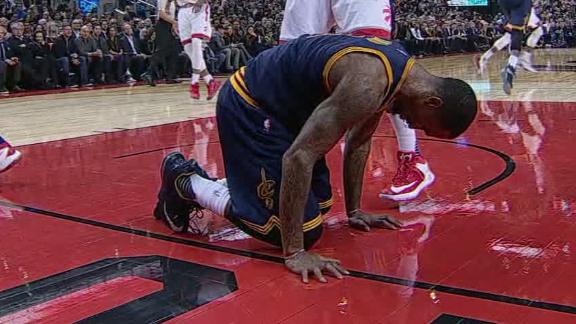 An MRI on J.R. Smith's left knee on Tuesday showed no structural damage, and theCleveland Cavalierssaid the guard will be day to day with what was diagnosed as a knee contusion after missing Wednesday night's game against the hostKnicks.

Smith bruised the knee during the Cavs' victory over the Toronto Raptors on Monday.

He had been battling soreness in the knee for several weeks and the team was considering giving him time off to rest. He returned to Cleveland to have the knee examined instead of going to New York with the Cavaliers.

Smith had surgery on the knee in 2013, when he was a member of the New York Knicks.

Smith, 31, signed a four-year, $57 million deal in October to remain with the defending NBA champions. He has struggled this season, averaging 7.8 points and shooting just 31 percent.