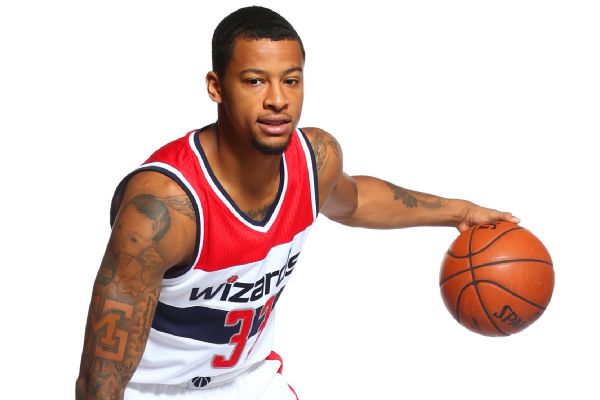 Burke, the No. 9 pick in the 2013 NBA draft, averaged five points and 1.8 assists in 12 minutes per game last season with the Washington Wizards.

Burke was originally drafted by the Minnesota Timberwolves but traded on draft night to the Utah Jazz. Burke finished third in the NBA Rookie of the Year voting in 2013-14 but fell out of the starting lineup in 2015-16 and was traded to the Wizards in the 2016 offseason.

The club has 15 players signed to guaranteed contracts.

Even with 15 guaranteed contracts, New York can keep Jarrett Jack or Burke for the first 12 games while Joakim Noah serves the remainder of his suspension for violating the league's drug policy. Once Noah's suspension is over, New York will only be allowed to have 15 players on the roster.

If the Knicks choose to waive Burke, the club will still have his G League rights.