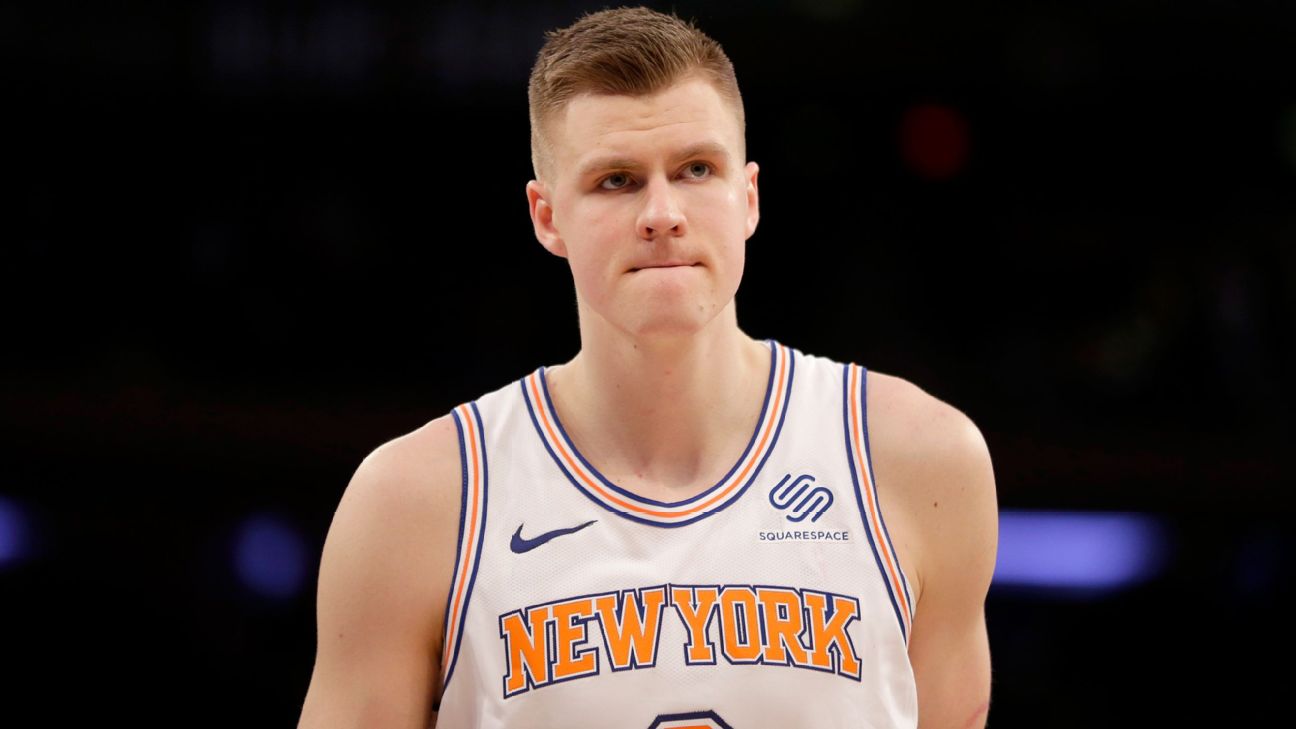 NEW YORK -- Knicks All-Star big man Kristaps Porzingis, who has been out since last February with a torn ACL, is participating in noncontact court activity with coaches and will be re-evaluated in mid-February.

Knicks president Steve Mills says the team is pleased with Porzingis' rehab thus far, although no definitive timetable for his return is available.

"We're happy he's been able to progress to a point where now we can start to [get] him involved with our coaches out on the floor, so that's a step in the right direction," Mills said Friday. "We feel good about the progress, but we're still a ways away and we'll have to do another re-evaluation exactly where he is in mid-February."

It's possible that Porzingis could start practicing with the team before his February evaluation, so a return at that time is not out of the question. The Knicks, though, have said that they will not rush Porzingis' return.

The 23-year-old was evaluated earlier this month by the team's medical staff, which confirmed his knee is healing well.

He recently worked out with a coach on the court for roughly 45 minutes. The workout included Porzingis shooting pull-up 3-pointers and dunking, Mills said.

The team president added the decision for Porzingis to return will be up to both the player and the team.

"This is a mutual process and a mutual agreement," Mills said. "He's looking for us to say, 'Yes, you can play,' or 'You can't play.' And we're looking to him to sort of get a feel for, 'How are you feeling, KP? How does this feel? How do the coaches think you're feeling with these kind of movements?' And then we'll come to some conclusion as to, OK, this is what we're comfortable doing. But it'll be a collective.

"We'll both be on the same page when we decide whatever is next."

The Knicks have struggled without Porzingis, who averaged 22.7 points, 6.6 rebounds and 2.4 blocks per game. New York is 9-24 entering Friday's games.

"Obviously I'm not happy -- we're not happy -- with our record," Mills said. "Even though this is a rebuilding process, I think we've been pretty clear that sort of our approach is to try to win every game we possibly can."

Mills added he's been optimistic with how some young players have developed.

"The most important thing for us is to have Kristaps on the court when he feels comfortable being on the court, and we feel comfortable that he should be out there," Mills said when asked if it was important to have Porzingis back on the court to show potential free agents that he's healthy. "That's more important than any timetable this season, some point in the summer.

"The most important thing is that we know that we've got this guy in a place that he feels comfortable on the floor, and we feel comfortable in his ability to be a part of what we're doing long term. That's more important than anything else we can lay out."

The Knicks declined to offer Porzingis an extension on his rookie contract before the season, so he will be a restricted free agent this summer. Mills on Friday declined to discuss what a potential contract for Porzingis this summer might look like.

When asked about Joakim Noah, who intimated recently that he may have partied too much during his time in New York. Mills said Noah's off-court habits were one reason why the team decided to waive the veteran center before the season and stretch the final year of his four-year, $72 million contract.

"There was a reason why we thought that [waiving Noah] was the best thing for the culture and the environment of our team," Mills said.

Mills was the team's general manager under then-president Phil Jackson when Noah was signed in the summer of 2016.