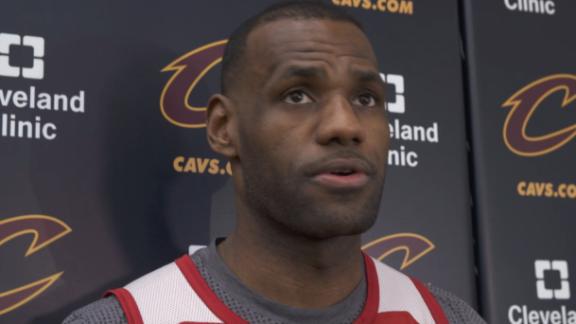 INDEPENDENCE, Ohio -- Speaking to the media after Wednesday morning's shootaround,Cleveland CavaliersforwardLeBron Jamesmade a point of responding to recent criticism stemming from the organization's decision to fire coach David Blatt despite the team's first-place record intheEastern Conference.

"I think it does suck that people want to throw my name in the dirt," James said.

Some have labeled James a "coach killer" for his perceived involvement in Blatt's ouster, portraying James as a puppet master pulling the strings in order to elevate his preferred coach, Tyronn Lue, to the top spot.

"It sucks," James said. "But what can I do about it? I've never, in my time since I picked up a basketball, ever undermined a coach, ever disrespected a coach. You ask any of my little league coaches, my high school coaches, coaches I've played for in tournaments, camps, my NBA coaches. I've always respected what they wanted to do. And I'm not the owner of a team, I'm not the GM of a team. I'm the player of a team.

"People get it so misconstrued because I'm a smart basketball player and I've voiced my opinion about certain things, which I did when I was here my first stint with Paul Silas and Mike Brown. Which I did in Miami with Coach Spo [Erik Spoelstra]. Which I did with Blatt and I'll do with T-Lue. And at the end of the day, they'll still have their final call."

The four-time MVP and two-time NBA champion said he won't hesitate to use his wealth of experience moving forward.

"I don't know," James said. "What do you guys want me to do, turn my brain off because I have a huge basketball IQ? If that's what they want me to do, I'm not going to do it because I've got so much to give to the game. There's no difference for me telling my teammates or telling guys how to get better with their game. If I feel I got something that will help our team, ultimately, I like to give it. It helped me get two titles. So, but I think it does suck that people want to throw my name in dirt for no particular reason, because of speculation or whatever the case may be. But you can't worry about it too much. I got 14 guys here. I got a fan base here and a fan base all over the world that loves what I do, and they respect what I do, and I can't worry about a select group of people that wants to use their negative energy to take away my positive energy. I can't allow that to happen."

Lue was asked about James' bad reputation with coaches before the Cavs hosted the Phoenix Suns on Wednesday.

"I don't have anything to do with that," Lue said. "I don't know about that. From knowing LeBron, I've never known him to have that tag on him like that, so I really don't know much about that."

"LeBron plays for this team, and he's the leader of this team and he desperately wants to bring a championship to this team," Griffin said. "LeBron doesn't run this organization. LeBron is about this organization, and he is of this organization and he's of our community, but this narrative that somehow we're taking direction from him, it's just not fair. It's not fair to him, in particular, but frankly, it's kind of not fair to me and our group anymore."

A radio interview on an Israeli sports talk station between Miami Heat minority owner Raanan Katz and respected international basketball journalist David Pick only fueled the speculation after Pick quoted Katz as saying James "made it clear that he wanted to dump head coach Erik Spoelstra" when he was in Miami. Katz later denied making the claim, telling the Miami Herald "nothing was correct" in the translation of his interview from Hebrew to English, which appeared on Bleacher Report. Furthermore, a Heat spokesman told the South Florida Sun Sentinel on Tuesday that James never attempted to have Spoelstra fired.

When asked about Katz's comments, James said, "I have no idea who that is."

Katz has courtside seats at AmericanAirlines Arena next to the visiting team's bench.

"I've never met that guy," James continued. "I don't even know if a lot of guys that actually played ever met him. I was there for four years, and I never met him. I think my relationship with Spo had nothing to do with that. At the end of day, I don't even think ... the fact that I never met him, I don't think he was involved in any of the conversations that goes on with the personnel of the team or the coaching staff or anything. But it's easy to say that at this point. Did he have some type of ... what's his objective? What's his role with the team?"

A reporter then informed James that Katz used to be part-owner of Maccabi Tel Aviv while Blatt was the coach.

LeBron: I've never undermined a coach
LeBron James responds to the label that he's a coach killer and the person who pushed for David Blatt to be fired as coach of the Cavaliers. 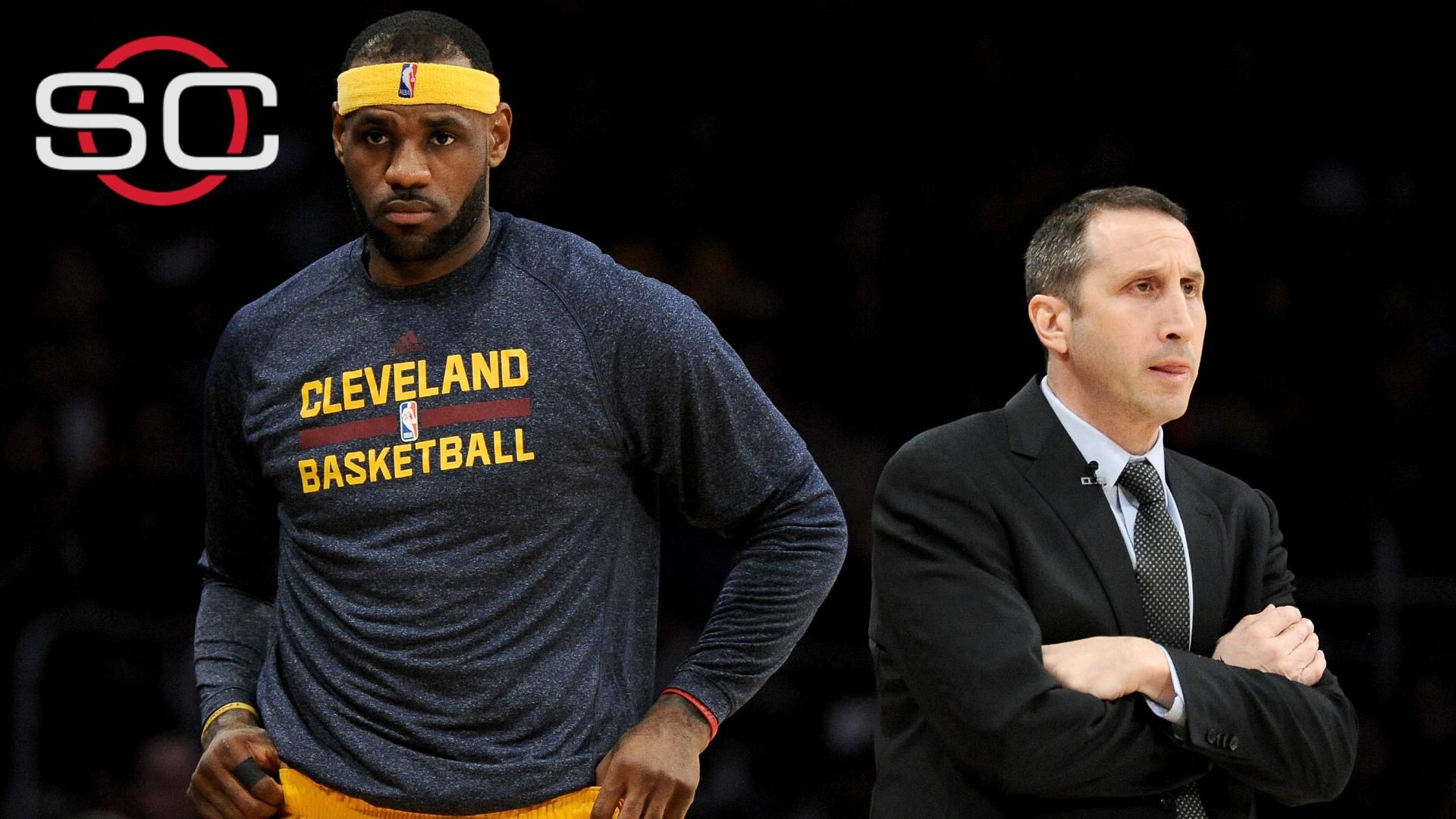 Windhorst: LeBron has undermined, but not a coach killer
Brian Windhorst reacts to the comments made by Heat minority owner Raanan Katz that LeBron James made it clear he wanted coach Erik Spoelstra fired during his tenure in Miami. 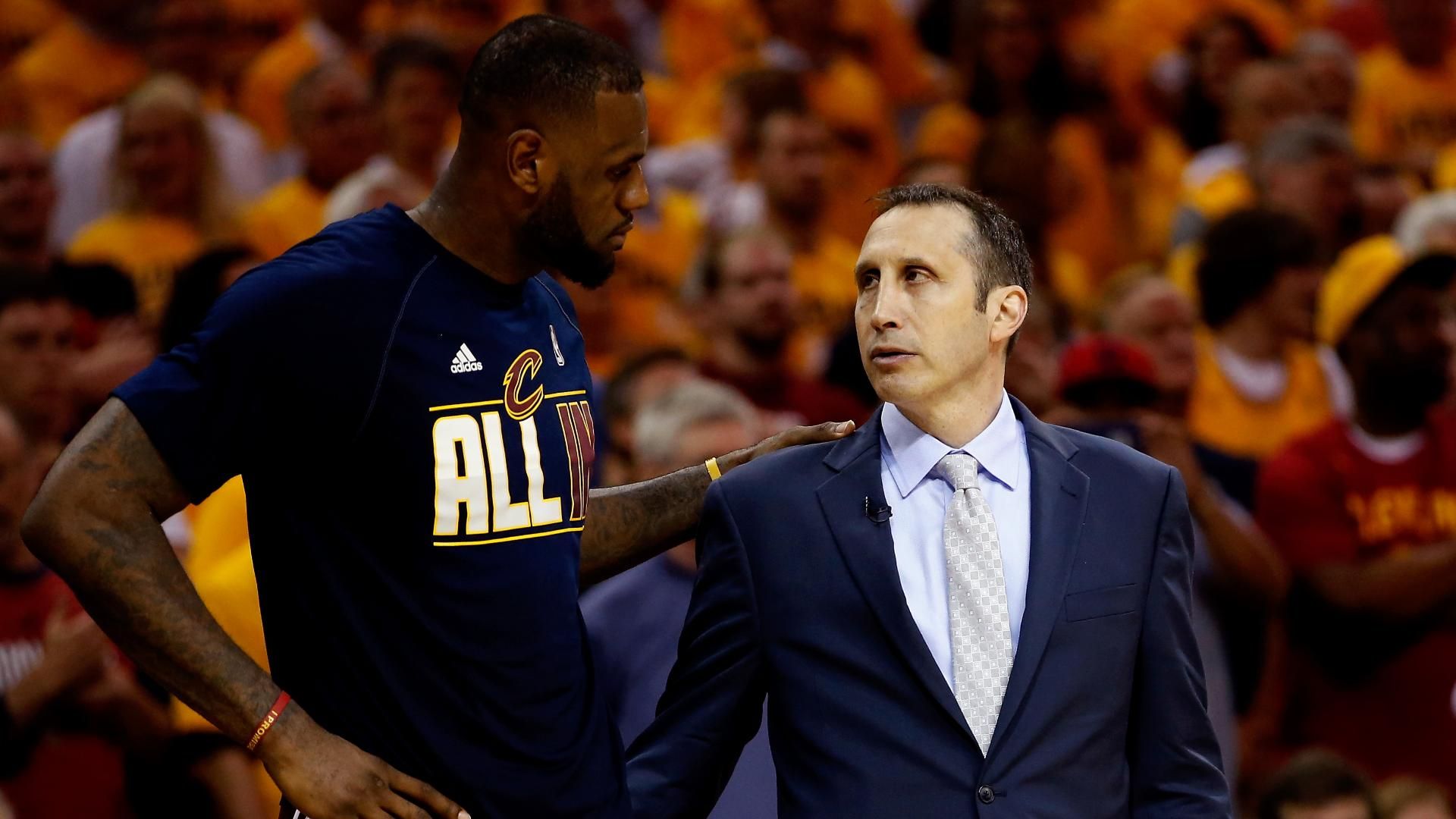 LeBron shuts down 'coach killer' criticism
The Dan Le Batard Show reacts to LeBron James shutting down the idea that he is a "coach killer," after Heat minority owner Raanan Katz said that James "made it clear" that he wanted Heat coach Erik Spoelstra fired during his tenure in Miami.