LeGarrette Blount: No place for Ndamukong Suh in NFL 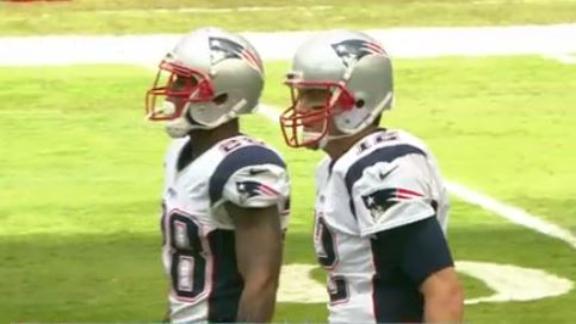 Blount was penalized 15 yards on the play, and he was still steaming after the game.

"There's not many guys in this league like that guy. He's a dirty player. He's always been a dirty player," Blount said in a one-on-one interview with WBZ-TV in Boston. "There's no room in the game for that. At some point in time, guys have to defend themselves when he's doing the things that he does."

The play that sparked the exchange between Suh and Blount was a 2-yard run with 3:43 remaining in regulation, as the Patriots led 35-14 and had replaced quarterback Tom Brady with Jimmy Garoppolo. Suh landed on the back of Blount's legs at the end of the run, and while getting up off the ground, he pushed Blount.

Blount took exception to that, springing to his feet before grasping Suh's facemask with his right hand and ripping off the helmet. With emotions rising, Suh pointed his finger in Blount's direction as umpire Mark Pellis stepped between them to extinguish the situation.

In another notable play involving Suh, this one in the second quarter, he had been penalized for encroachment and knocked over Patriots center David Andrews as he came across the line of scrimmage with force.

"All in all, he got his ass beat. They lost," Blount told WBZ-TV. "He ran into the locker room after the game. We're good."

"Guys are just children sometimes, but at the end of the day you take care of your business and continue to play, as I did," he said.

Blount and Suh get into it
LeGarrette Blount and Ndamukong Suh get into a shoving match after the play, and Blount gets a 15-yard penalty for knocking Suh's facemask off.