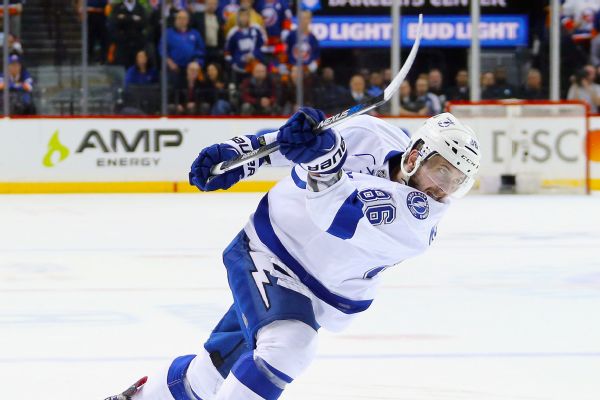 Lightning general manager Steve Yzerman said that the contract is worth an average of $4.766 million per season.

Kucherov, who was a restricted free agent, had been staying away from training camp until he received a new deal.Despite not being in camp, Kucherov did play for Team Russia in the World Cup of Hockey.

He will still be a restricted free agent in 2019 after this contract expires.

Kucherov, 23, topped the Lightning with 66 points last season on 30 goals and 36 assists. He also paced the team in the playoffs with 11 goals and 19 points.