Logan Ryan, taken off COVID-19 list, 'back in the building' and set to rejoin New York Giants' de... 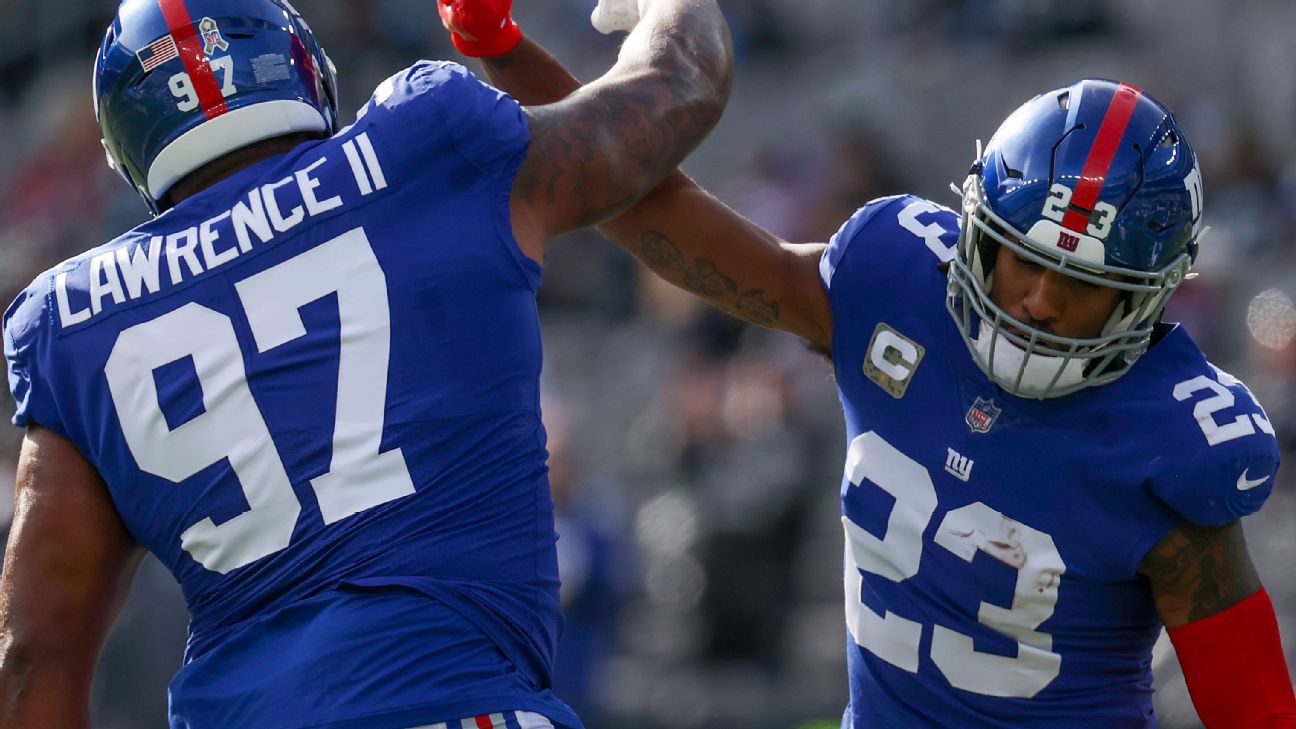 EAST RUTHERFORD, N.J. -- New York Giants safety Logan Ryan was "back in the building" Monday after missing the past two games following a positive COVID-19 test, according to coach Joe Judge.

Ryan, a team captain, was taken off the reserve/COVID-19 list on Monday. It opens the door for him to return for Sunday's game against the Miami Dolphins.


Ryan, who has said in the past he was vaccinated, was forced to stay away from the team for 10 days, unless there were two negative tests within a 24-hour period. The latter didn't happen, and it ended the Giants' longest consecutive starting streak at 24 games. He said last week on social media that he was "doing well" and in "good spirits."

New York (4-7) had to make a last-minute adjustment for last Monday night's game against Tom Brady and the Tampa Bay Buccaneers. It was hardly ideal.

Versatile defensive back Julian Love stepped into Ryan's starting spot the past two weeks. Love had four tackles, a half-sack, quarterback hit, pass defended and fumble recovery in Sunday's 13-7 win over the Eagles with a full week to prepare.


Ryan, 30, is second on the Giants with 72 tackles. He also has a pair of forced fumbles.