Luis Severino gets start for Yankees in wild-card game 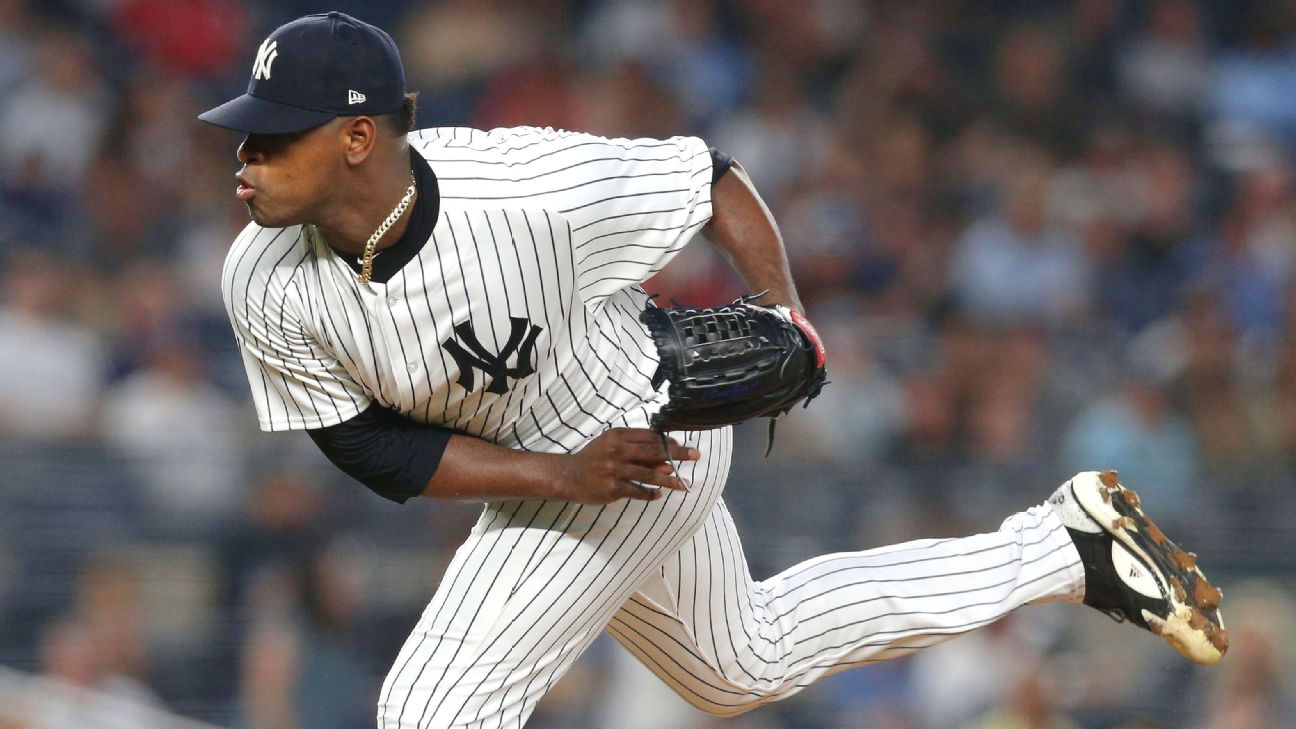 The Yankees will host the Oakland Athletics at 8 p.m. Wednesday.

"After some bumps in the road, certainly in the second half of the season, he's turned a corner and really started to throw the ball better," Boone said. "He's ready for this."

"I just want to win," said Severino, who Boone has indicated may not pitch too deeply into the game. "Whatever happens, if I can go four good innings and then the bullpen comes, that would be great. I just want to win and move up and go to Boston and try to win there."

The winner of Wednesday's wild-card game will advance to the best-of-five American League Division Series against the Red Sox. Game 1 of that series will be Friday night.

Severino got the start in last year's AL wild-card game against the Twins, recording just one out before he was pulled in the top of the first inning. He allowed four hits and three runs before his offense stormed back from the early 3-0 deficit for an 8-4 win.

"Means a lot," Severino said of getting this year's start after last season's disappointment. "Means he trusts me, [believes] that I can be good. I can be better. You guys know me. I can struggle and still be better the next start."

Similar to that outing, Severino will be pulled at the first sign of trouble.

"Hopefully he pitches deep into this game, and if he's pitching well, he'll have that kind of opportunity," Boone said. "But obviously with our bullpen and what we'll have available at our disposal, we'll also be very aggressive in making moves or trying to set up the best matchups, depending on the game." The Yankees' bullpen finished the regular season with the fourth-lowest ERA in baseball (3.38). Its 753 strikeouts only trailed Tampa Bay's 754.

Against the A's this season, Severino was 1-1 with a 6.23 ERA. On May 13 at Yankee Stadium, he went six innings, gave up five hits and one earned run to pick up a win. In Oakland on Sept. 5, Severino lasted only 2 2/3 innings, giving up five earned runs to take the loss.

During that September outing in the Bay Area, Severino and catcher Gary Sanchez combined to allow two passed balls and two wild pitches in the starter's short outing. Both players contend they have fixed those communication problems.

"It should be Sevy. He's our ace," Aaron Judge told reporters.

"It's a big game, and he comes through in those situations," Didi Gregorius added.

Because Happ is on the wild-card roster, he could be appear in what Boone is calling an "all hands on deck" kind of game. If he does pitch, that could affect how Happ is used in the upcoming ALDS, assuming the Yankees advance.

In the event they do advance and Happ doesn't pitch very long Wednesday, if at all, he still would be lined up to make potentially two starts in the ALDS against a team he has had success against.

Happ has a 1.99 ERA in four starts against Boston both with the Yankees and Blue Jays this season. Across the course of his career, Happ has gone 8-4 against the Red Sox. He also has a 5-2 lifetime record at Fenway Park. Despite allowing a grand slam last Friday night at Boston, he otherwise looked strong in a Yankees win.

"J.A. Happ is a very good decision, had we gone that way," Boone said of the wild-card game. "Same with Masa, same with CC [Sabathia] for that matter.

"But I guess in a way I'm going with what I believe is Sevy turning the corner, and what I believe is when he's pitching his best, he'll be the best pitcher on the field. I feel like he's ready for this opportunity, and he's very much looking forward to taking the ball."