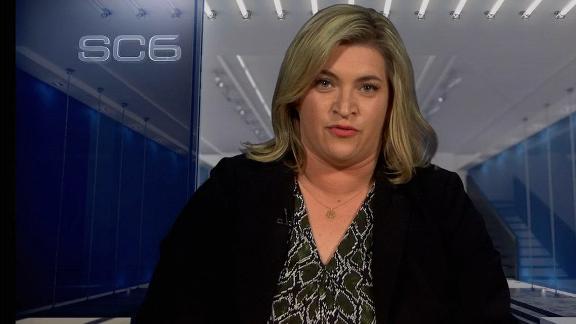 "D'Angelo is an excellent player," Johnson said Friday when the Lakers introduced their top draft pick, point guardLonzo Ball, at their practice facility. "He has the talent to be an All-Star. We want to thank him for what he did for us. But what I needed was a leader. I needed somebody also that can make the other players better and also [somebody] that players want to play with."

The Lakers traded Russell and center Timofey Mozgov to the Nets in exchange for Brooklyn center Brook Lopez and the No. 27 overall pick in Thursday's draft.

For the Lakers, the move was essentially a salary dump, as it allowed them to shed Mozgov's hefty salary -- he's entering the second year of a four-year, $64 million deal -- and take on Lopez's expiring contract.

Those moves should give the Lakers close to $60 million in significant cap room next summer -- enough to potentially sign two max-salary players.

Still, it marked a sharp and surprising end to Russell's tenure with the Lakers.

Johnson, however, kept praising the leadership qualities of Ball, whom the Lakers selected No. 2 overall out of UCLA.

"I went to the high school," Johnson said. "I talked to the principal. I talked to, I think, four teachers, they all said at different times, this guy, everybody attracts to this guy. And I said, OK, that's all I needed to hear. He's a leader. He treats people the right way. I said, OK, we've got our man now."

Indiana Pacers superstar Paul George, a Southern California native, has indicated he would like to join the Lakers when he hits free agency in 2018. LeBron James also is among the stars eligible to be a free agent next summer. It's expected that the Lakers will chase both players.

The Lakers, however, have struck out on big-name free agents in each of the past four offseasons. Johnson was asked about what will be different next summer, since he's essentially betting on himself to turn the team's fortunes around.

"Look at my face," Johnson said, smiling. "Do you see that smile? Do you see it? OK, then. I've always bet on myself, right? I'm fine where we are. I'm happy. I'm excited. Lakers fans should be excited. We're back."

Johnson added, "When you have this much cap space, we're going to be major players next summer. The tide has turned. People want to play here again. It's exciting times for the L.A. Lakers. I wouldn't have made that move if I didn't think I could use that money. Enough said."